Martin Odegaard has insisted that Arsenal do not care about Manchester City or any other team in the Premier League title race.

The Gunners beat Manchester United 3-2 on Sunday and are top of the table; five points clear of their closest challengers City with a game in hand.

Odegaard stated that Arsenal are focusing only on themselves as they look to end the club's 19 year wait for the Premier League title. 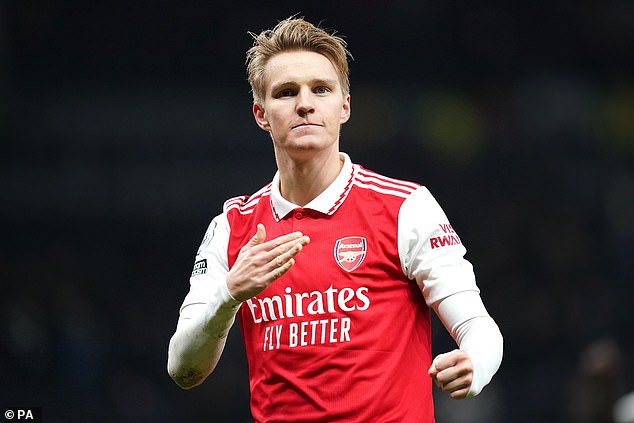 Speaking after the game Odegaard said: 'Honestly, we don't care about City or any other team. We expected them to win so that was not a big surprise. We just focused on our game, to come here and win and that's what we did. The way we won this game gives us a special feeling that will help as well.'

Odegaard was eager to stress that Arsenal need to remain 'humble' given that the season is only at its halfway point. 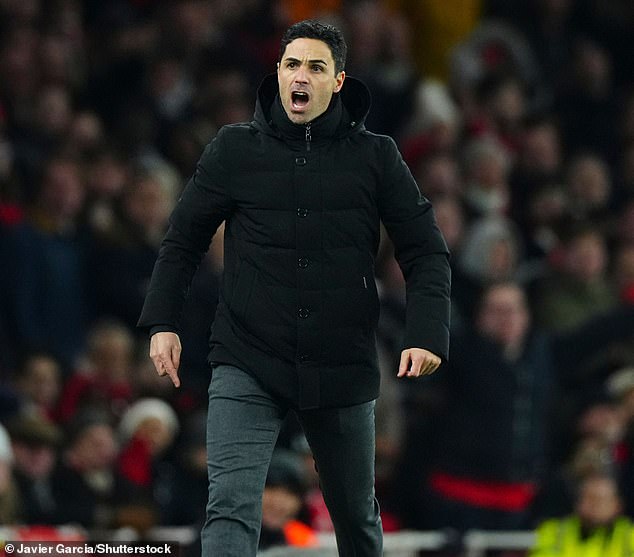 After beating Manchester United, Arteta's side are five points clear of City with a game in hand

He said: 'It's a long season. We're just halfway through. There are many games to be played, so we have to stay calm and humble. It's way too far ahead to think about that now.

'We have to stay in the moment and everyone should enjoy the moment. We're doing really well, but it's a long way to go and we have to keep working and improving.'

Arsenal have surpassed expectations so far this season, with Mikel Arteta's side having won 16 out of their 19 league games. 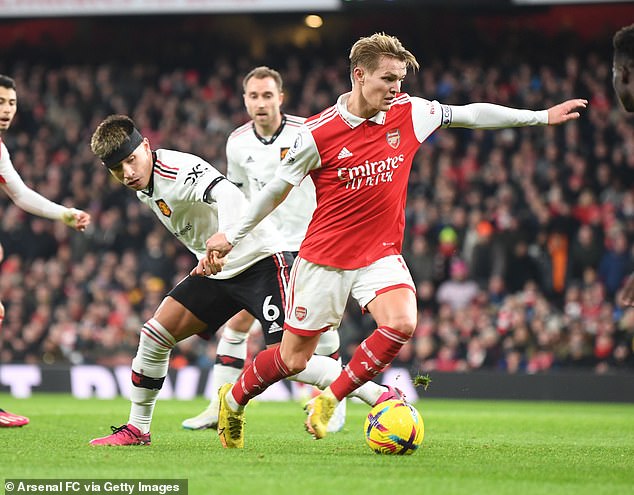 Odegaard, who helped Arsenal beat United, said the Gunners are focused on themselves

Odegaard has played a pivotal part in Arsenal's performances with his superb passing and hard work off the ball.

Arsenal still have to play City twice, and those two games could well go a long way towards deciding who will win the title.

Prior to those games City will host Arsenal in the FA Cup fourth round on Friday, which will give the teams a chance to test themselves against each other.

Odegaard was involved in Arsenal's enthralling win against United, with the performance providing an indication of the club's title credentials.

Newcastle United are in third place - they, along with Manchester United, are eleven points behind Arsenal.