DOMINIC KING: Luis Enrique had joked that things were going too well for his Spain team at the World Cup... now they face adversity - but he'll feel more at home! Newcastle to beat Barcelona to signing of young Brazilian midfielder The truth about Barça's interest in Palmeiras youngster Endrick

Nasser Al-Khelaifi insists UEFA are launching an investigation into Barcelona's financial activity over the summer that saw it sell TV rights and digital assets in multi-million pound deals.

The Spanish side's monetary constraints saw it unable to register new signings at the beginning of the transfer window, leaving the likes of Robert Lewandowski, Raphinha and Jules Kounde in limbo.

However, the Catalan club were able to generate the funds needed by partly selling off future TV rights income and Barca Studios - their in-house media production stable. 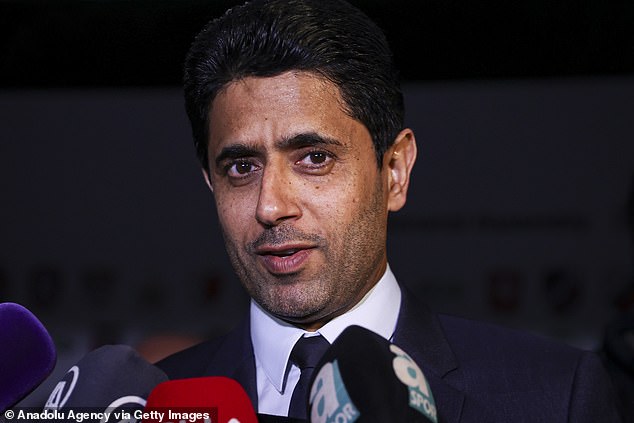 Twenty-five per cent of Barca's future TV rights income were sold to Sixth Street for €517m (£438m), while Orpheus Media bought 24.5 per cent of the club's media company.

Orpheus Media are headed up by Jaume Roures, who is also the chief executive of MediaPro - the company that defaulted on a £2.75billion contract with Ligue 1 just five months into their deal in 2020.

Speaking to Politico about Barcelona's actions, Al-Khelaifi said: 'Is this fair? No, it's not fair… Is it legal? I'm not sure.

'If they allow them, others will do the same. UEFA of course have their own [financial] regulations. For sure they're going to look at everything.

The PSG president had previously taken aim at Barcelona over the weekend at the European Club Association conference in Istanbul. Al-Khelaifi is the chairman of the group. 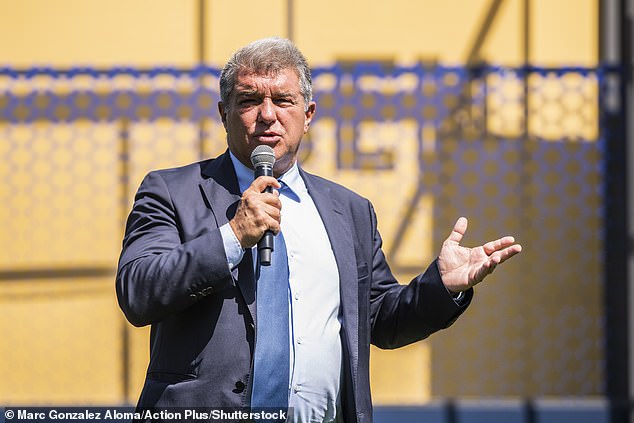 'The new financial sustainability rules are a positive development,' he told an audience during the conference. 'But we need to be careful. Dangerous levels of debt and magical equity deals are not a sustainable path.'

Those comments drew a response from LaLiga chairman Javier Tebas, who took to Twitter to challenge the Qatari.

'There is no magic,' Tebas wrote.

'Barcelona have sold part of their assets to cover their losses, at PSG on the other hand you "turn on the gas". 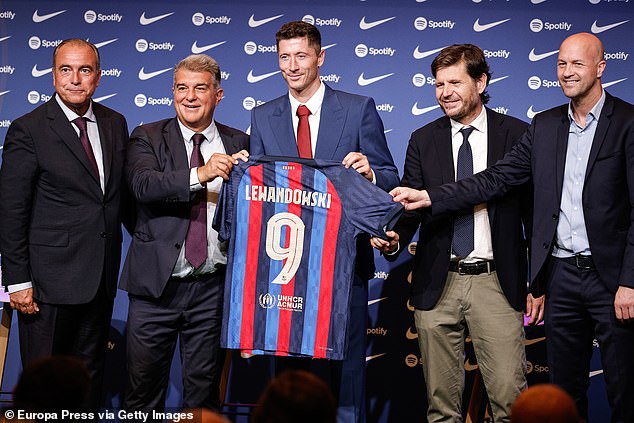 'For a sustainable world of football, the first thing is to pay what is owed, isn't it?'

Meanwhile, UEFA's leading clubs 'are considering the idea of playing some Champions League games in the USA, China or the Middle East', according to claims.

The Athletic believe there will be serious discussions about taking some of the Champions League's best games out of Europe and into other markets, with Al-Khelaifi believed to be backing the plans.

Gerard Pique 'is a shock contender for Spain's World Cup squad after making the preliminary 55-man list'... despite the centre back, 35, falling to FIFTH choice at Barcelona and retiring from international football in 2018!