The heartbroken father of a young footy star who accidentally fell to his death in Spain has shared a touching tattoo tribute to his son.

Liam Hampson, 24, was found dead in Barcelona's Sala Apolo nightclub on October 19 after falling more than 10 metres from a wall in an out-of-bounds area.

The Redcliffe Dolphins player, who had been on a trip of a lifetime around Europe with NRL mates, had gone missing from the same venue around 30 hours earlier after becoming trapped in the non-public access area while looking for a toilet.

On Tuesday, his devastated dad Brett Hampson posted photos on social media of two new pieces of body art on his arm in honour of his son, who was a keen sportsman and avid surfer.

One included Mickey Mouse carrying a surf board, while the second was a quote on his bicep reading: 'Always turn a negative into a positive Hampo #9', in a poignant reference to Liam's playing number. 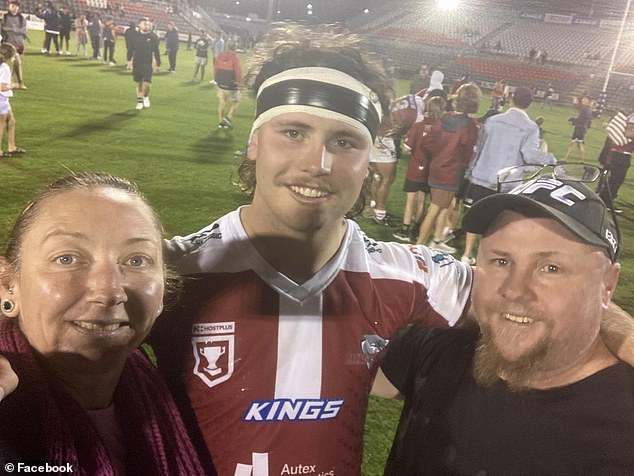 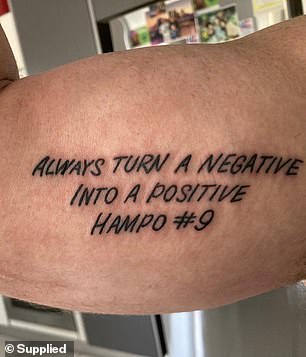 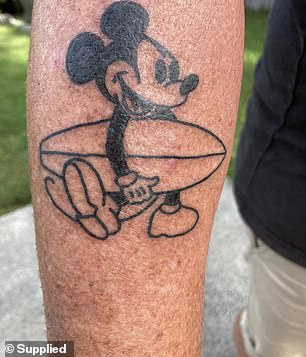 Friends were quick to praise his new ink and send their love to the grieving family.

Emma Jane commented: 'I love this Brett. Such a great reminder to have right there whenever you need it.'

It comes as Hampson's family prepare for his funeral service which will be held at his home ground, the Dolphins Stadium in Redcliffe, in Queensland's Moreton Bay region, on November 7.

Earlier this week, the High Court of Calatolonia authorised the release of Hampson's body to Australia so his family could bring him back home after Spanish authorities finalised their autopsy process.

A funeral invitation posted online by his mother and father asked attendees to dress the way his son would, in 's*** shirts and birks', as part of a service that will be a 'celebration of life'.

'As Liam will have wanted we ask that those attending come dressed in, as Liam would say, 'S*** Shirts and Birks' or casual comfy clothes,' the invitation read.

'We thank everyone for their support and for those who have reached out as we honour Liam's memory as a community, as a team and as a family.

'A live stream will be provided for those who are overseas or interstate and unable to attend.' 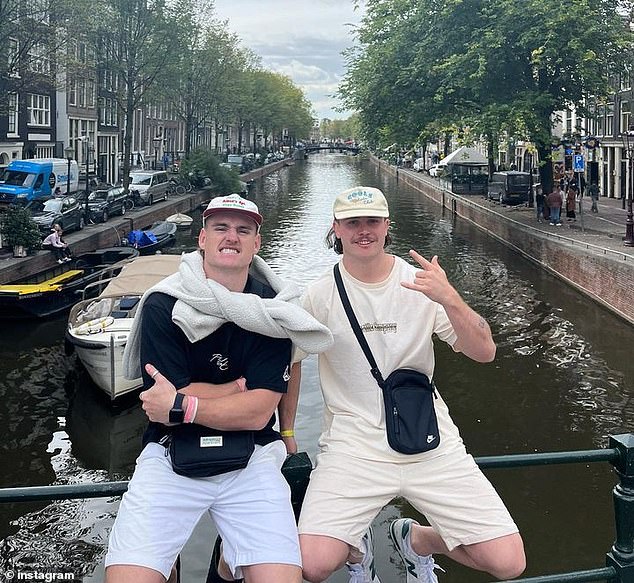 Hampson (right) was travelling across Europe with NRL star AJ Brimson (left) and other mates. Pictured are the pair enjoying the sights of Amsterdam 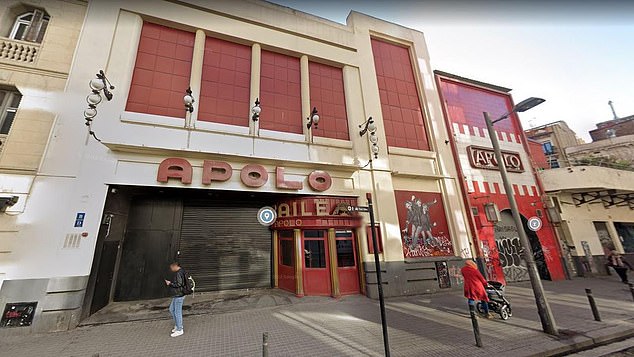 Hampson, who played hooker for the Dolphins and recently helped steer his side to the Queensland Cup grand final, had been travelling with friends including Titans' fullback Alexander 'AJ' Brimson and Broncos stars Jordan Riki and Jesse Arthars.

CCTV footage showed Hampson had become separated from friends then locked out on a terrace after going through two emergency exits that only opened one way.

He then plunged 14 metres to his death onto an internal patio while trying to jump a neighbouring wall.

A frantic search was launched by family and friends, with a missing persons poster circulated on social media, before his body was discovered 30 hours later by nightclub staff who tracked down the sound of a ringing phone to the patio.

Riki quickly set up a GoFundMe that raised $72,448 in a matter of hours to bring Hampson's body home and to support his grieving family as tributes flowed online for the 'beautiful soul'.

'I love you my brother you beautiful soul I'm so sorry,' Riki wrote on Instagram.

'Can't put into words how I'm feeling I love you bro I'm so sorry.'

Campbell Pirihi said: 'You lived life the absolute fullest, you touched so many hearts with that contagious smile and positive attitude.

'Cheeky, funny and down to earth with the biggest heart. That’s how I’ll remember you. Keep those one liners, keep that competitiveness and I’ll see you soon my brother. Love you.'