Gerard Pique - one of Barcelona and Spain's all-time greats - has announced his shock retirement from football.

This Saturday will be the 35-year-old's final game for his beloved club, the culmination of a legendary career, but also the climax of a chaotic few months during which he endured a high-profile break-up with Shakira and was at loggerheads with his paymasters.

The Spanish defender, who has enjoyed 14 glittering years with Barcelona, will play his last game against Almeria at the Nou Camp.

It will bring the curtain down on one of the great modern careers, with Pique having formed a key part of a number of great Barcelona teams in addition to having won a European Championship and the World Cup with the national side.

The reception he will be given by Barcelona fans will be fascinating. He remains a popular figure with many but was booed by supporters during a Las Vegas friendly against Real Madrid earlier this year after his split with Shakira and again more recently this month, this time for refusing to take a pay cut.

The debt-ridden club are desperate to get rid of aging stars on bloated wage packets, with club vice president Eduard Romeu admitting recently that they are being crippled by those contracts.  Romeu said Barcelona had a net debt of €608 million (£534m) as of June.

'What throws us off is the amount we spend on our player salaries,' Romeu said. 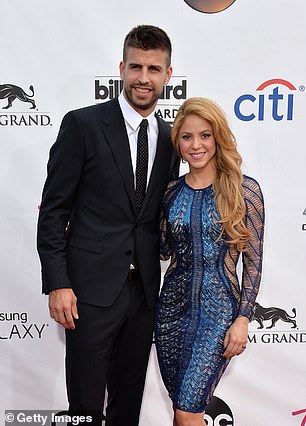 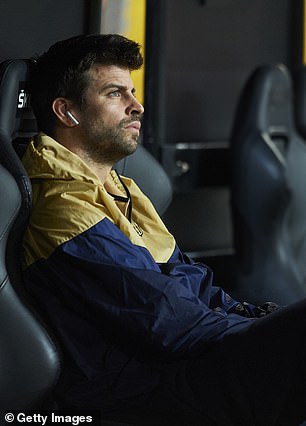 Gerard Pique has announced his retirement from football after a tumultuous few months, including his high-profile split from Colombian singer Shakira 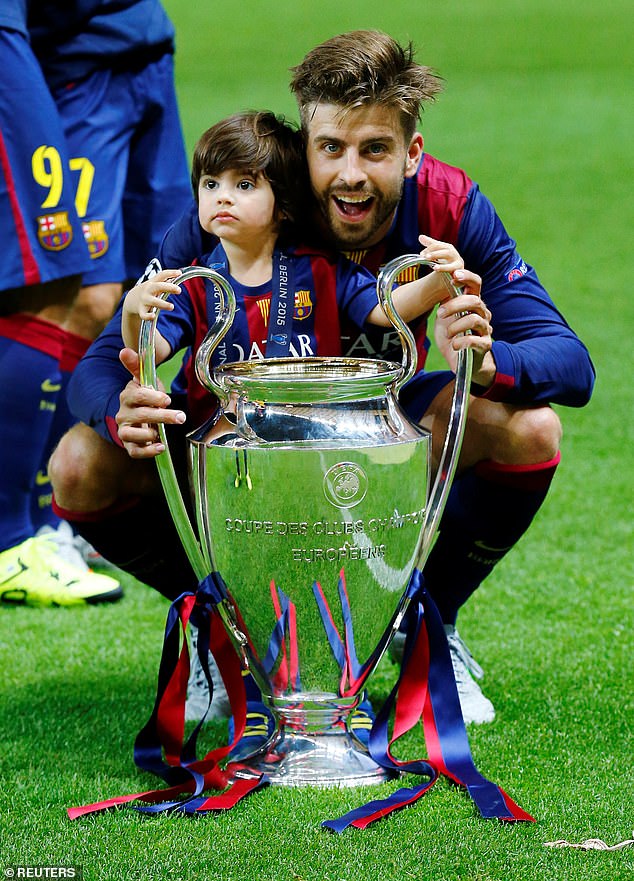 Pique, pictured here with his son Milan after winning the Champions League in 2015, has enjoyed a glittering career at the top of the game for club and country 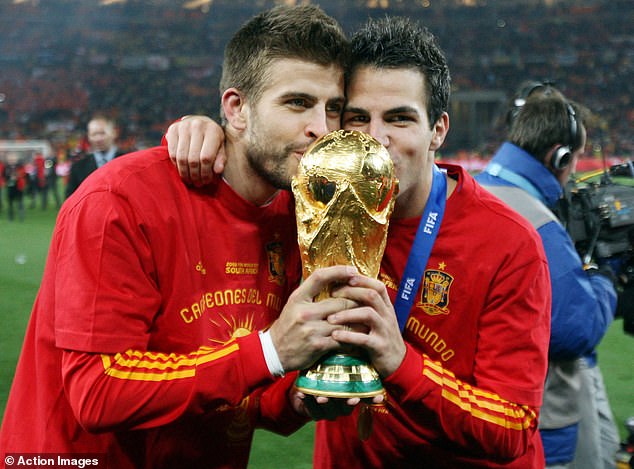 The Spain international helped his side win the World Cup in South Africa 2010, here he is seen kissing the trophy alongside Cesc Fabregas (right) after beating Holland

'There are a group of (contracts) that have a very important cost and between this season and the next they will disappear.'

In January he furiously shared an image of a payslip after a television pundit had said he was the highest paid player at Barcelona. At the time he tweeted: 'People like this are paid by public television to defend their friends. Here is 50% of my salary as of 30 December. Have a bit of respect for yourself.'

Pique's decision to retire, before LaLiga break for the World Cup, will alleviate some of those financial woes and no doubt that decision will be well received by supporters.

His break-up with Shakira after 11 years of marriage was front page news in Spain five months ago and the pair have two sons, Milan (9) and Sasha (7) together. In September, Shakira told Elle magazine: 'I think that the details are somehow too private to share, at least at this very moment — everything is so raw and new. I can only say that I put everything I had into this relationship and my family.'

While Pique's personal life has been splashed across the front pages in recent months, his success on the pitch has also been on the downturn.

His mistake against Inter Milan in the Champions League  was credited by many with being the final nail in the coffin their European campaign. 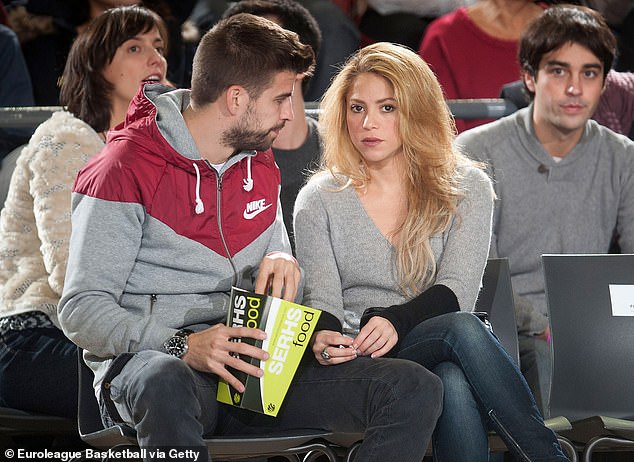 And Pique's most recent post on Thursday night has taken the football world by surprise.

on social media announcing his shock retirement, Pique was filmed at various Barcelona landmarks including the Nou Camp as he narrates message to the club's supporters - or 'culers'.

'Culers, I have something to tell you. The last months, weeks, lots have been talking about me,' he says.

'Until now, I haven't said anything. But now, I want to be the one talking about me. Like many of you, I've always been a Barca fan. I was born into a football-loving family of Barca fans. 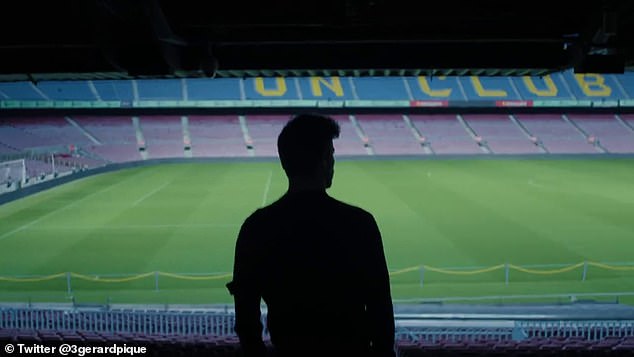 Gerard Pique has announced his retirement from football after a glittering career with Barcelona, Manchester United and Spain 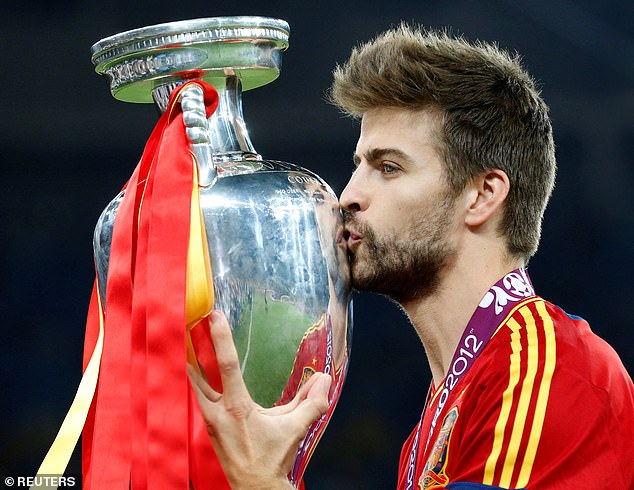 'From a very young age, I did not want to become a football player, I wanted to play for Barca. I have been thinking a lot about that kid lately, about what little Gerard would have thought had all his dreams come true.

'That he would make it to the Barca first team, that he would win every trophy possible. That he would become a European champion and world champion. That he would play alongside some of the best players in history, and captain the club and make friends for life.

'It has been 25 years since I joined Barca, I left and I came back. Football has given me everything. I have always said that I would not be in any other team after I left Barca, and that is how it will be.

'This Saturday's game will be my last at Camp Nou. I will become a regular fan. I will support the team. I will pass my love for Barca to my children, like my family did with me. And you know me, sooner or later, I'll be back.

Having joined the club at the age of five, Pique went on to become one of the great defenders in the club's history. Alongside Carlos Puyol and later Javier Mascherano, Pique formed the bedrock of a side that conquered all in front of them in Europe and domestically.

After winning the Premier League and the Champions League with Manchester United in 2007-08 having left Barcelona, Pique returned to the club of his childhood as Pep Guardiola began his revolution.

His first season back at the club marked the club's most successful in its history, as they won the first of a number of trebles to follow over the next couple of years.

A young Pique announced himself with a series of titanic performances in the league and Europe, not least in Rome against United as Barcelona claimed their second Champions League of the decade with a coming-of-age performance against the reigning European champions.

Having graduated from La Masia, Pique, alongside Lionel Messi, Xavi Hernandez and Andres Iniesta, as well as a host of others, became the neutrals favourite side as they played attractive football having been brought up through the academy together. 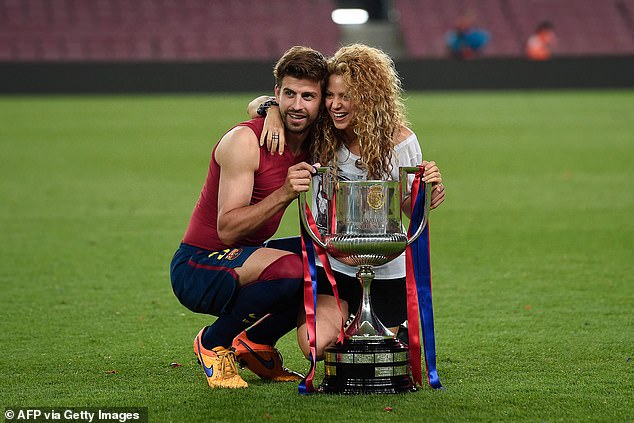 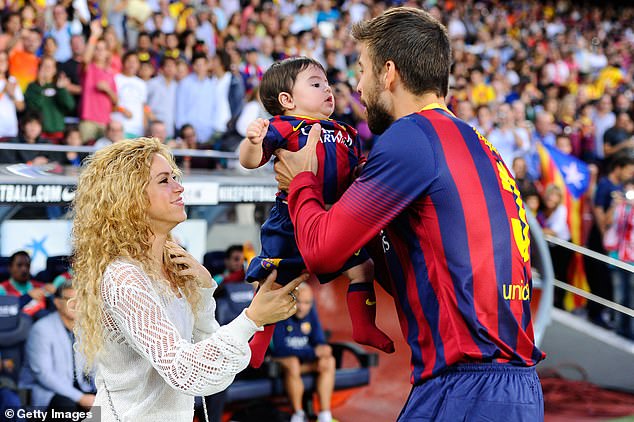 The Champions League win at Wembley in 2011, after which Pique clambered onto one of the goal frames to cut down a net, which remains in the club's museum to this day, is long credited with being the greatest single team performance the game has ever seen.

After surrendering the league title to Jose Mourinho's Real Madrid side, Guardiola - largely through exhaustion and having felt he could take the team no further - departed Barcelona for a sabbatical. A few fallow years followed for the club, including a number of disappointing years in Europe which saw them eliminated by Bayern Munich and Atletico Madrid.

However, in 2014-15, led by the majestic trio of Luis Suarez, Neymar and Messi they won the club's fifth European crown in Berlin with a 3-1 win over Juventus. Pique's role in that year's run cannot be understated, and indeed his overall role in Barcelona becoming one of the continent's most successful side during his career with the club. 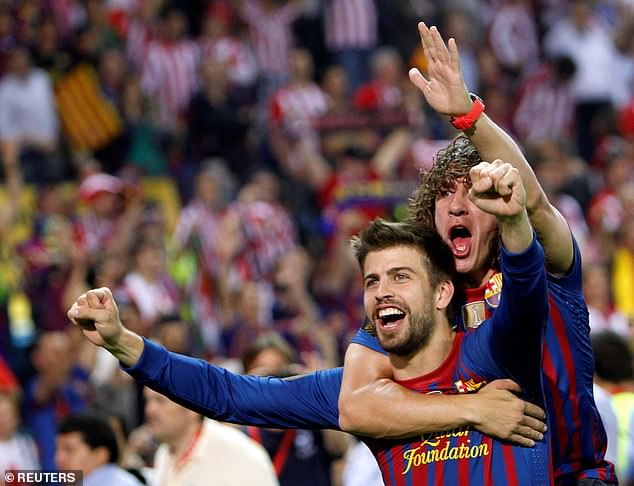 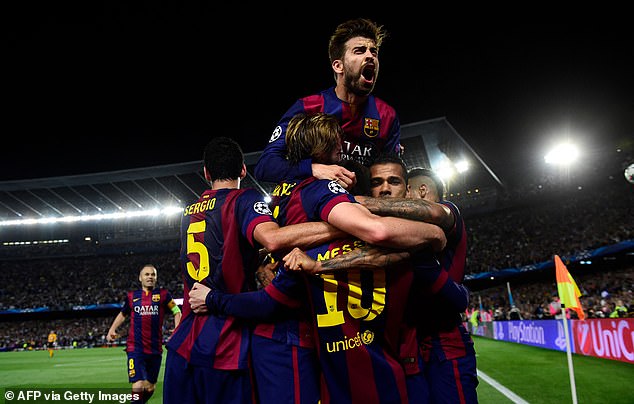 His affection for the side was perhaps not best evidenced than when the economic strife of the past few years struck. Covid-19 closed Pique's beloved Camp Nou and the economic conditions worsened, leading to the nadir, perhaps, of Messi leaving on a free transfer.

Pique, Mr. Barca himself, took one initial cut before opting to take another this summer. After Barcelona's 8-2 hammering at the hands of Bayern Munich in the Champions League in 2020, Pique admitted he would do whatever necessary for Barcelona to get back to where he felt they belonged, inferring he would step aside for the good of the club.

The final few months appeared to be Pique's worst in a Barcelona shirt, as controversy trailed him but perhaps now the dust can settle and he can be remembered as an all-time Barcelona great.