'Arrogant' Hakim Ziyech is slammed by Chelsea fans after 'disasterclass' in shock 1-0 defeat by Dinamo Zagreb... as supporters claim his performance from the bench is 'the WORST EVER cameo in the history of the club'

Blues fans have taken to Twitter to vent their fury at the Moroccan international's performance, after he was introduced at half-time, replacing Cesar Azpilicueta.

But he was unable to make a positive impact as the west London side fell to a 1-0 defeat, as the 29-year-old was wasteful and largely ineffective for much of the second half. 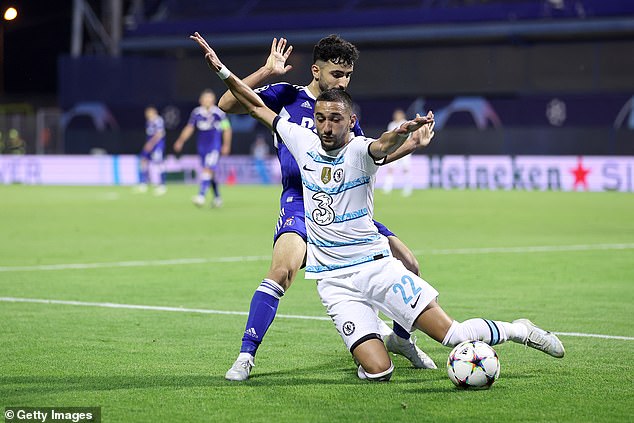 Chelsea fans on Twitter were quick to slam his performance, claiming that it is one of the worst performances from a Blues player coming off the bench.

One user wrote: 'One of the worst cameos in the history of football from Ziyech.'

Another added: 'Ziyech with possibly one of the worst performances ever seen from a #Chelsea player. The rest of his team-mates close behind #UCL.' 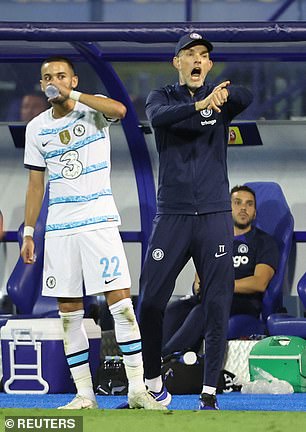 And a third drew comparisons with notorious Chelsea flop Tiemoue Bakayoko, who was shown two yellow cards in 30 minutes against Watford in 2018, writing: 'CONGRATULATIONS HAKIM ZIYECH. You have taken the award off Bakayoko vs Watford for the worst ever cameo in the history of the club.'

After Thomas Tuchel decided he had seen enough in a dire first half, he made the change to bring the attacking forward on for one of his three centre-backs in Azpilicueta to change to a back four.

However the change was ultimately fruitless, and Ziyech's contribution was one of wasted opportunities and poor free-kicks as Chelsea failed to overturn their deficit as Zagreb sealed a rare and memorable European win.

Late in the game with Chelsea pressing for an equaliser, Ziyech insisted he take a free-kick in a promising area instead of regular set-piece takers Reece James and Mason Mount. 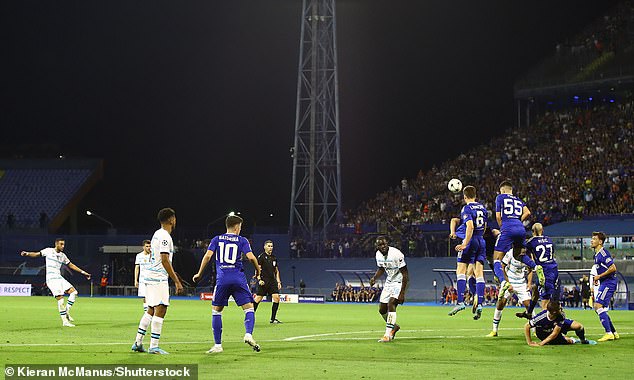 Ziyech's future at Chelsea had been unclear, with the club seemingly prepared for him to leave, with Ajax, Manchester United and AC Milan all linked over the summer transfer window.

Some fans have clearly lost their patience with the Moroccan international, with one supporter writing: 'Ziyech shouldn’t be allowed back into the training ground. Most arrogant big head I’ve seen.'

And a final Twitter user summed the performance up by simply saying: 'This Ziyech disasterclass....'