'BOTTLEham Hotspurs': Tottenham delete tweet after fans hammer the club's social media team for posting a picture of a Champions League water bottle ahead of their group stage clash with Marseille

Tottenham's social media team have taken a hammering on social media over a now deleted Twitter post ahead of their Champions League tie with Marseille on  Wednesday evening.

The club's official Twitter page shared a photo of a UEFA Champions League water bottle on the side of the pitch with the caption 'Hotspur Way to promote their first match in Europe's premier competition since the 2019-20 season.

However, the social media chiefs at Spurs deleted the post when fans joked that the North London club were referencing that Tottenham would 'bottle' the game. 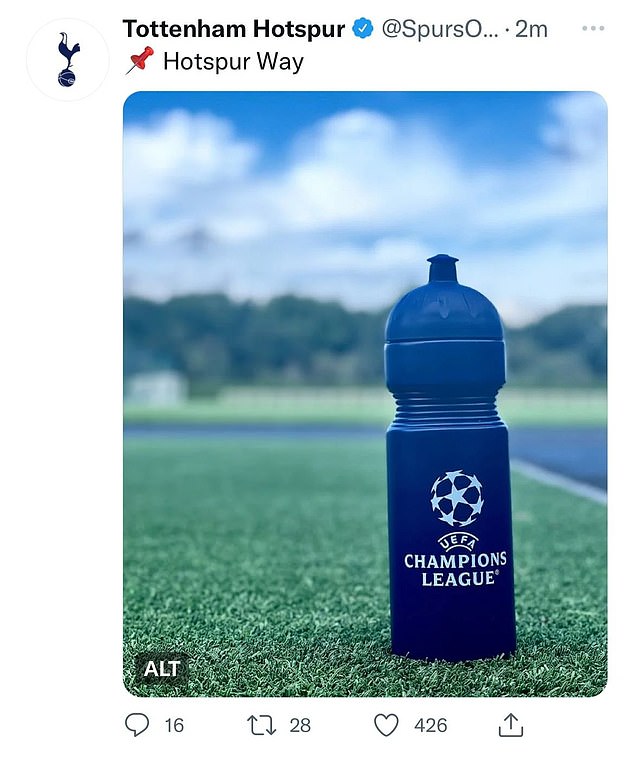 Tottenham's social media team were quick to rectify the problem and delete the tweet. However, eagled-eyed fans were quick to screenshot the post.

After just two minutes online, Tottenham found themselves being bombarded with Champions League jokes on Twitter.

One supporter took to social media to say: 'The memes really do write themselves', while another added: 'Deleting it makes it more Spursy somehow'.

A Tottenham fan commented: 'We don't help ourselves do we,' while another Twitter user wrote: 'Cowards should have kept it up'. 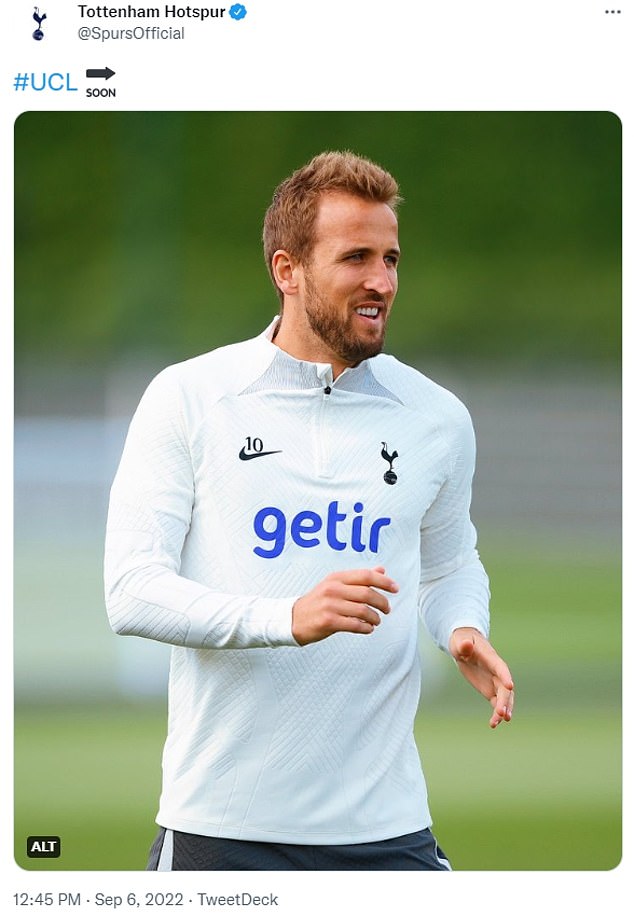 Fans took to social media to react to the post. One supporter joked someone was getting fired

Conte has featured in the Champions League five times - having guided Juventus, Chelsea and Inter Milan through their respective European campaigns.

He failed to make it out of the group on three occasions and was eliminated from the competition in the knockout stages twice.

Conte will be eager to hit the ground running with Tottenham as he looks to end their quest for European glory.

Tottenham are set to visit Marseille for their Champions League clash on Wednesday evening.

Conte will be looking to maintain his unbeaten start to the 2022-2023 Premier League season by kicking off their Group D campaign with a win.

However, Tottenham do not have the best record when it comes to collecting trophies. 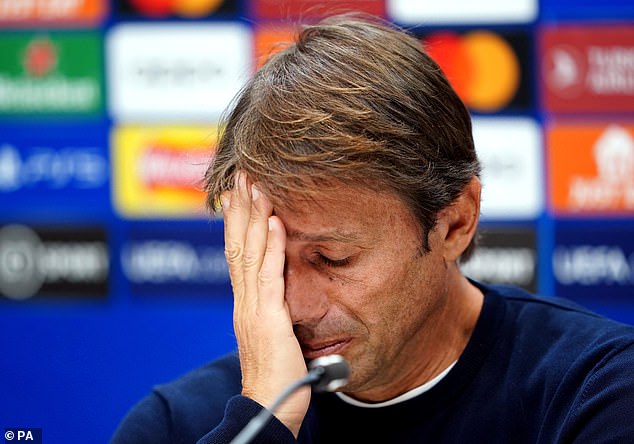 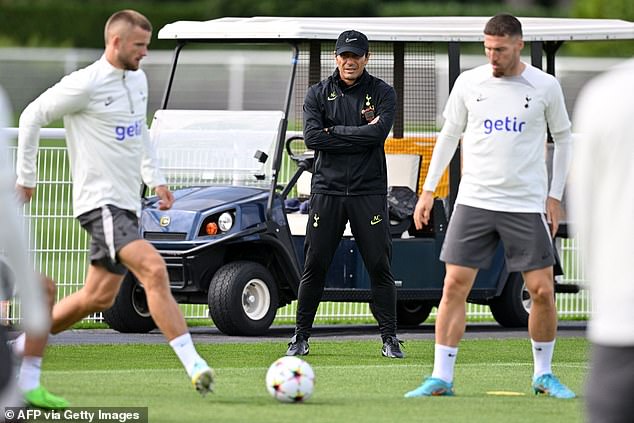 The club's only trophy in more than 20 years has been the League Cup, which they won back in 2008.

Earlier this year, fans mocked Tottenham's  announcement of winning a 'trophy' for having the best ground, with several of their own supporters joining in.

Social media went wild after the official Spurs Twitter account posted that the club's grounds staff had won the 'prestigious Premier League Grounds Team of the Season award for 2021/22'.

Tottenham 2-0 Marseille: Richarlison shows he's made for European football as the Brazilian's brace on his Champions League debut sees Antonio Conte's side make the perfect start after the French side went down to 10 men