Real Madrid striker Karim Benzema is set to miss the rest of the month's action after being diagnosed with two thigh injuries sustained during his side's Champions League match at Celtic on Tuesday.

Benzema was substituted on the half-hour mark of the European champions' 3-0 win at Celtic Park and a medical report released by Real on Wednesday said the Frenchman had injured the semitendinosus tendon and strained the quadricep muscle in his right thigh.

Real did not say how long the 34-year-old would be out for. 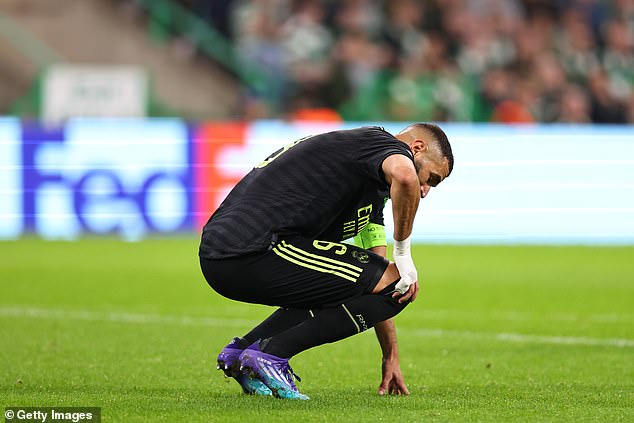 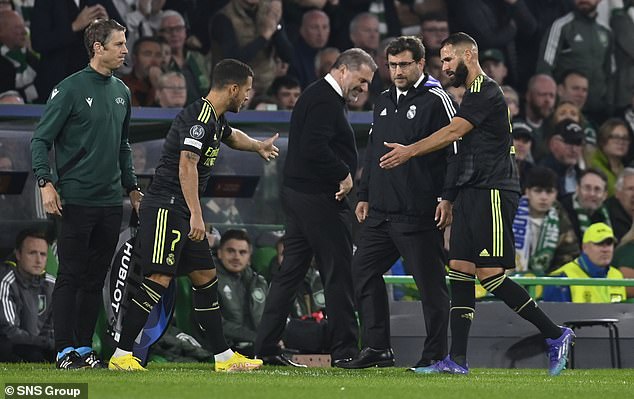 Spanish newspaper Marca, however, reported he would not return until October 2, missing La Liga games against Real Mallorca and Atletico Madrid plus the Champions League home match against RB Leipzig.

Benzema was Real's top scorer last season with 42 goals, helping them win the La Liga title and the Champions League.

Ajax 4-0 Rangers: Scottish side crumble to a humbling defeat on their Champions League return... as the Dutch side prove they are just fine without their summer departures with a resounding win