Ilkay Gundogan reveals he called former Man City team-mate Fernandinho for 'advice' on his new role as captain... as he insists the club's 'big characters' in the dressing room are 'stepping up' following Brazilian's departure

New Manchester City captain Ilkay Gundogan revealed that he has had conversations with predecessor Fernandinho for advice on his role at the club.

The German international midfielder admitted that he has spoken with the Brazilian midfielder, and claimed that his role in the side has changed with more emphasis now on 'communication'.

Fernandinho vacated the skipper's armband at the Etihad after departing the club for Brazilian side Athletico Paranaense at the end of last season. 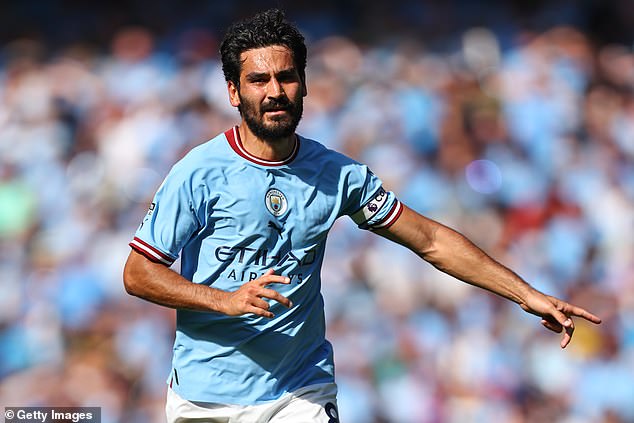 Gundogan said at a press conference ahead of Tuesday's Champions League clash: 'I think the atmosphere is quite similar. We have players who are really good guys and they are really important for the dressing room and the big characters are stepping up.

'Players changing is normal. My role has maybe changed a little bit and become a little bit more about communication.

'I was lucky enough to have Fernandinho and I have called him a couple of times for some advice. I don't try to change too many things.' 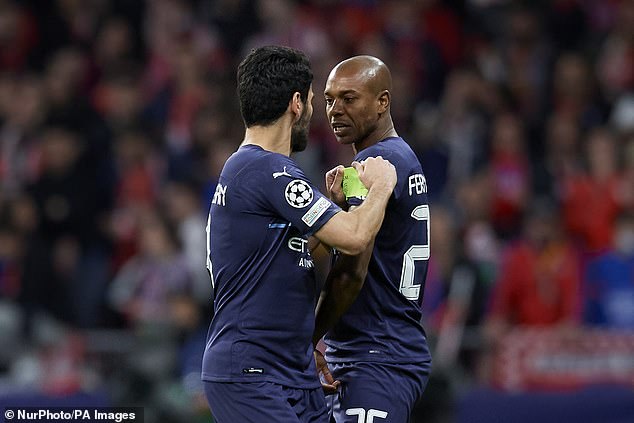 Pep Guardiola previously revealed that the City captaincy has been awarded based on a vote by players and support staff, with vice captains also appointed, in the wake of Vincent Kompany's exit after the 2018/19 season. 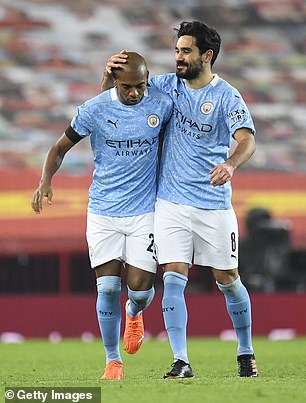 The pair played 157 times together in the City midfield

Gundogan served alongside Ruben Dias as deputy to Fernandinho after David Silva left the club in 2020, and then inherited the role this summer.

The Sanpedor coach is known to hand the armband to the most senior player on the pitch at any moment, but although the German was Guardiola's first signing at the club, he has actually spent less time in City colours than Kevin de Bruyne.

Guardiola's aim of a further Champions League title  - a well-documented ambition of City - is yet to come to fruition, and the club fell to a 1-0 defeat to Chelsea in the 2020-21 final.

And Gundogan also spoke about how the acquisition of Erling Haaland could help the club achieve their goal, with a tie against both players' former side Borussia Dortmund up next, adding: 'We hope for it. This year having a proper number 9 [Erling Haaland] is going to help us a lot. 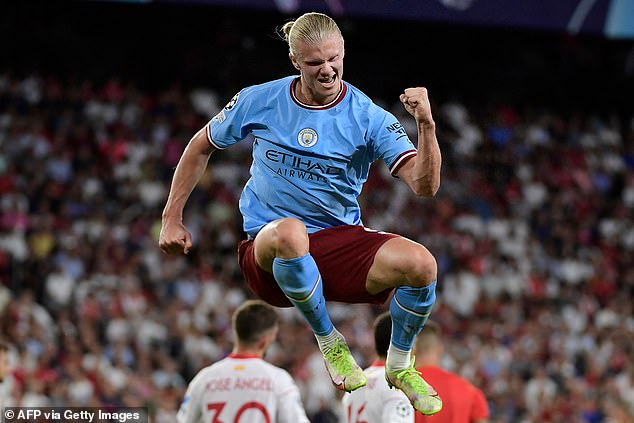 'We will see and the Champions League is an incredible thing to achieve. It is never easy to play in this competition and sometimes little details can decide the outcome.

'I think [the Norwegian's] numbers speak for themselves. I think the club has signed an incredible player.

'He has done well on the pitch, but his character, determination and attitude off the pitch [has also been impressive].

'We are both really looking forward to the game against our old club.'