'When you're at a club like this you are only 90 minutes away from a crisis': Chelsea boss Graham Potter accepts the scrutiny as Blues boss as they look to return to winning ways against Dinamo Zagreb after heavy defeat by Brighton

Graham Potter accepts that crisis is only 90 minutes away at Chelsea.

Following a nine-game unbeaten start in the job as head coach, just one defeat, admittedly a heavy one at his old club Brighton on Saturday, was enough to open Potter up to rush-judgments and questioning in some quarters for the first time.

He said: 'You understand when you're at a club like this you are only 90 minutes away from a crisis and you have to put things into perspective, understand where you've been and what has happened, and look at it as intelligently as you can. 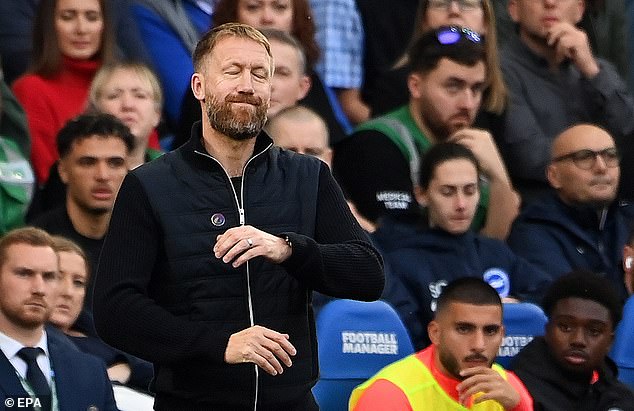 'All I can do is focus on how I think, what I think, how I act and let the noise carry on.'

In normal circumstances Wednesday's dead-rubber return against the Croatians could be treated as a free hit amid Chelsea's gruelling schedule.

But following the Brighton defeat and with no desire to further fuel any sense of crisis, Potter insisted: 'We want to finish the competition off well at this stage and respond from a disappointment at the weekend.

'We'll pick a team that we think can win with respect to the opponent and try our best.' 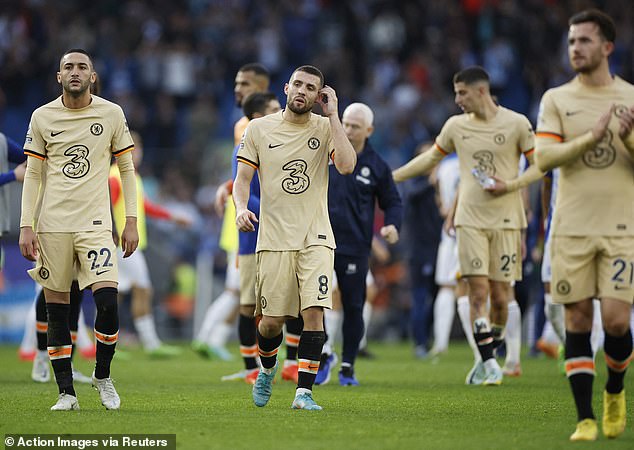 There will be at least one change after Kepa Arrizabalaga suffered a foot injury at Brighton which Potter hopes will sideline him just for 'days.'

His absence will mean a return to the team and first start for Edouard Mendy under Potter.

Having started the year being named the best goalkeeper in the world, Mendy has lost his place in the last two months due to a knee injury that Chelsea had been having to carefully manage before he finally succumbed to it.

That may have also contributed to the dip Mendy suffered towards the end of Tuchel's reign and he has been unable to regain his place due to Kepa's form. 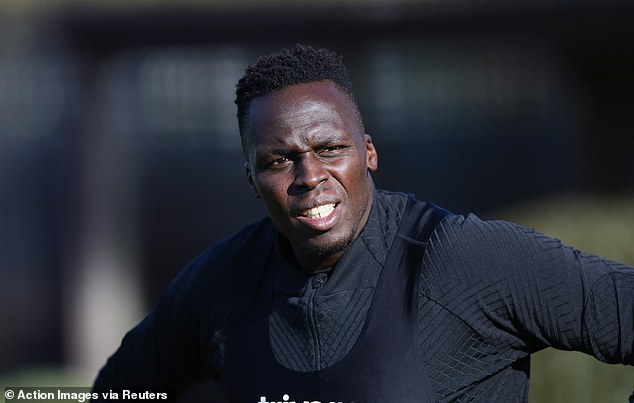 Potter praised Mendy, who has had talks over a new contract, for his professionalism having slipped down the pecking order.

And while Chelsea further adding to their pool of goalkeepers is under consideration, more immediately, Potter challenged Mendy to give him a selection dilemma when both he and Kepa are fit.

Potter said: 'You hope you have as many difficult decisions as possible all over the team because then you've got competition and good players pushing each other to improve. That can only be beneficial for the team.'