Denis Zakaria was 'excellent' as he finally made Chelsea debut three months after joining from Juventus, says Joe Cole after Swiss scored winner, as Glenn Hoddle insists 'there's a role for him without a doubt' with N'Golo Kante out

Former Chelsea stars Joe Cole and Glenn Hoddle have praised Denis Zakaria after the Swiss midfielder impressed on his first appearance for the club.

Signed from Juventus at the backend of the summer transfer window initially on loan with an option to buy next summer, Zakaria, prior to Wednesday evening, was yet to play a minute for Chelsea.

Thomas Tuchel had brought him in but his sacking only days later would prompt a difficult period for the Swiss in which Graham Potter, who took over from the German coach, did not turn to his services. 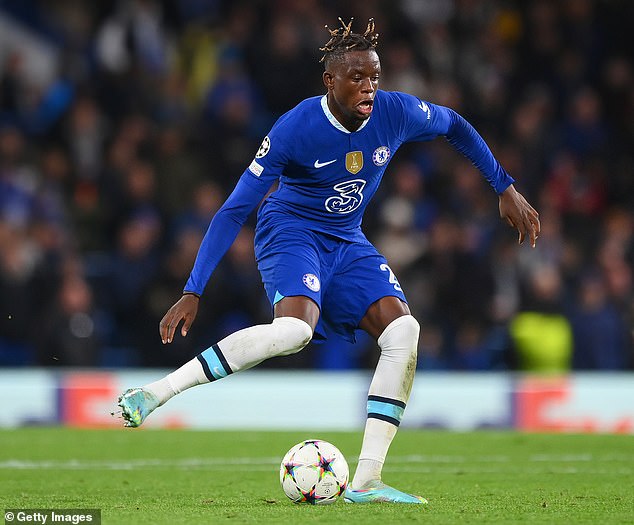 However, with Wednesday night's clash against Dynamo Zagreb being a largely meaningless encounter, Potter started Zakaria and the Swiss delivered for his manager with a goal in the first half. It proved to the winner.

Speaking on BT Sport after the game, Cole and Hoddle praised the midfielder for his performance after a tough few months totally out of the side.

'I thought he was excellent, I thought he got round the pitch, he was the one your eyes went to because it was his first game,' Cole said. 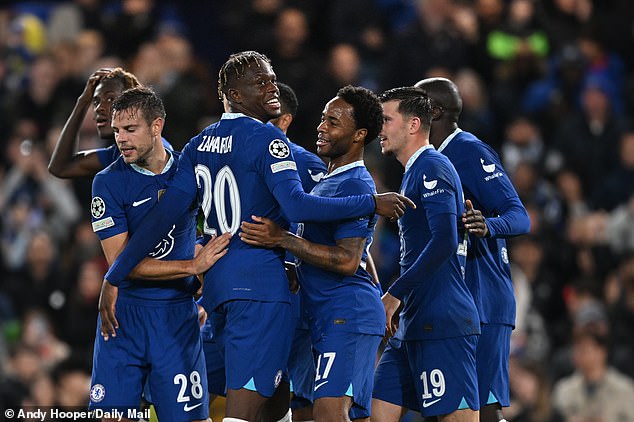 'I think he was the perfect partner for Jorginho. While Jorginho provided a bit of experience in there next to him, he was getting around putting his foot in and to get a goal would have been a bonus.'

Cole added that Zakaria now provided a much-needed alternative option for Chelsea in midfield with N'Golo Kante out for an extended period.

Meanwhile, Hoddle praised his character, saying that despite it being his first appearance for the club, he looked at 'home'.

'I liked his character and his demeanour on the pitch, it was his first game for Chelsea and he looked as if he felt at home,' he said. 'He walked down the tunnel and went to all the players and I looked at Rio [Ferdinand] and said "was that for show or was that for real?" and the way he was on the pitch that was for real. He was making himself feel "I've arrived and I'm here to stay".'

Hoddle echoed Cole's sentiments that he could prove to be important henceforth with various injuries affecting Potter's squad.

'At this stage I think so (could start more games) if you look at what's ahead of him. If Kante is long-term injury then there is a role for him without a doubt.'