DC United's new club-record signing, Christian Benteke, must be up there as one of the most high-profile players in the MLS currently, along with fellow Designated Players Carlos Vela, Javier Hernandez, Gonzalo Higuain and Xherdan Shaqiri.

What links all of them? Having played in the Premier League, the most competitive and prestigious in the world. And only 45 of the 4,535 players in the competition's 30-year history have scored more than Benteke.

So Benteke, signed from Crystal Palace, brings experience and real pedigree at the top level. But at 31, his best years are behind him and it's not all been plain sailing at Palace, with several niggly injuries and years of low confidence and goal droughts.

With Benteke leaving the Eagles as third-choice striker, it is definitely a gamble for Wayne Rooney's DC United, but with the side rock bottom of the MLS Eastern Conference, maybe it's the right time to take a risk.

Sportsmail takes a look at whether Benteke - who has signed a two-and-a-half year deal after being persuaded to join by Rooney - will be a success in the US capital and discusses whether he is the man to turn the Black-and-Reds' season around. 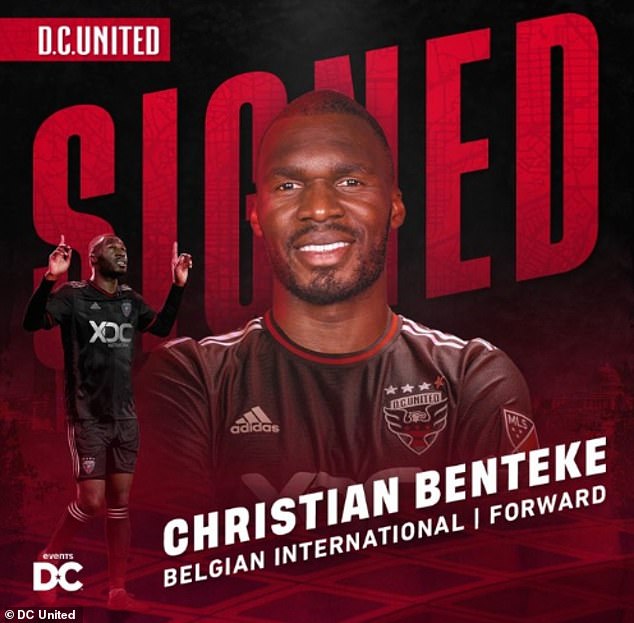 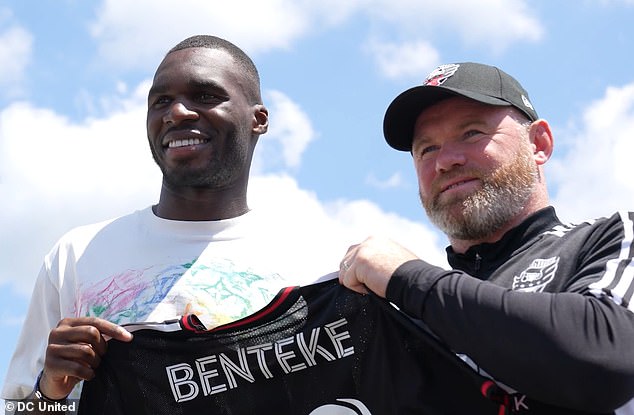 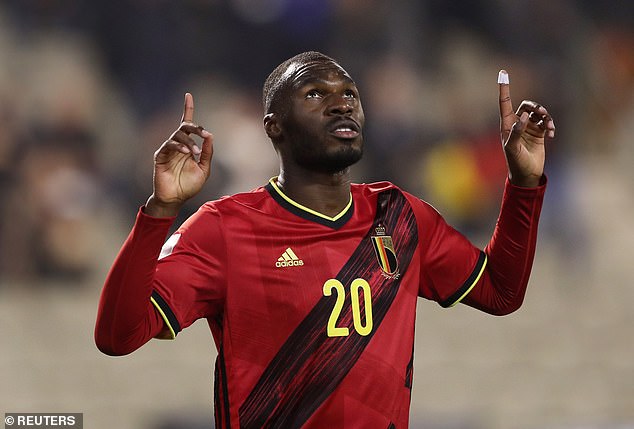 The Belgian (above) will spearhead DC's attack and look to use the creativity of Ravel Morrison - below, Sportsmail takes a look at whether the 31-year-old can turn the club's season around

Career beginnings and an explosive start at Villa

Benteke, born in Kinshasa, the capital of the Democratic Republic of Congo, moved to Liege in Belgium with his family at the age of three to escape the brutal, corrupt Mobutu regime.

After successful loans at Kortrijk and Mechelen as a teenager, he returned to boyhood side Genk, where he caught the eye of several European sides after 16 goals in 32 appearances in all competitions in his first full season there.

Aston Villa were the team to take a punt on the unproven striker, snapping him up for $8.5million. He scored on his debut, a 2-0 win over Swansea, and by Christmas Tottenham manager Andre Villas-Boas was calling him the 'surprise package' of the season.

That first year saw him score 23 goals in all competitions, finishing runner-up to Gareth Bale for the PFA Young Player of the Year award. After signing a new four-year deal, he started the next season on fire but was hit by a hip flexor injury.

Niggling injuries saw him fail to score for 12 games, and although he broke his goalscoring duck, then ruptured his Achilles tendon in March 2014. He would be out for six months.

The following season, it took him until March to score his third of the season, but he finished strongly to bag 15 goals in all competitions. Liverpool had seen what they wanted. They activated his $38.3m release clause and Benteke was a Reds player. 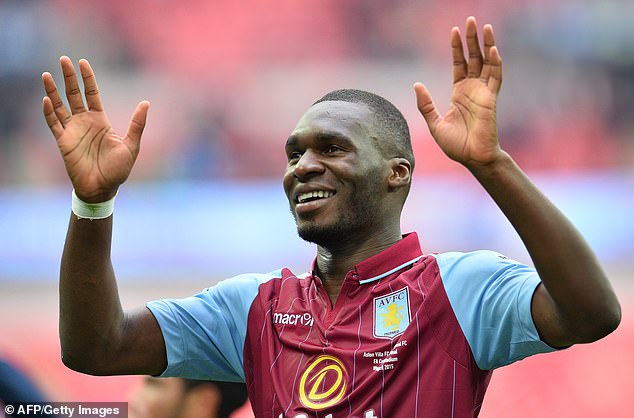 Brought in to offer a physical dimension, an alternative option in the roster to the pace and finishing of Daniel Sturridge and the guile and movement of Roberto Firmino, Benteke struggled to impose himself and cement a regular spot in the XI.

Despite arriving as Liverpool's then-second most expensive player of all time, he was initially bedded in to the team slowly, often used as a substitute.

But his positive impact off the bench and his traditional strengths - height, physical prowess and hold-up play - actually pigeonholed him into a 'super sub' role, used in the last 10-15 minutes of games to chase a goal or defend a lead. 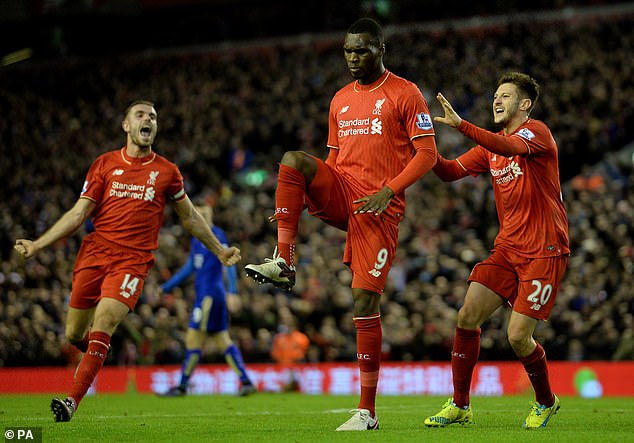 Although he scored several fine goals, including a breathtaking overhead kick against rivals Manchester United, and was named captain for an FA Cup tie against Exeter in January, Liverpool and Benteke never seemed fully suited to each other.

Like Romelu Lukaku at Chelsea more recently, the talent was never in question, but the fit in the team was not quite there, even if his goals-to-minutes ratio was the best at the club among all players who started at least 12 games.

So when Crystal Palace offered Liverpool nearly the full fee they had paid a summer earlier, manager Jurgen Klopp was content to let him go. 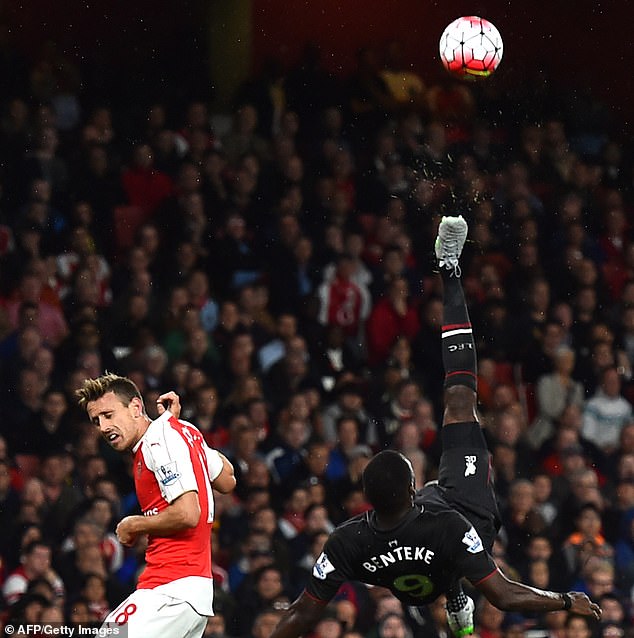 Saving the Eagles from relegation

For Palace, the gusty south London club battling against relegation, nine goals in 29 appearances at Liverpool - a record of almost one goal every three games despite often being used as a replacement - marked Benteke as a strong investment.

At first, they were proved right. He scored a 94th-minute winner against Sunderland, ended a run of six straight losses with a double vs Southampton on his birthday, and scored twice at Anfield to haunt his former employers as Palace beat Liverpool 2-1.

He finished the 2016-17 season with 15 league goals, 17 in all competitions, and it seemed money well spent. That was almost a third of Palace's 50 league goals. He didn't single-handedly save them from relegation, but it was a massive factor.

Soon, though, the hard times came, and his next 75 games would only yield a paltry six goals. 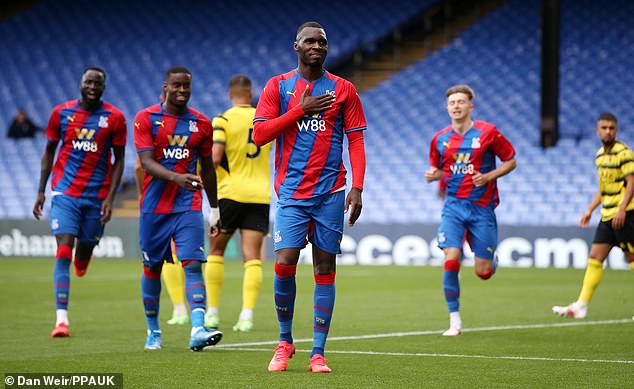 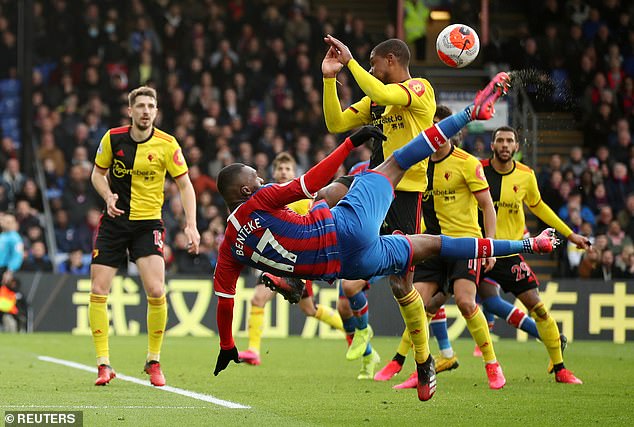 Loss of confidence and goal drought

Being the only real striking option for Palace meant he often had to play through the pain barrier, exacerbating his injury problems and meaning he could not take time out of the team to rediscover form and confidence. He just had to play through it.

Fans were frustrated, particularly after Benteke grabbed the ball off regular penalty-taker Luka Milivojevic in stoppage time against Bournemouth, only to miss with the club deep in relegation trouble, when a winner could have been hugely valuable.

He was booed off the pitch after that. Yet overall, his work ethic and positive attitude saw him make meaningful contributions on and off the pitch throughout his time at Selhurst Park, whether he was scoring goals or not.

Benteke was always useful in both penalty boxes and helped bring team-mates into play, often linking up nicely with talisman Wilfried Zaha. 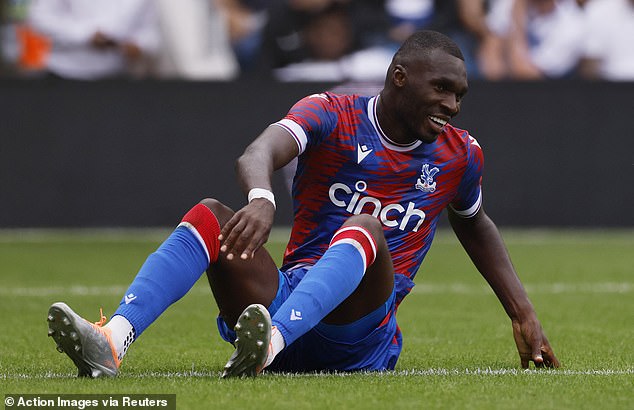 But he also suffered several injuries and years of low confidence, leading to long goal droughts

Nonetheless, contract extensions in October 2019 and June 2021 were more for the purpose of retaining Benteke's value, rather than necessarily a reward for his performances.

Although capable of some nice moments, scoring in four games in a row in 2021 and demonstrating brilliant technique with a stunning volley to beat fierce rivals Brighton and Hove Albion away from home, at the time of his departure he was third choice.

Behind Jean-Philippe Mateta and Odsonne Edouard in the pecking order and one of Palace's top earners on more than $120,000-a-week, it was probably the right time for Palace to cash in.

But the warmth with which chairman Steve Parish wished him well proves how highly he was respected at the club - and will be music to the ears of DC United fans.

Parish said: 'Christian has played a crucial role in this club's journey, making an immediate impact after signing and playing a central role in the squad since... He's someone I've enjoyed a great relationship with and he's shown incredible loyalty.' 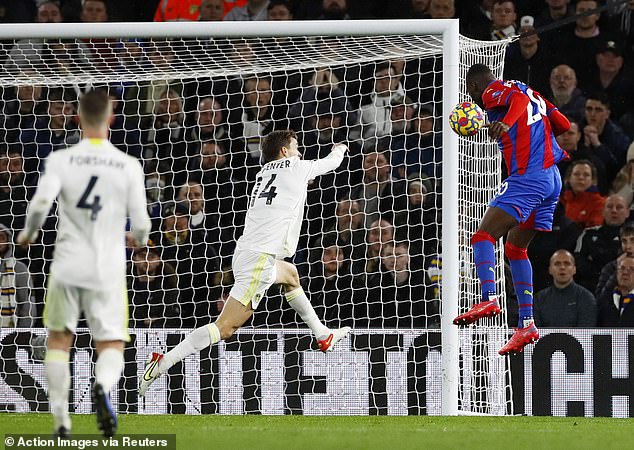 Nonetheless, on his day, the big target man was near-unplayable for Premier League defenses

So could this be the fresh start Benteke - and DC United - need? At 31, albeit 32 in December, he has the physicality to dominate MLS defenses, and the professionalism to keep himself in top shape.

His goals record at club level, barring a few droughts, and in internationals - 18 in 45 for the world's second-ranked side - is not to be sniffed at.

The prospect of Benteke linking up with Ravel Morrison or Ola Kamara in a front two, perhaps with Taxiarchis Fountas behind them in the hole, and heading home crosses from left-back and ex-Liverpool team-mate Brad Smith, should be an enticing one.

So if DC can keep their marquee signing fit - and it's a big if, after suffering knee, hamstring, groin, hip, ankle and foot injuries at Palace - fans could be seeing his 'Silencer' celebration, inspired by LA Lakers star LeBron James, fairly regularly.

And if 'Big Ben' - named after the huge clock at the Palace of Westminster in London, England - can strike regularly, you might also be hearing adulating supporters belting out Benteke's unofficial anthem, The Lion Sleeps Tonight, by the Tokens, tonight.

There is a striker, a Belgian striker, called Christian Bentekeeee... 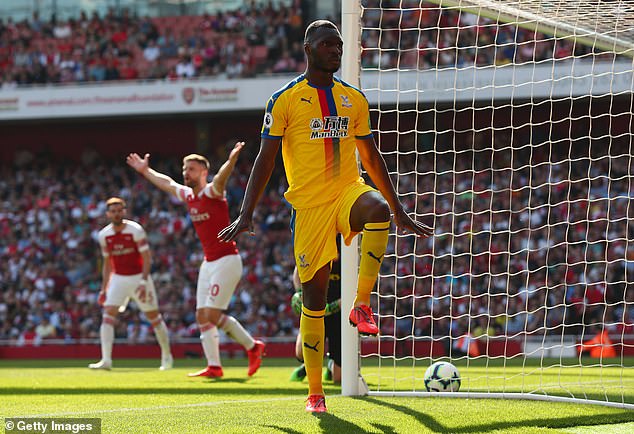