A female cop battered former Premier League star Dalian Atkinson with a baton as he was tasered and kicked to death by her police officer boyfriend, a court heard.

Former Aston Villa striker Atkinson died after being tasered by PC Benjamin Monk outside his dad's home in Telford, Shropshire.

Monk zapped the 48-year-old with a stun-gun for 33 seconds before kicking him twice in the head and was jailed for eight years for manslaughter in June last year.

Today Monk's former girlfriend Bettley-Smith went on trial at Birmingham Crown Court for a second time after a jury previously failed to reach a verdict. 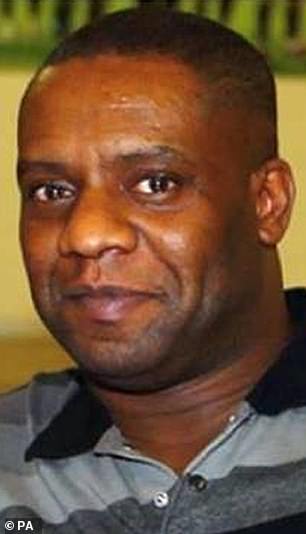 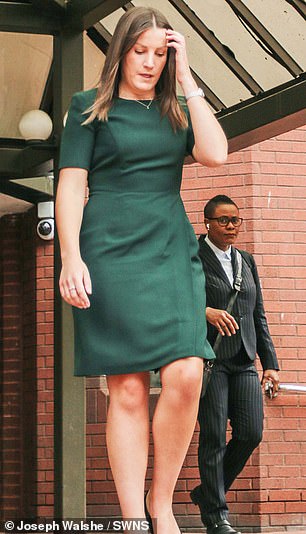 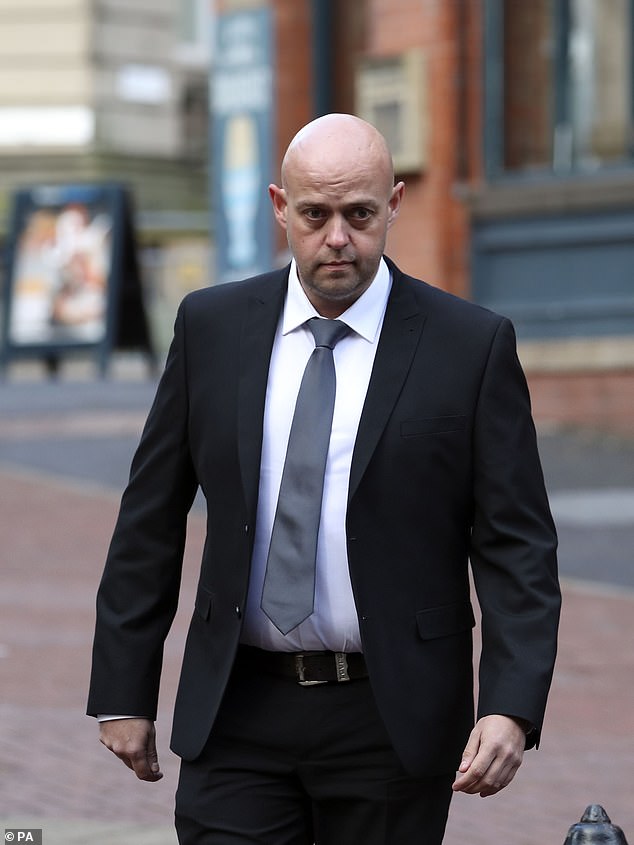 The court heard she acted unlawfully when she struck Atkinson with her baton 'with as much force as she could muster' while he lay on the ground after being tasered.

She may have acted 'out of anger' or because she had been told by her partner Monk: 'F**king hit him, f**king hit him', jurors were told.

But Bettley-Smith, of West Mercia Police, claims she used reasonable force at the time and acted in self defence because she considered her life was in danger.

'Those officers were in an intimate relationship at that time.

'I should make it clear at the outset that it has never been the prosecution's case that Ellie Bettley-Smith was responsible in any way for Dalian Atkinson's death.

'But it has always been the prosecution's case that she unlawfully struck Dalian Atkinson more than once with her baton to the back of his body as he lay on the ground, thereby causing bruising that amounted to actual bodily harm.

'Ellie Bettley-Smith does not deny striking Dalian Atkinson but she maintains that she did so either in self-defence, or in defence of Benjamin Monk or others, or in order to arrest Dalian Atkinson or to prevent him from committing further offences. 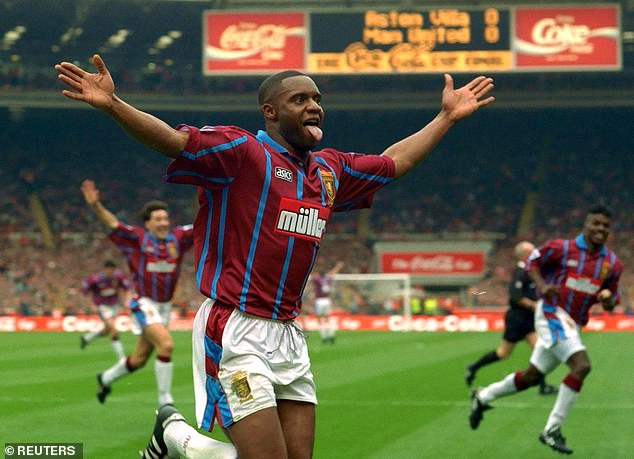 'Ellie Bettley-Smith says that she genuinely believed that Dalian Atkinson posed a threat to her and to Benjamin Monk at the time she hit him.'

The court heard how officers were called at around 1.30am on August 15, 2016 after Atkinson tried to smash his way into his 85-year-old dad's house.

Atkinson confronted them both while ranting 'I'm the f***ing Messiah' before Monk deployed his stun gun three times.

Jurors were told Atkinson, who was unarmed, fell to the ground where Monk delivered at least two kicks to his forehead while Bettley-Smith hit him a baton.

The former Villa, Sheffield Wednesday and Ipswich Town striker was rushed to Princess Royal Hospital in Telford but died after suffering a cardiac arrest at 2.54am.

The court heard Atkinson had suffered from kidney failure, high blood pressure and heart disease and was 'not acting himself' on the night he died.

Mr Jarvis added: 'His behaviour was both bizarre and troubling and would soon turn aggressive.

'The events that took place on Meadow Close in the early hours of August 15, 2016 were witnessed by a number of people who lived on the close.

'Benjamin Monk had his taser with him and three cartridges. Ellie Bettley-Smith was not qualified to use a taser, but she did have an extendable baton.

'Dalian walked out of the front door and towards the officers. He said "You're going to taser me. I'm the Messiah, I'm the Messiah. You cannot hurt me".'

'A number of those who lived on Meadow Close knew Dalian as a regular visitor to his father's address. It was clear to them that his actions were very much out of character. 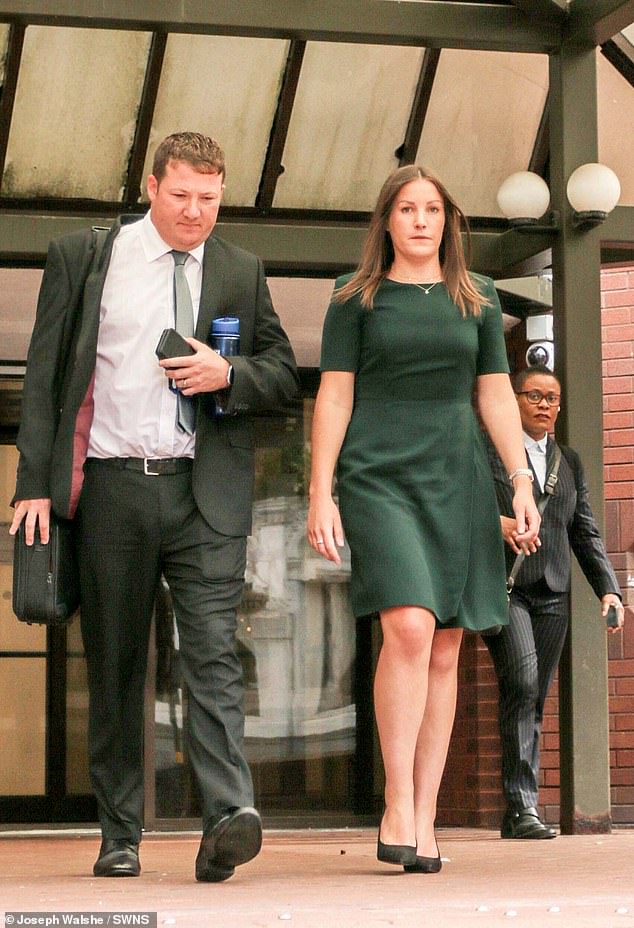 The probationary officer, known as Ellie, claiming she acted lawfully to protect herself and others.

'It is entirely understandable that at this moment in time Benjamin Monk and Ellie Bettley-Smith would have been afraid for their safety.

'Mr Atkinson was being aggressive towards them, and they were entitled, we accept, to take steps to subdue him.

'There is no dispute that the discharge of the third taser cartridge was immediately effective.

'Dalian fell into the middle of the road as a result of experiencing neuro-muscular incapacitation.

'A number of witnesses then saw Benjamin Monk kick Dalian Atkinson to the head.

'We know that Benjamin Monk kicked Mr Atkinson at least twice to the forehead with sufficient force to leave the impressions of his laces with each kick.

'The witnesses also saw Ellie Bettley-Smith take out her baton, extend it, and strike Dalian with it several times to his body.

The court heard when colleagues arrived on the scene they saw Monk with his foot on Atkinson's head while he lay unresponsive and making 'gurgling sounds'.

'She was interviewed by the police on two occasions about the events that had taken place on Meadow Close.

'In her second interview, she said she had hit Mr Atkinson with as much force as she could muster.

'The prosecution accept that this must have been a frightening experience for a probationary officer in the position of Ellie Bettley-Smith.

'Dalian Atkinson was clearly a menacing presence whose behaviour justified Benjamin Monk trying to taser him. 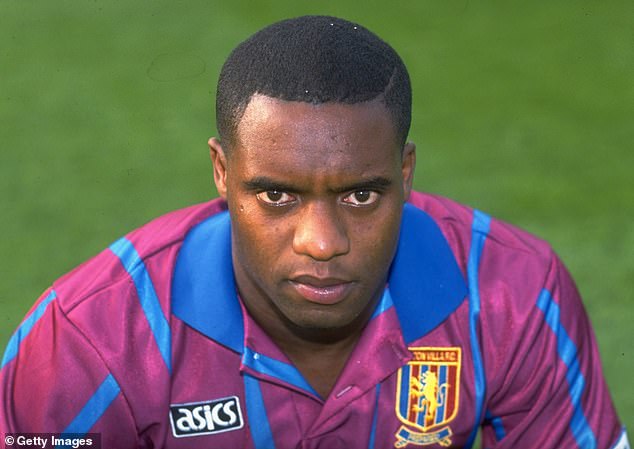 'But once Mr Atkinson was no longer a threat to the officers, the justification for the use of force against him evaporated.

'It is likely that Ellie Bettley-Smith lashed out, perhaps in anger at the fact Mr Atkinson had scared her so much.

'Or perhaps because Benjamin Monk told her to because he was himself angry, but either way when she hit him she was not trying to defend either herself or Benjamin Monk or trying to arrest Mr Atkinson.

'That is why we say those blows were unlawful.'

The trial was adjourned until Wednesday.