'At Man Utd I'm under a lot more scrutiny' - Maguire starring for England but is not Messi or Ronaldo Smith Rowe's return, Nketiah's form & what to look out for during Arsenal's training camp in Dubai 'I don't want to see Ronaldo at Arsenal' - Portugal captain's 'attitude' at 2022 World Cup causes Seaman to change transfer stance Cash kept prized Messi & Mbappe shirts in hotel safe & will carry them back from 2022 World Cup as hand luggage Walker picks ex-Liverpool star as toughest opponent ahead of facing Mbappe test with England

What happened to Bukayo Saka against Nottingham Forest on Sunday was inevitable. It’s been coming for a long time now.

The England international is clearly a marked man, with teams singling him out for the type of treatment that only the very best players receive.

On one hand it’s understandable, because if you stop Saka, then you go a long way to stopping Arsenal – such is his importance to Mikel Arteta’s team.

But, on the other hand, it’s an issue that really should be being taken more seriously, especially by match officials because the 21-year-old is getting next-to-no protection from the referees.

In 12 Premier League games this season, Saka has been fouled 17 times – just one of those have led to a booking.

For anyone who has watched Arsenal this season and seen the sort of treatment that has been dished out to Saka, that is a remarkable statistic.

Players seem to have been given free licence to stop the winger by any means necessary, without any sort of punishment coming their way.

Publicly, it was perhaps no surprise to see the Arsenal manager steer away from generating any controversial headlines after such a morale-boosting victory.

But behind closed doors he will no doubt be fuming by some of the treatment Saka is having to endure on a weekly basis.

The game against Forest on Sunday was not even a minute old when Renan Lodi went through the back of Saka and left him in a crumpled heap on the turf.

The Arsenal ace eventually got back to his feet, but he was unable to shake off the effects of the challenge and was replaced by Reiss Nelson after 27 minutes.

Saka was taken out of the game, while Lodi was able to carry on without so much of a ticking off by referee Simon Hooper.

Hopefully, the injury isn’t serious and Saka is back playing quickly.

Initial signs are promising and the hope right now is that the problem should not be one that rules the winger out for any great period of time.

But even if that is the case, Sunday was just the latest example in a long line of warnings when it comes to Saka this season.

Sooner or later, he is going to get seriously hurt. It just feels like a matter of time. And this isn’t some sort of new phenomenon that has just materialised in recent weeks. 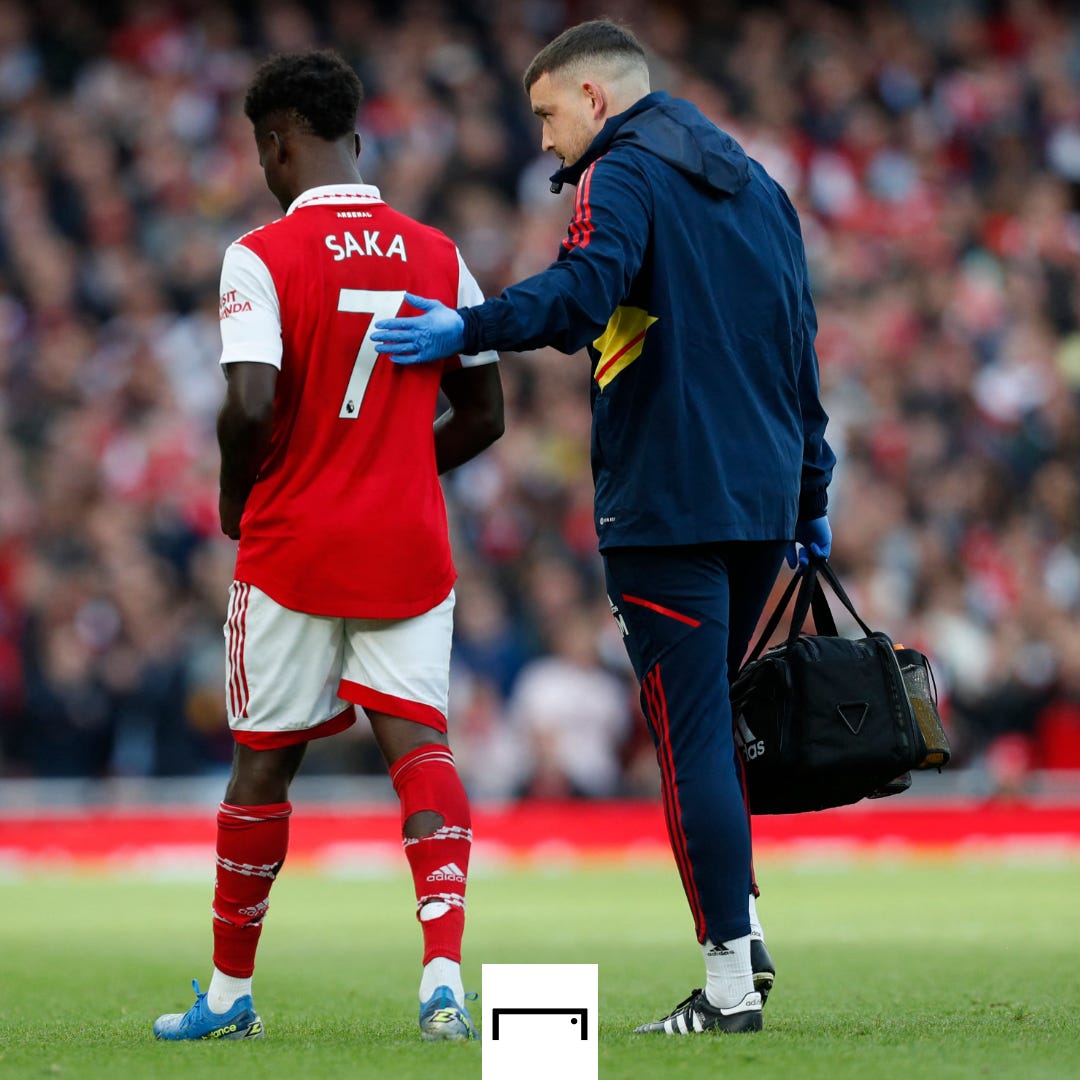 It was the same last season and Saka himself raised the issue after the 1-0 win at Aston Villa in March.

After enduring yet another day of being targeted, Saka made a beeline for the referee after the full-time whistle.

“I wasn’t complaining but I wanted to let him know that is my game,” he later explained. “I’m going to run at players, so sometimes I need a bit more protection when the opposition is trying to kick me.

“My ankle is a bit bloody but I’ll be going into the next game doing the same things.”

Those comments actually saw Saka come in for some criticism, most notably from former Villa manager Steven Gerrard.

“He’s a good player, an outstanding talent,” Gerrard replied. “But he can’t complain about that side of it, that’s football.

“I’m sitting here now with screws in my hips. I’ve had about 16 operations. I’m struggling to go to the gym at the moment.

“That’s all on the back of earning a living in English football. He’ll learn and he’ll learn quickly.”

And there lies another major problem. Someone like Gerrard was using the injuries he suffered during his career as some sort of badge of honour. 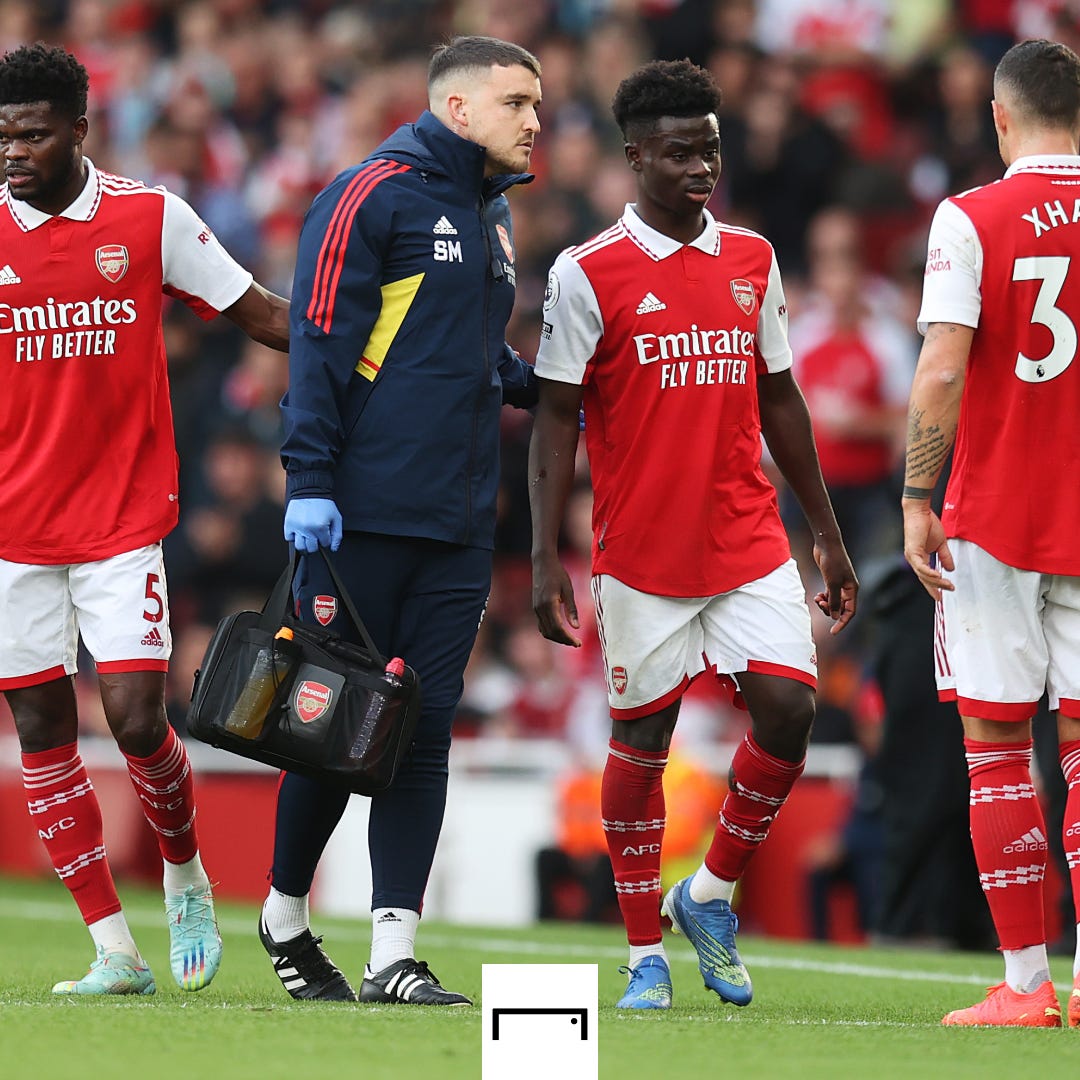 Football is a contact sport, we know that. Tackles are going to be mistimed, but that is not the issue. The issue is when teams go out and target players in a bid to stop them.

It’s not about mistimed tackles, or accidental clashes. It’s about systematic fouling with the aim of taking a certain player out of the game.

The most remarkable thing about the whole thing is that technically Saka has only been fouled 17 times this season.

That’s 15 times less than Gabriel Jesus and 19 times more than Wilfried Zaha, who has won more fouls (36) than any other Premier League player since the start of the campaign.

A big part of that is the ineptitude of the match officials, however, combined with Saka’s honesty. He is the type of player who tries to stay on his feet and ride the challenges.

And that’s no surprise considering when he does go to ground, like he did at Southampton recently after being taken out by two defenders, he finds himself inexplicably being booked for diving.

For Saka, the hope now is that the injury that forced him off against Forest, is a small one. That it does not force him out of Arsenal’s upcoming games or the World Cup, which gets under way in less than three weeks time.

The initial suggestions are that he got lucky, but the warning signs are there for all to see.

And if he doesn’t start getting the protection he deserves soon, then there is no doubt that his and Arsenal’s luck will eventually run out.

How many fouls will Grealish win? How Man City stars pass the time when watching England playmaker in action