Arsenal have already found one signing from MLS this year, having brought in goalkeeper Matt Turner from the New England Revolution.

And it now appears they're exploring the idea of bringing in another one of the league's stars: Facundo Torres.

GOAL has learned that Torres' representatives are set to meet with Arsenal this week, with the Uruguayan star very keen on a move to the Premier League. The Gunners, meanwhile, are in the market for a player in Torres' position heading into the winter window.

But who is Torres? How does he play and what could he offer to an Arsenal team currently pursuing a Premier League title?

GOAL is on hand with everything you need to know about the Orlando City star.

The 22-year-old winger came up through the academy system at Penarol, a club revered as the most successful in his native Uruguay.

And it didn't take him long to make his mark as he made his senior debut in August 2020 under then-manager Diego Forlan, the legendary Uruguayan striker. He quickly became a regular, scoring six goals in 38 appearances at just 20 years old.

In 2021, he was part of the squad that won the Uruguayan title, making 19 appearances while scoring nine goals during the league campaign. In his final appearance, he scored the equalizer in a playoff clash with Plaza Colonia before clinching the title with a shootout victory.

His heroics in Uruguay earned him a big move to MLS, with Orlando City paying around £7.8 million ($9m) this past January. Torres, the club's record signing, was brought in to replace Nani, the former Manchester United winger.

Notably, he also scored in a pre-season friendly against Arsenal, perhaps catching the eye of Gunners' leadership.

Internationally, the 22-year-old has earned 10 caps for Uruguay ahead of this fall's World Cup and was a member of his country's 2021 Copa America squad. 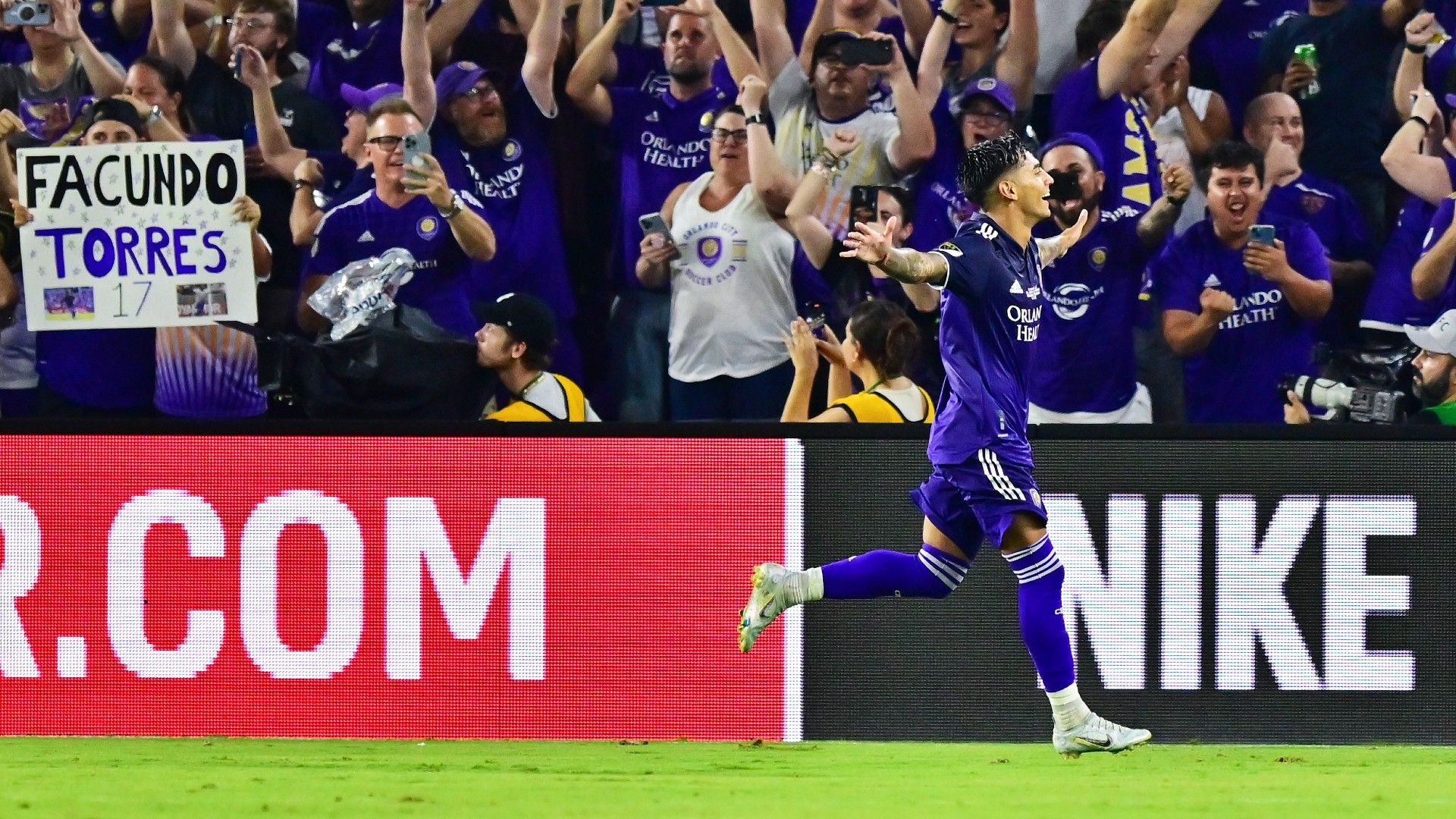 As the MLS season went on, Torres started to show why Orlando City paid so much to bring him to MLS. He took some time to adjust to the competition, but by the end of the season, he was dominant.

He's smooth on the ball and, for a winger, has the goalscoring touch that has separated him from some of the league's best at the position. A more playmaking winger by trade that can play across the front line, Torres led Orlando City in goal contributions in his first MLS season, no mean feat for a player his age.

But perhaps the most impressive thing about Torres is how he steps up in big games. Much like he did in that title-clinching game back in Uruguay, Torres made it known during his time in MLS that he can be counted on in vital moments.

During Orlando City's U.S. Open Cup run, he was marvelous, capped by a dazzling performance in the final. He scored twice and assisted another as Orlando defeated Sacramento Republic 3-0 in that finale, delivering the first trophy since the club's move to MLS almostsingle-handedly.

And then, on Decision Day with his side needing a win to make the playoffs, he carried Orlando once again. After going behind early to the Columbus Crew on a Derrick Etienne goal, Orlando fired back through Junior Urso in the 56th. But it was Torres who stepped up to bury a pressure-filled 84th-minute penalty, sending Orlando to the postseason in a do-or-die game.

“For Facundo to be this young with that responsibility on his shoulders, it’s amazing,” Orlando manager Oscar Pareja said after that win. “He carried the team to win the Open Cup and he carried the team today. At this age, that’s not an easy job. … I recognize his humbleness, his maturity. Orlando should be very happy to have a player like this here. He’s really carrying us.”

Torres is a player for the big moments, and he's only getting better as he improves his decision-making at a higher level. He's still far from a perfect player but, given the effort he put in to acclimate to MLS, he seems to have the mentality needed to keep improving.

Where would Torres fit at Arsenal?

Talks remain preliminary and a deal isn't imminent, but it's clear to see where Torres would fit at Arsenal.

The club is in the market for someone to backup Bukayo Saka on the right wing, a position that is likely Torres' best. Serving as Saka's understudy would also, theoretically, allow Torres to ease into life at Arsenal, which would represent a massive step up from MLS.

At just 22, Torres very much falls in line with a typical Arsenal signing, with the club tending to target younger players with high upside. Torres is exactly that, having emerged from a proven academy into MLS, a league that is earning a reputation for developing young talent like Alphonso Davies, Brenden Aaronson and Miguel Almiron.

On the Orlando City side of things, it would likely take a pretty hefty offer for them to sell given the investment made to sign him from Penarol. The club always knew this day would come, but probably couldn't have expected it to happen so soon as Torres exceeded most people's expectations in year one in MLS.

Arsenal announce £45.5m loss despite slashing wage bill - but what do the numbers actually mean for the Gunners?