A semi-professional footballer who fouled a bisexual player on the field and subjected him to homophobic abuse has been ordered to pay out more than £1,200.

Ayokunle Odedoyin, 32, became aggressive towards Jahmal Howlett-Mundle, 24, in a fit of anger as his own team was losing during an FA cup preliminary game on August 7 last year.

Odedoyin's team Tower Hamlets FC was losing the match when he dived in to tackle and then abused the centre-back from Sheppey United, who had come out as bisexual just 10 days earlier.

Mr Howlett-Mundle, who is also a full-time schoolteacher, praised his teammates for their support when he came out at the end of last July.

At Bexley Magistrates' Court yesterday, Odedoyin was ordered to pay out a total of £1,215.

But in an interview with BBC South East, Mr Howlett-Mundle said: 'I don't think it's going to deter people in the future from being homophobic. 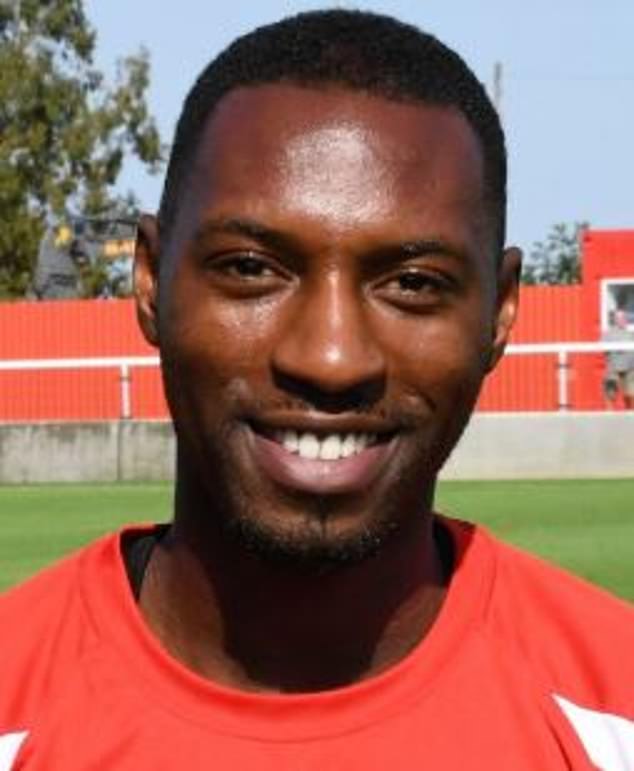 Bisexual footballer Jahmal Howlett-Mundle, 24, a centre-back for Sheppey United, was subjected to homophobic abuse on the pitch on August 7 last year by rival player Ayokunle Odedoyin, 32, of Tower Hamlets FC

'How are people supposed to understand that there's a lot of pain and suffering that does happen to people like myself and other active LGBTQ+ football players.'

Odedoyin was handed a 12-month community order with 120 hours unpaid work. His costs included £500 compensation to the victim as well as £620 court fees.

Magistrates increased the compensation due to it being a hate crime and ordered Odedoyin pay a £95 victim surcharge.

He had been found guilty after a trial last month of one count of using threatening or abusive words or behaviour to cause harassment, alarm or distress.

Rebecca Helliwell, senior crown prosecutor in the CPS, said after the trial: 'Calling out and prosecuting homophobic language is vital to stamping out hate crime. These vile slurs have no place on our football pitches or society.

'The prosecution case against Odedoyin included eye-witness testimony from those who witnessed the incident and CCTV footage from the game on the day.

'I hope this conviction encourages more victims to come forward and report such hateful crimes in the knowledge that we will take their concerns seriously and prosecute perpetrators.'

The FA game finished 4-1 to Sheppey United, from Kent, who were then knocked out in the first round to Marlow. 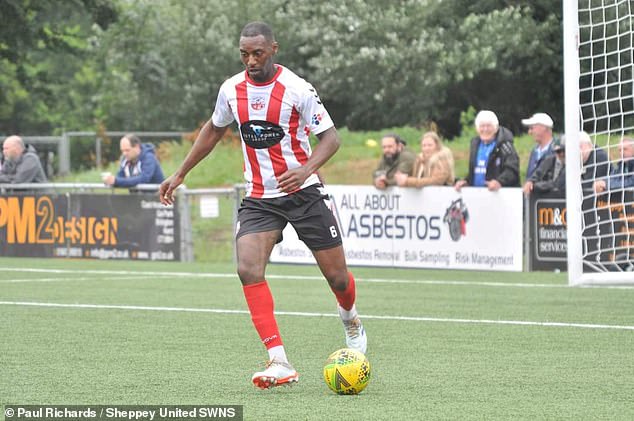 Mr Howlett-Mundle (pictured) who also works full-time as a school teacher, said: 'I don't think it's going to deter people in the future from being homophobic' 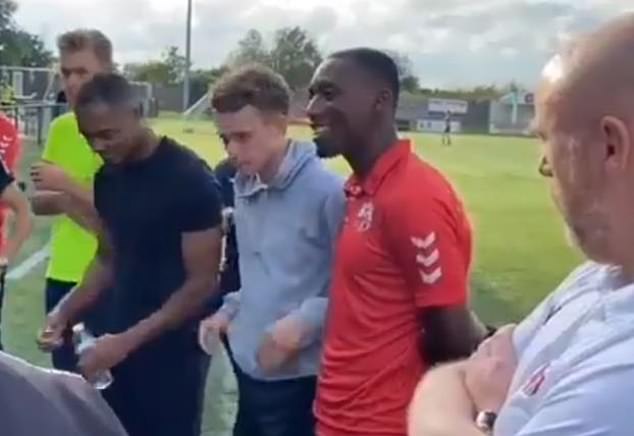 The issue of homophobia in football has come under the spotlight in recent months after a string of hate crimes during top-flight matches.

In December a man shouted homophobic slurs during a Midlands derby between Aston Villa and Leicester, then a Liverpool fan abused Everton supporters during their clash just days earlier.

Two month earlier an Arsenal fan launched anti-gay slogans at Brighton fans when the teams drew 0-0 on the South Coast.

It came as Blackpool star Jake Daniels last month became the first current player to come out as gay in the English top-flight in more than 30 years.

However no top flight player has come out during the Premier League era while still playing.

The first top flight footballer to come out was Justin Fashanu, the first black striker to command a £1 million transfer fee, but he took his own life eight years later in 1998.

Semi-professional Jahmal said when he first came out: 'I'm not the type of person to reveal large parts of my personal life and usually keep myself to myself.

'I certainly felt it was the right time to be honest with myself and my loved ones and by being open about my sexuality, maybe it will give others the confidence to follow suit.

'We have seen other sports people like Gareth Thomas and Tom Daley come out years ago and they are great role models for people like me.

'Whatever anyone's sexuality, you should not be treated any differently - I'm just as hungry as any other player to step onto the football pitch and give my all to win for our team and our supporters.'

The CPS said it is working with the police, clubs, player bodies and organisations like the Premier League, the English Football League and the Football Association to gather evidence needed to build a strong case and charge any hate crimes that take place during games.