‘Jurgen will tear them a new one’: Robbie Fowler insists Liverpool’s players should be 'TERRIFIED' over Klopp's reaction to their dismal Champions League defeat at Napoli as he warns the German will 'rightly pick a few players apart'

Robbie Fowler believes Liverpool's players 'deserve' to be yelled at by Jurgen Klopp following their abysmal 4-1 defeat by Napoli in the Champions League on Wednesday.

Despite displaying flashes of promise in attack, Liverpool were found wanting in defence across all areas of the pitch, conceding four sloppy goals and two penalties after just 47 minutes. 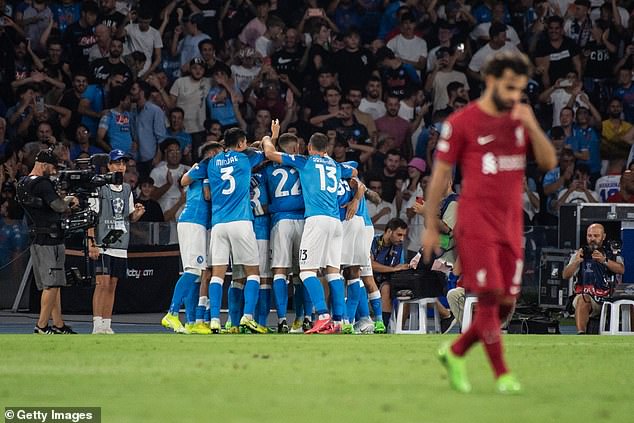 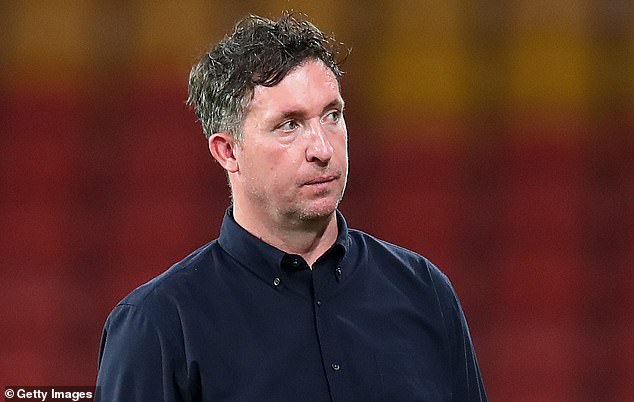 Ex-Anfield striker Fowler insisted that the players would have been 'terrified' heading towards the dressing room for Klopp's post-match dress-down.

'Players will go into that dressing room and they will be terrified because Jurgen will tear them a new one, and they deserve it,' he said during his post-match reaction on BT Sport.

'When you think of Liverpool, you should never, ever question the desire of the commitment, and Klopp will go in the dressing room and pick a few players apart there, and quite rightly so. 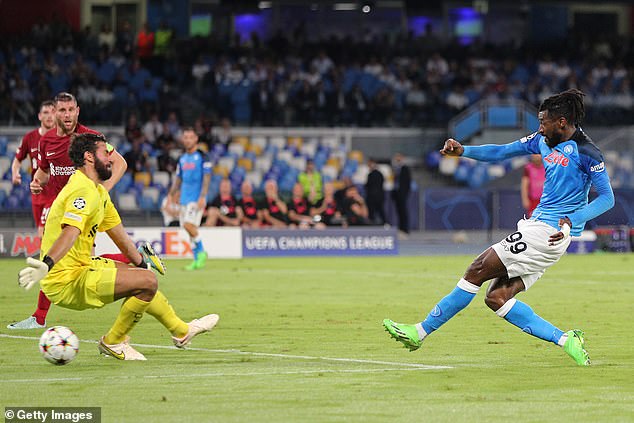 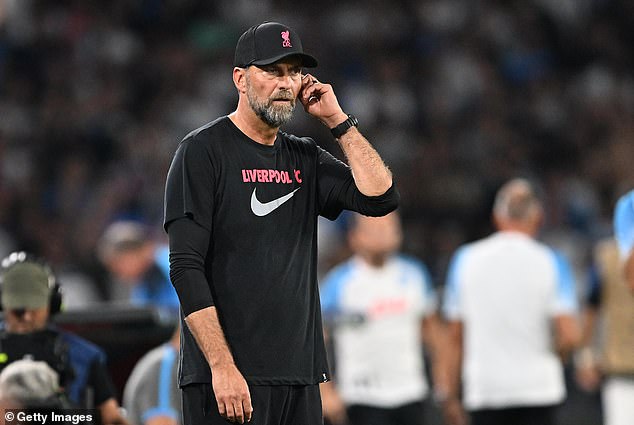 Fellow Liverpool legend Michael Owen, who was part of the punditry team alongside Fowler, warned his former side that they could be staring down the barrel of long and difficult campaign.

'Based on what we’ve seen this season, it’s simply not good enough for Liverpool Football Club,' he said.

'I just hope this isn’t another season that’s shaping up to be one to forget (like 2020/21 was). If this continues, it could be a long season.'

CHRIS WHEELER: Erik ten Hag has revived Manchester United in the space of just a few weeks with the Red Devils running and fighting harder than before, while Marcus Rashford looks to be back to his best under the Dutchman