Pep Guardiola rules Erling Haaland OUT of Man City's Champions League clash against Sevilla and says he 'doesn't want to take a risk'... but reveals the forward is 'feeling better' and hopes he will return to face Fulham on Saturday

The Premier League champions, who have already sealed qualification to the knockout stages, were without their Norwegian talisman against Leicester on Saturday because he sustained at foot injury against former club Borussia Dortmund last week.

Despite admitting Haaland was 'feeling better' ahead of the midweek clash at the Etihad, Guardiola insisted the striker was not worth the risk. 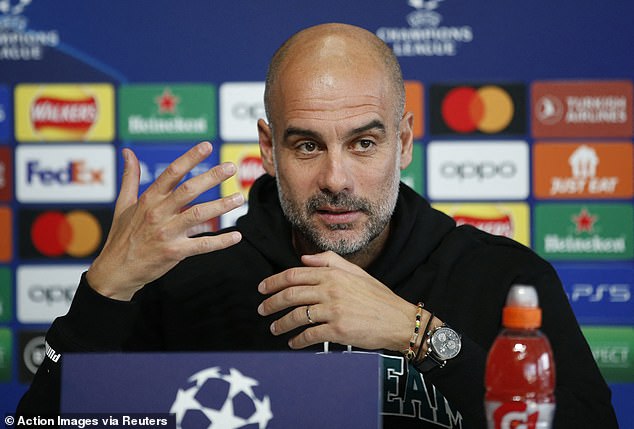 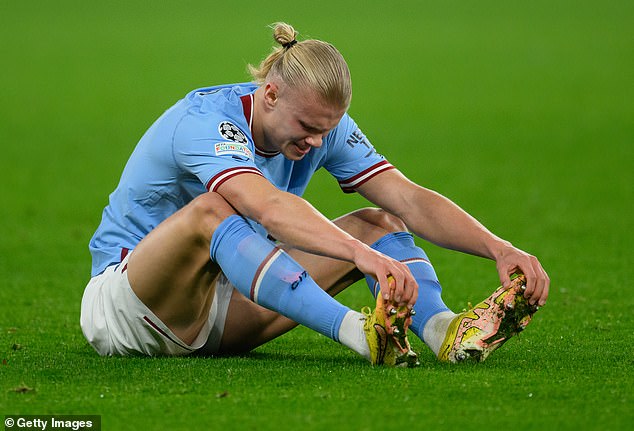 The Spanish manager said: 'For tomorrow he (Haaland) is not available.

'Still not 100%, we don't want to take a risk. Hopefully we have him against Fulham.'

Haaland enjoyed an explosive start to life at the Etihad before picking up his injury, netting 22 goals during his 16 appearances in all competitions.

City edged to a narrow 1-0 victory against the Foxes without their 22-year-old hitman on Saturday, thanks to an early second-half strike from star midfielder Kevin De Bruyne. 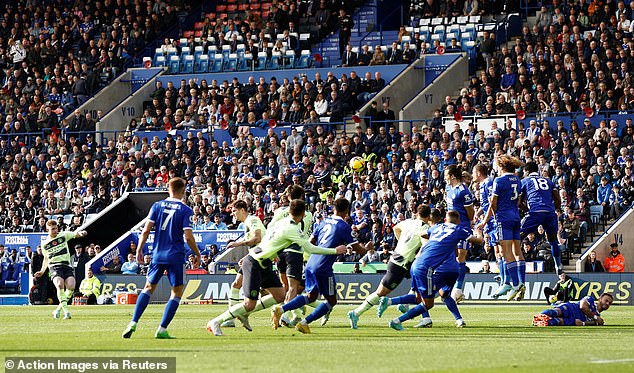 'I will have to see from the training sessions but of course there are four days, the recovery time is different to three.

'But of course the players who don't play as regularly are going to play, for sure.'

When asked whether the likes of youth stars Cole Palmer and Rico Lewis would earn opportunities against the LaLiga strugglers, Guardiola replied: 'Potential to play, but let me see the training session today and tomorrow.'

A point against Sevilla would be enough for Manchester City to seal top spot in Group G, although it is likely even a defeat would see them advance through in first position, barring a heavy thrashing by Dortmund against Copenhagen.