Financial terms of the deal with the Croatian club Hajduk Split were not disclosed, but reports put the transfer fee in the $6million neighborhood.

Stipe, 20, joins the reigning MLS Cup and Supporters' Shield winners through the U22 Initiative and will occupy an international roster slot, amid reports that he was the subject of interest from teams in the Premier League and beyond. 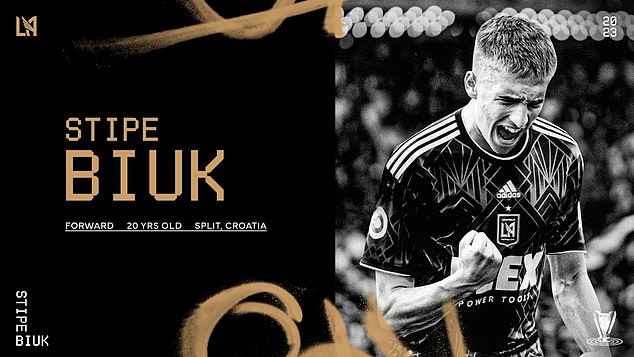 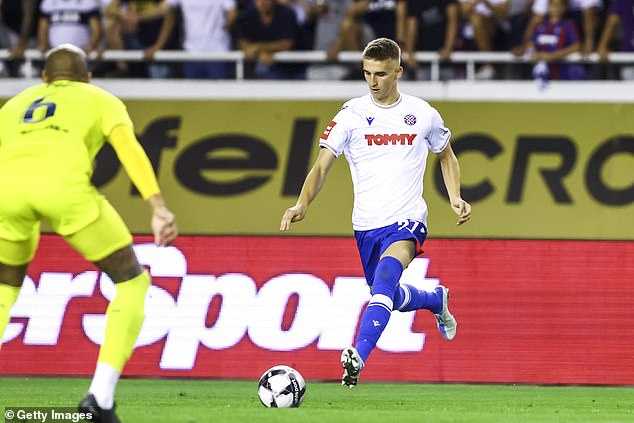 The 20-year-old leaves Europe for MLS, after playing in Europa Conference League in August 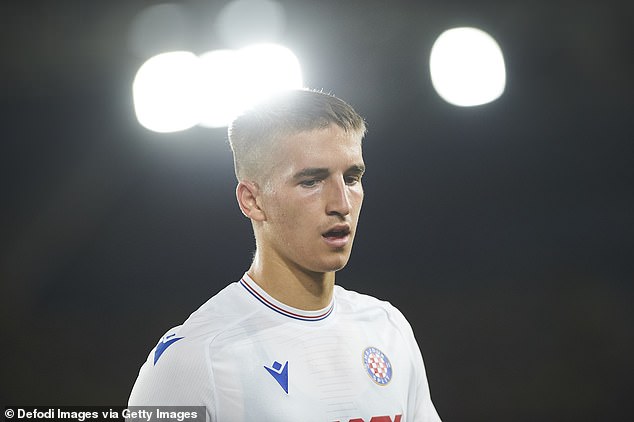 Biuk was among the finalists for 2022 Golden Boy award, eventually won by Barcelona's Gavi

In 2021, The Sun claimed that Manchester City were keen to sign the player, while other clubs in Europe had also been keeping a close eye on the player.

'Stipe is an incredibly talented player with considerable experience for his age who is recognized as one of the top young players in Europe,' LAFC co-president and general manager John Thorrington said in a release.

'It is exciting to welcome a player of his quality, pedigree and potential to LAFC, and we are confident he will excite our fans and contribute to our team's success in the years to come.'

Biuk recorded six goals and eight assists in 66 matches with Hajduk Split since making his debut in 2020. He helped the club win the Croatian Football Cup in 2021-22.

Biuk was named to the UEFA.com '40 for the Future' list in 2022 and was a finalist for the 2022 Golden Boy Award as one of Europe's best young players.