Let's keep this fighting spirit going, urges Everton scorer Demarai Gray, as he says gritty point at Manchester City is proof the Toffees will not be involved in a Premier League relegation scrap again

While Manchester City were left counting the cost of more dropped points, Demarai Gray claimed that Everton’s gritty display can provide a platform to steer them clear of a relegation scrap.

Gray revealed that the feisty encounter, which included seven yellow cards, is something the Toffees had hoped for in a bid to make life tough for the Premier League champions.

Kevin De Bruyne and Erling Haaland were frustrated by hefty Everton challenges as City were knocked off their stride, with Ben Godfrey particularly impressive at the back. Frank Lampard’s side only registered one shot on target but Gray’s effort flew beyond Ederson and now offers some momentum after a Boxing Day sucker punch dealt by Wolves. 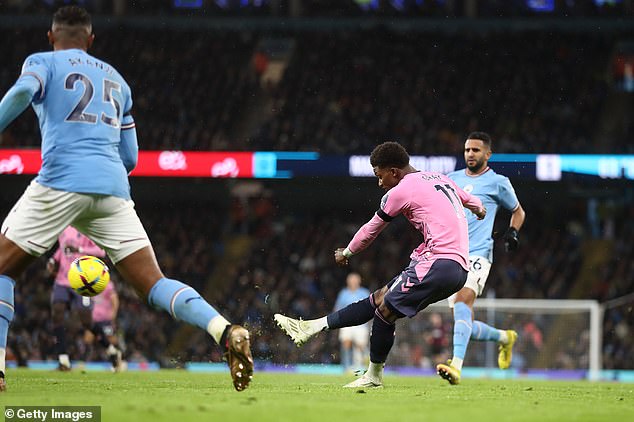 ‘It’s part of our character and the club’s DNA — fighting and digging deep for results,’ Gray said. ‘We left everything out there. You have to approach games a bit differently, especially at the Etihad.

‘If we are at home, we can give anyone a challenge but going to City is difficult so sticking to the game plan was key.

‘It’s massive. A lot of teams go there and get turned over. We have shown our character again, it’s just about maintaining that.’ 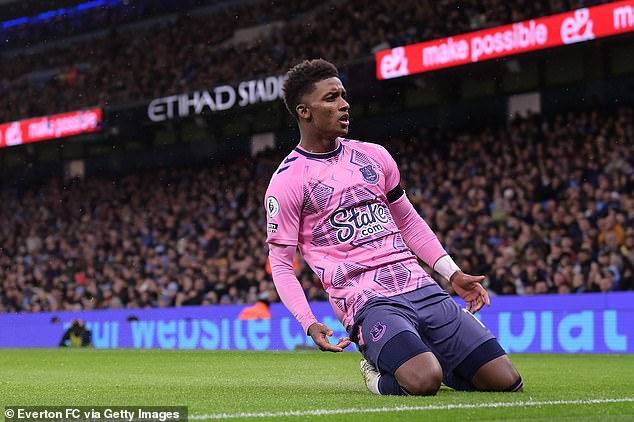 Everton had lost six of their previous eight Premier League games — including each of the last three against teams around them in the bottom half of the table — but were buoyed by the return of Dominic Calvert-Lewin.

The striker has featured in just seven games this term because of injury, while Gray hopes the club can commit to strengthening in the transfer window to avoid the same battle against the drop that they endured last year.

‘Having him back is a massive boost for us,’ Gray added. ‘He has had a tough time. It’s unfortunate because he has done everything right, he looks after himself. 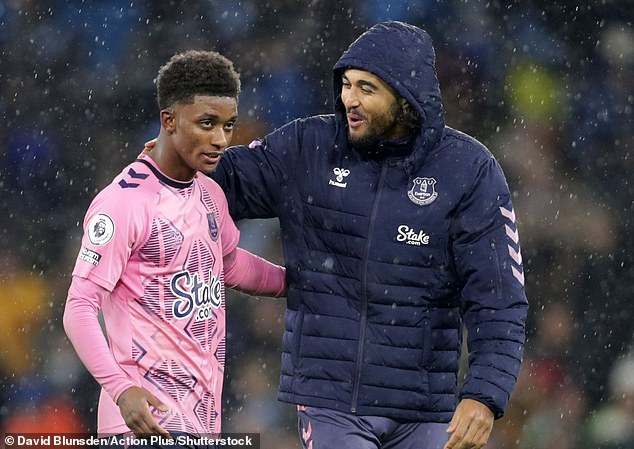 ‘I’m happy to have him back — he is a massive part of our game plan.

‘There is always room for improvement and to add more depth and quality to the side and hopefully we do that.

‘It’s a long season, there are a lot of games coming thick and fast, and it’s an important moment so I’m sure the club will look into that.

‘(In attack) is an area of the pitch where we do need to improve. I’m analysing where I can do better and trying to replicate that.’