'He knows what he is there for and does it perfectly': Bernardo Silva praises Erling Haaland for 'not caring about touching the ball', after the striker notched his 21st Premier League goal after just 15 games

Manchester City midfielder Bernardo Silva has lauded Erling Haaland for 'not caring about touching the ball' after the striker's startling run of form this season.

Haaland has netted 21 Premier League goals in just 15 games, including City's only goal in their 1-1 draw with Everton on New Year's Eve.

Silva felt his teammate's ability to stay focused when not involved in the game is one of his key strengths. In quotes carried by Goal, he said: 'The thing about Erling is that he doesn't care about touching the ball. 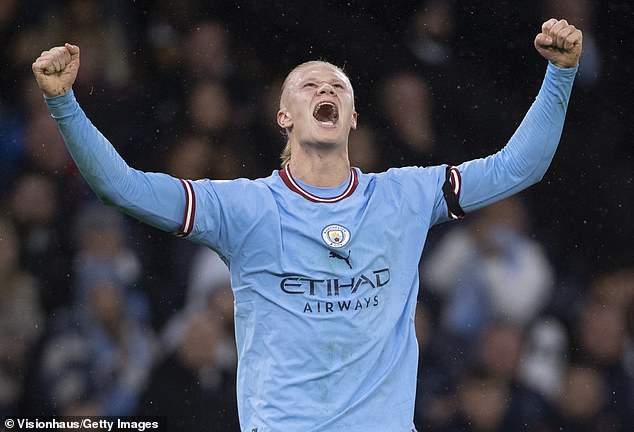 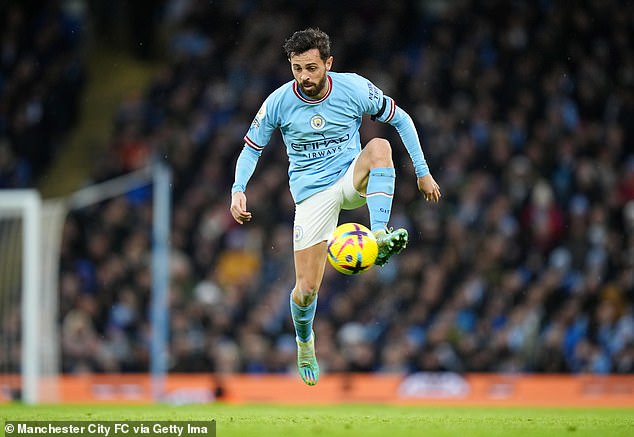 'If you play me as a false nine or Phil Foden, after a game playing in that position it is not easy because you don't touch the ball many times and you get frustrated because you need to touch the ball to feel a part of the game.

'Erling may not touch the ball for 30 minutes, but he touches it once and he scores, he is happy and delighted. To have that kind of player who is so focused on just the end product is great because he knows what he is there for and he does it perfectly.'

The Portugal star went on to discuss Haaland's hunger for goals, as he added:  'You saw that he scored two [against Leeds] and he wasn't happy because he could have scored more in that game. 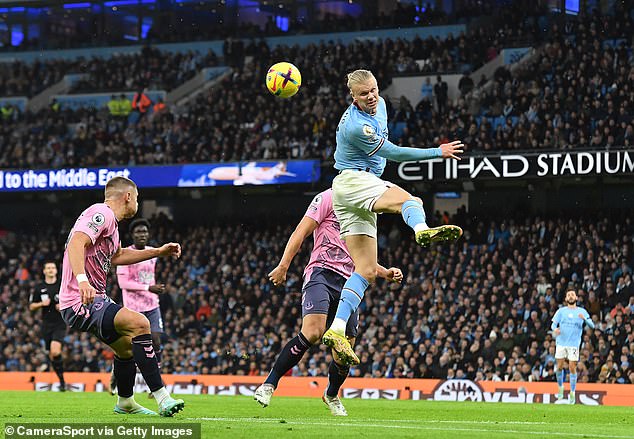 'It is just crazy because any other player if they scored two goals would be over the moon, but he was happy and not totally happy because he felt he could have scored more which shows how ambitious he is, how focused he is to help the team and to be better every day. I am very happy we have a player like that.'

Despite Haaland's recent form, Pep Guardiola's side have struggled to match the domestic dominance they have become to used to in recent years.

They currently sit second, seven points off leaders Arsenal as the season approaches its half way point.

If the Cityzens are to have any chance of closing the gap, their Norweigan front man will have to play a big role over the coming months.