Chelsea make a late £43m bid for Ajax's Edson Alvarez... but the Dutch side are reluctant to lose the defensive midfielder, who is keen on a move to Stamford Bridge

The Dutch champions are refusing to sell any more of their squad this window. However, Mexico international Alvarez, 24, wants Ajax to consider the offer as he fears the chance to move to Chelsea may not arise again.

Ajax have already sold Lisandro Martinez and Antony to Manchester United and had earlier told midfielder Mohammed Kudus that he could not join Everton despite the Ghanaian refusing to train. 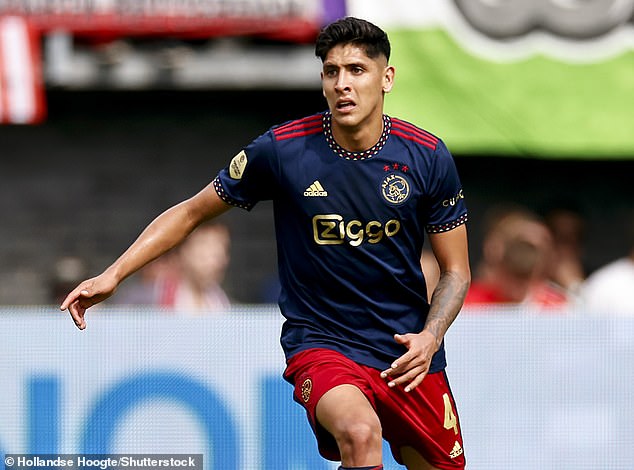 The Dutch transfer window closes earlier than the rest of Europe at 11pm UK time on Wednesday.

Chelsea have made their move amid injuries to N'Golo Kante and Ruben Loftus-Cheek while Mateo Kovacic is just returning to fitness. They have rebuffed offers for Conor Gallagher so far with over seven Premier League clubs showing interest, including Aston Villa and Crystal Palace.

Chelsea have pulled out of a move for Everton's Anthony Gordon over the asking price. They are interested in Rafael Leao at AC Milan but are continuing talks with Barcelona for Pierre-Emerick Aubameyang. 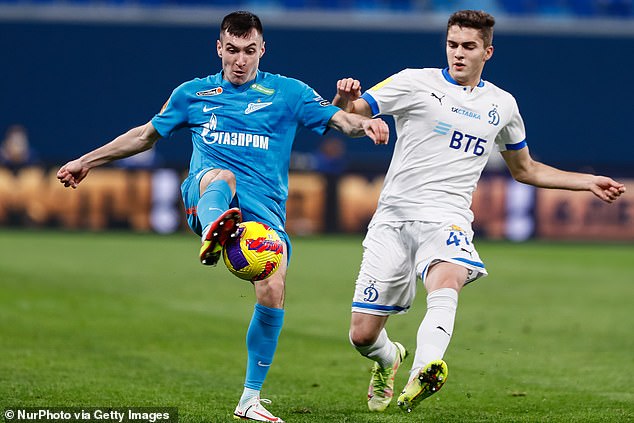 A deal for 19-year-old Dinamo Moscow midfielder Arsen Zakharyan is being held up by red tape.

Zakharyan scored nine goals and registered nine assists in 34 appearances for Dynamo last season, and has already been linked with a number of high-profile clubs.

Should the deal go through, it would further mark Chelsea's policy of signing highly-rated young players after already securing the likes of Omari Hutchinson, Gabriel Slonina and Carney Chukwuemeka this summer.