Erik ten Hag insists there's still 'a lot of room for improvement' despite signs that his Manchester United players are getting used to his style of play... as they prepare to welcome Arsenal to Old Trafford for his biggest test yet

Jadon Sancho’s winner at Leicester City on Thursday night made sure United rose to fifth following a nightmare start to Ten Hag’s reign.

The Dutchman was encouraged by the way in which United controlled the game against the beleaguered Foxes before facing his biggest test as manager when Arsenal travel to Old Trafford on Sunday. 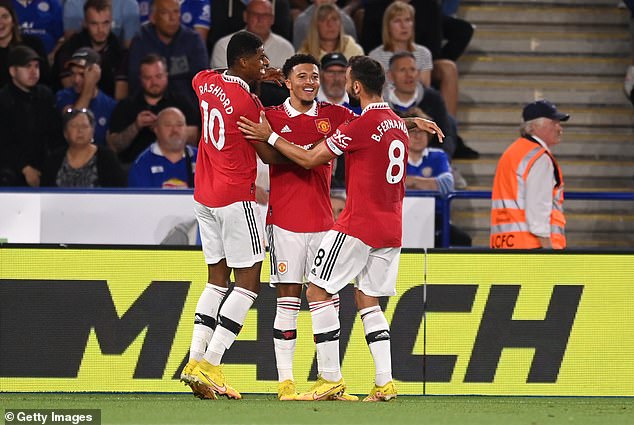 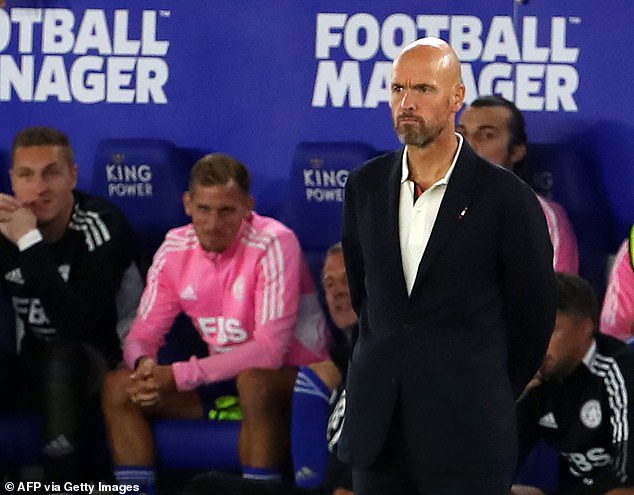 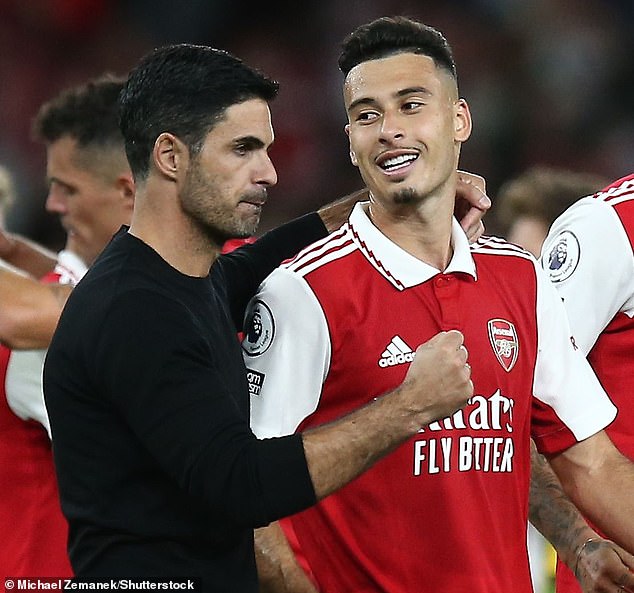 ‘I have seen some good stuff, I see structures are coming,’ Ten Hag said. ‘We are constructing and that's good to see. We have to do that and improve from game to game. That's work on the training ground, work on the video and work in the games.

‘It's about formation, about creating lines and making the right decisions. The decisions on the ball. But also out of possession, we are making good steps. We have a base but there's still a lot of room for improvement.’

United have kept successive clean sheets over the past week, although have only scored six goals in five games so far.

New signing Antony arrived from Ajax for £85.5million on deadline day and Ten Hag is leaving it late before deciding whether to throw the winger in from the off this weekend. 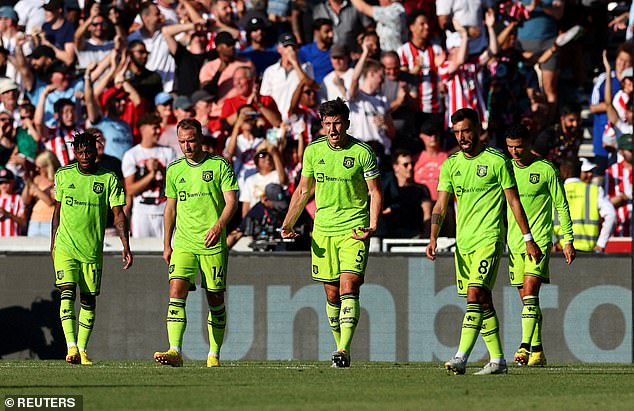 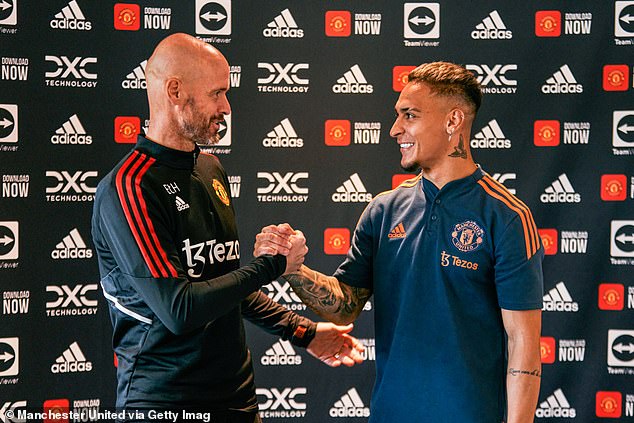 The 22-year-old underwent an individual session at Carrington on Thursday and is joining in with his team mates on Friday. Anthony Martial is again out through injury.

‘On Saturday we have a team session,’ Ten Hag added. ‘I'll think about it and we'll take a decision.

‘I have seen Arsenal, a tough opponent. They've started really well this season and you can see this is a team who are together longer, who have a coach bringing his philosophy to the team.

‘For us it's a good test. I'm really looking forward to it and we will pick the right XI to start. But as you can see, it's not only a team, we have a squad. The subs have come on and do really well.’

Cody Gakpo claims Man United's attempts to sign him were 'rushed and last minute' and he was convinced he would join them until LAST WEEK before 'the option faded'... as he reveals Louis van Gaal warned him off the deal