Rio Ferdinand tips Harry Souttar for a Premier League move after Australia star's heroics at the World Cup - as Man Utd legend says Socceroo's 'stock is rising' in Qatar   'Are they on the same level?': Virgil van Dijk aims dig at Man United as he suggests Cody Gakpo wouldn't have a choice to make between moving to the Red Devils or Real Madrid

'He is the hardest player I played against… only injuries stopped him exploding and being an absolutely crazy player for Man United': Rio Ferdinand hails former Old Trafford team-mate Louis Saha after his Sky Sports appearance

Rio Ferdinand has hailed Louis Saha after his appearance as a Sky Sports pundit - and said the French striker was one of the toughest teammates to face in training.

Saha spent four years at Manchester United between 2004 and 2008, where he came up against defender Ferdinand day-to-day on the training pitch.

Now retired from the game, the 44-year-old striker was a talking head for Sky's coverage of the Red Devils against West Ham on Sunday afternoon. 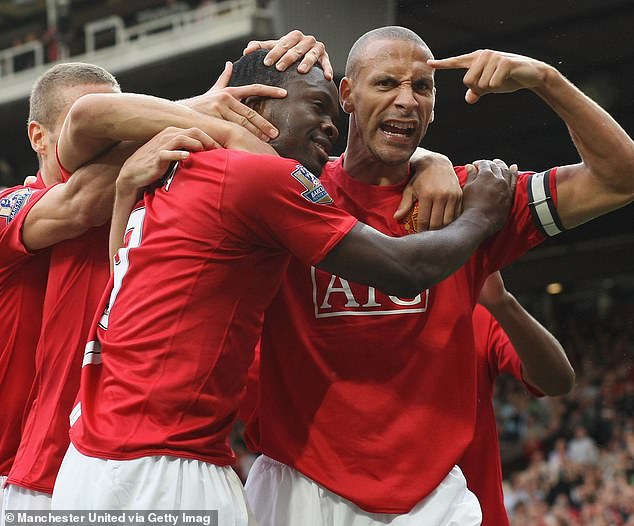 On his latest Five blog, fellow pundit Ferdinand was positive about Saha's appearance - even if he first had a dig over the Frenchman's choice of clothing for the occasion.

Ferdinand, 43, said: 'Louis what was you wearing?! Wow. Even my kid said Dad "is this live?" I said "No, this is Louis Saha, it's what he does." That's how he came to training, actually he would come smarter than that to training. I couldn't believe what I was seeing.'

However, Ferdinand said that Saha was one of the greatest players he came across in training, because of the toughness of working against him - and it was bad luck with injuries that stopped him from being at his best for Manchester United. 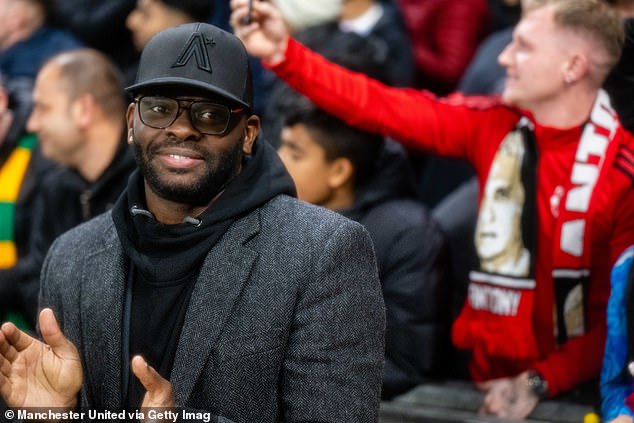 Ferdinand added: 'Shout out to Louis I love him. What a player. He actually in training he was levels. I remember Nemanja Vidic saying: "Louis Saha WOAH, does it get harder than this?"

'He is the hardest player I have played against. He used to be a madness. He was a joke. Only injuries stopped him exploding and being an absolutely crazy player for Man United.

'This guy cared, he is one of them guys when I look back now can see there was pain in his eyes because of the injuries. He knew what he was capable of and he wasn't able to go out and do it because he was held back by injuries.

'This guy was as quick as anything out there, off both feet, stronger than anybody, knew where to run and his timing was mad. Mad player. He could have been an absolute madness. He came on and changed games. 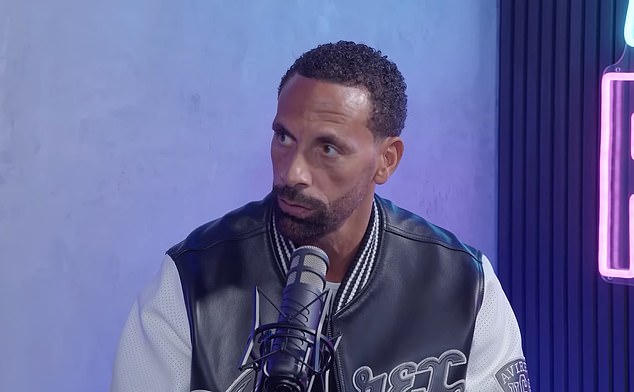 'I remember in training he was the hardest. Out of all the strikers I trained against at Man United he was probably the hardest one to play against.

'[Wayne] Rooney took the ball when the ball came in and would take it that way so the defender would come with you and then take it on the outside. Saha was the man at that.'

Saha made 124 appearances for Manchester United across four years, before moving to Everton, Spurs and then Sunderland. He finished his professional career at Lazio in 2013.