EXCLUSIVE: Hands off Rashford! Manchester United to tie down star forward before he can speak to foreign clubs in January, with PSG having been tracking the academy product

Manchester United will secure Marcus Rashford’s future at Old Trafford before the end of the year to fend off interest from rival clubs.

Rashford has entered the final eight months of his £200,000-a-week contract, and United will either offer him new terms or trigger the one-year option on his current deal — otherwise Rashford would be able to open talks formally with foreign clubs from January 1.

The striker’s representatives met officials from Paris Saint-Germain over the summer. 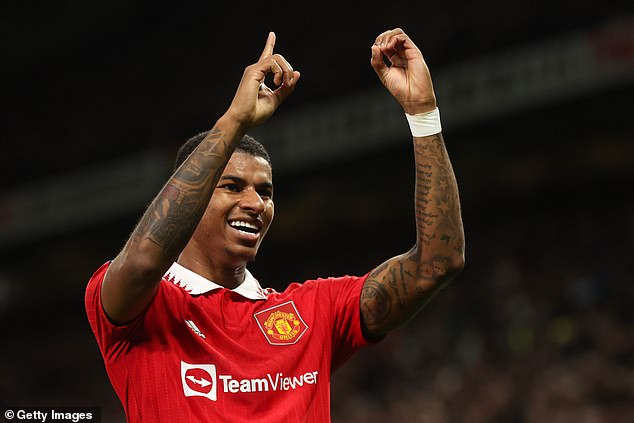 Rashford turned 25 on Monday after celebrating reaching a century of goals for United on Sunday, when he headed the winner against West Ham.

Manager Erik ten Hag sees Rashford as central to his plans and it is understood that the Manchester-born player wants to stay at the club he joined at the age of seven.

However, it may be difficult for the two sides to agree a new contract before the new year, particularly if Rashford goes to the World Cup with England this month. 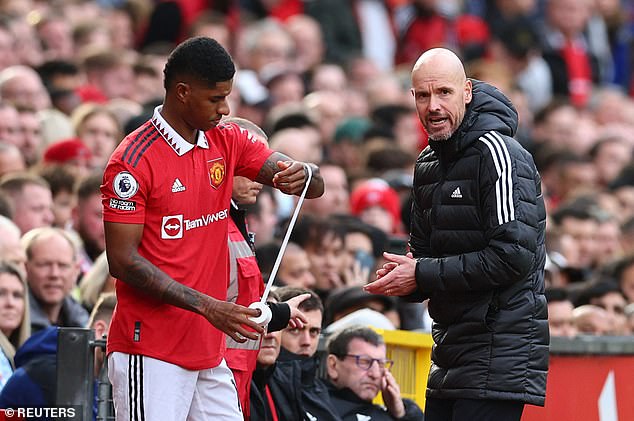 United can activate the 12-month extension that is built into most of their players’ contracts. This would buy them time to negotiate a new deal next year.

Rashford praised Ten Hag’s success in uniting the squad after inheriting an unhappy dressing room in the summer.

He said: ‘When you are playing in a team sport, you want the players to be together. The energy is more positive within the whole team and at the training ground, that is the biggest thing. It is stuff he (Ten Hag) mentioned as soon as he came in.’ 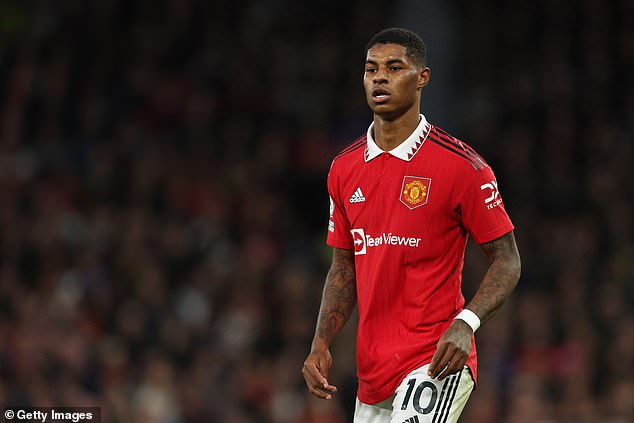 Rio Ferdinand says Sir Alex Ferguson would have had Lionel Messi man-marked if Manchester United had the chance to repeat Champions League final losses... but United legend says it wouldn't have made a difference anyway!