Portugal benching Cristiano Ronaldo would be 'the point of no return' for his international career just like it was for his time at Man United... he just won't be an impact sub - Sportsmail's Martin Samuel tells WORLD CUP CONFIDENTIAL Man United wonderkid Alejandro Garnacho is set to earn 10 TIMES his current salary with talks 'progressing well' over new contract at Old Trafford as Erik ten Hag's men prepare for life after Cristiano Ronaldo

'His obsession for winning is what surprised me most': Man United's Casemiro raves about Erik ten Hag's desire to be the best as he insists the Dutchman shows qualities seldom seen before despite having worked under Carlo Ancelotti and Zinedine Zidane

The five-times Champions League winner has starred under Ten Hag since completing his £70million summer move to Old Trafford, becoming a key figure in United's engine-room.

During his nine year stint at Real Madrid, the Brazilian played under Rafael Benítez, Carlo Ancelotti, Zinedine Zidane, Julen Lopetegui, and Santiago Solari. Quite the resume consisting of some of football's most fabled managers. 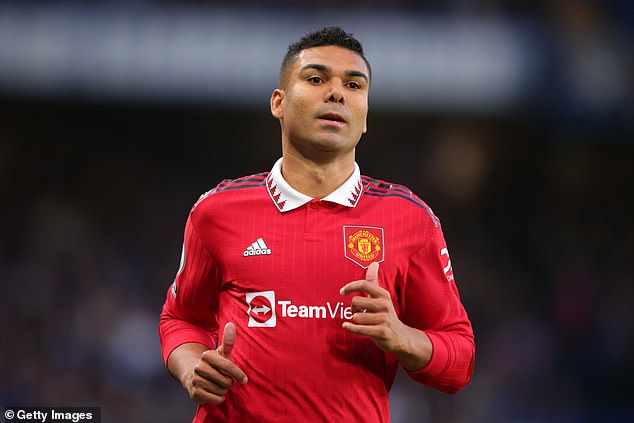 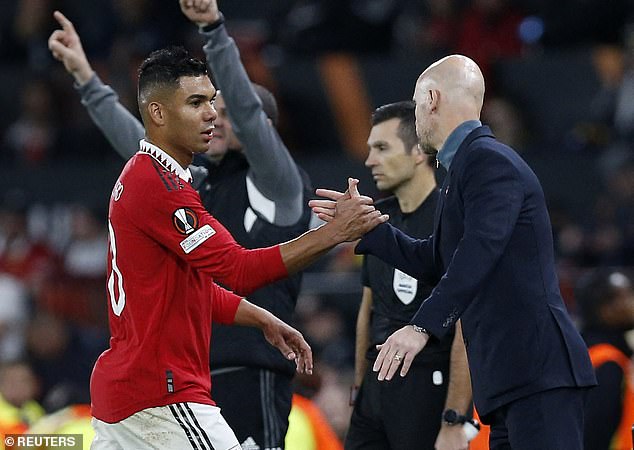 However, the 30-year-old believes new United boss Ten Hag demonstrates all the qualities required to bring the club back to the top of European football, despite having only joined the club in August.

When asked to appraise the impact Ten Hag has made in Manchester, Casemiro said: 'After being in football for quite a while even though I'm only 30, his obsession for winning is what surprised me the most.

'I think he's got many strengths, we all know it's a process and we're growing together.

'We want to win and [Ten Hag] is obsessed with teaching us and making us better to the millimetre. 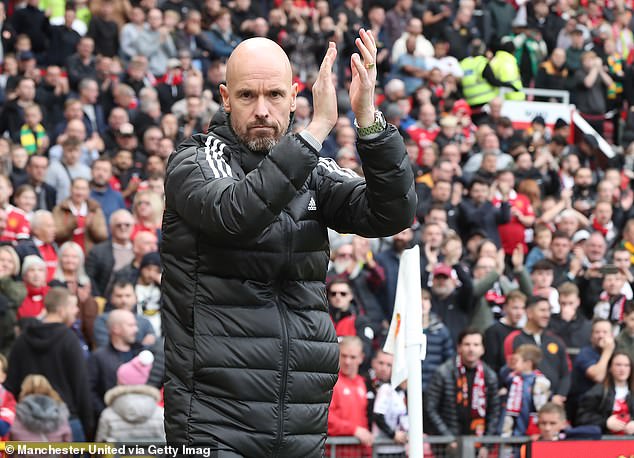 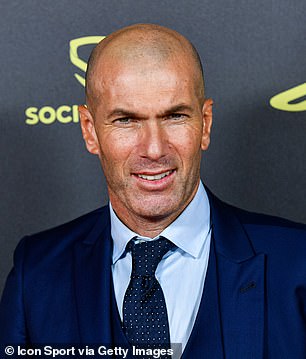 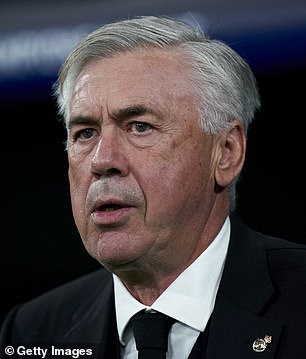 'That obsession with winning is something I've only seen with very few managers.'

Ten Hag's appointment is seen as a shift in approaches in the Man United boardroom with the club determined to see the 52-year-old bring the glory days of yesteryear back to the Theatre of Dreams.

Previous disappointing managerial appointments have seen Jose Mourinho, Ole Gunnar Soskjaer, and interim appointment Ralf Rangnick all fail in their quest to challenge for the Premier League title once more.

Casemiro's decision to join the struggling Reds came as a surprise to many, with Real Madrid's willingness to let one of their most successful ever players depart the Santiago Bernabéu even more so. 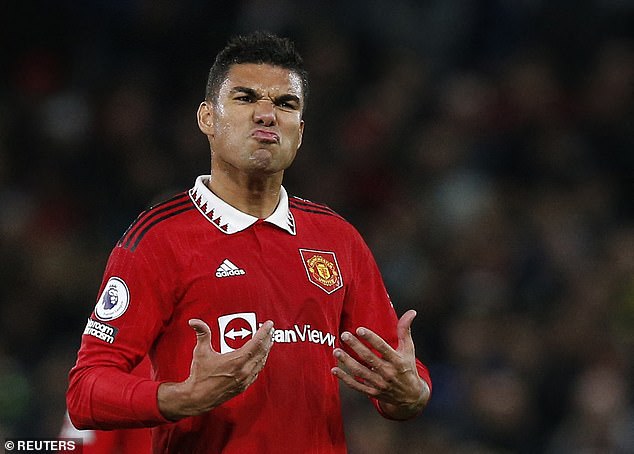 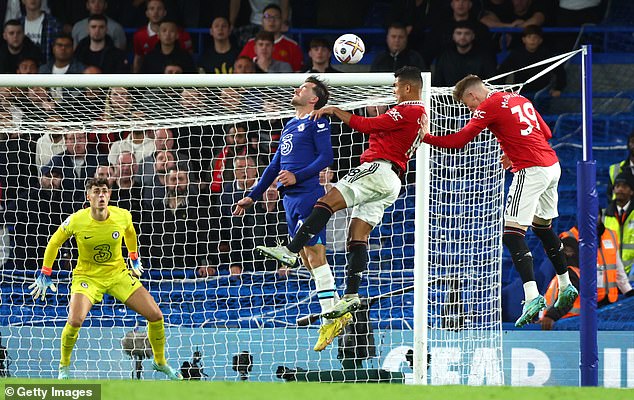 Many quizzed the Brazilian's intentions to leave the current Champions League holders for a side competing in the Europa League as being purely financial.

However, such suggestions were re-buffed by United boss Ten Hag who explained the serial title-winning midfielder needed a new challenge having spent the majority of his career in Spain.

'In the first conversation [Casemiro] told me he needs a new challenge because at Real Madrid he won everything,' said Ten Hag.

'He was a big part at Real Madrid and they didn't want him to go but he had the feeling 'I have to go to another club, another league to prove myself', and that shows his hunger.'