'You're talking about one of the best players in history': Casemiro insists Cristiano Ronaldo's bitter Man United exit is a 'sad' moment for the club... but the Brazil star is yet to speak with former team-mate following his tell-all Piers Morgan interview OLIVER HOLT: His ego can't take it but the inconvenient truth for Cristiano Ronaldo is that Manchester United aren't the only team better off without him - Portugal are too! Cristiano Ronaldo 'offered £62MILLION-a-year deal to join Saudi giants Al Nassr' after the World Cup... with the 37-year-old now a free agent after his tumultuous Manchester United exit Self-proclaimed 'best coach in the World' Luis Enrique has gone a long to proving his unorthodox methods WORK... his Spain team can progress to the last 16 and send Germany crashing out of the World Cup with a win 'He is the biggest disappointment to ever come to Man United': Gary Neville and Roy Keane SLAM Angel di Maria... as they claim the Argentina winger has 'no heart', is guaranteed to give the ball away and has NO end product

Manchester United will let Aaron Wan-Bissaka return to Selhurst Park in the January transfer window, according to reports.

The 24-year-old has fallen down the pecking order at United this season as Diogo Dalot has established himself as Erik ten Hag’s first-choice option at right-back.

Therefore, he could sign for Crystal Palace in January. However, the Eagles will only take the 24-year-old on a loan deal, according to reports. 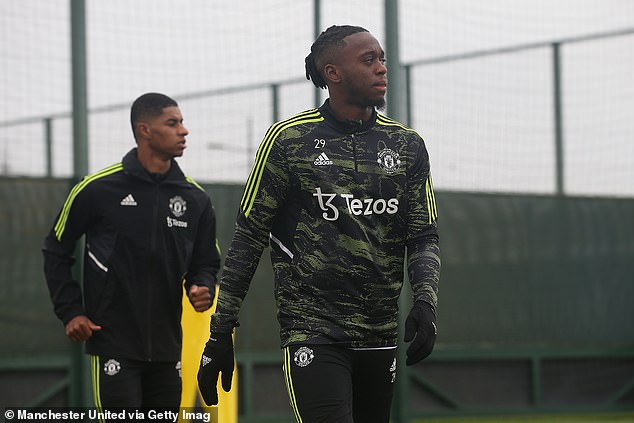 According to The Sun, a loan deal will still require 'some negotiating' as United are eager to offload the defender's £80,000-a-week wages for good.

The Palace academy graduate initially impressed at Old Trafford, but has since failed to live up to expectations. As a result, he has lost his place in the United starting XI.

Wan-Bissaka has played just four minutes for football for the first team this season - coming on as a substitute back in August.

His former side are interested in offering him an escape. However, the only way Patrick Vieira can afford the 24-year-old is via a loan deal. 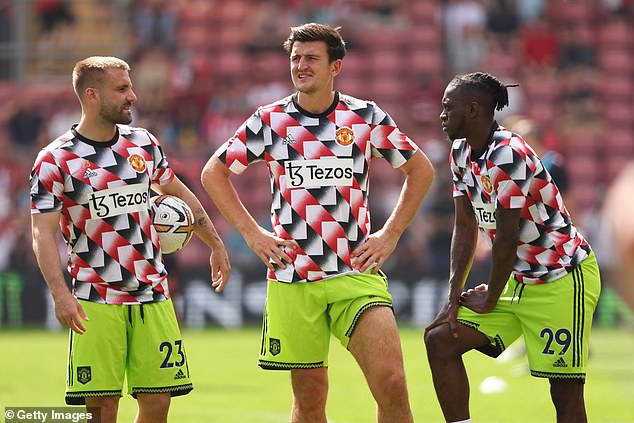 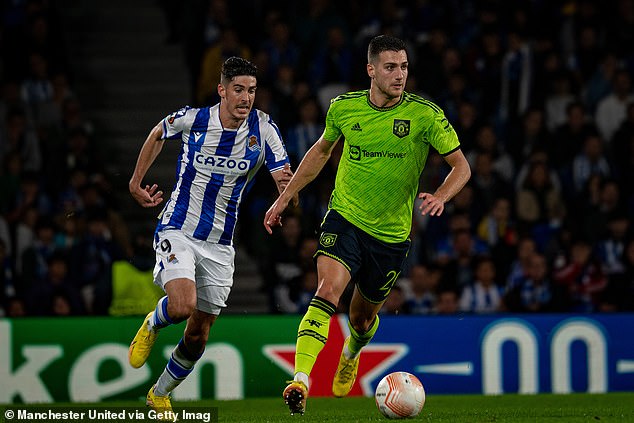 Wan-Bissaka joined United from Palace in 2019 and has two years remaining on his deal at Old Trafford, with the club having the option to extend it by a further year.

However, United are looking to cut ties with the 24-year-old as his style of play does not suit Ten Hag.

The Dutch manager prefers defenders who carry the ball forward and penetrate lines effectively. This is not a strength of Wan-Bissaka.

Nevertheless, during his time at Manchester United Wan-Bissaka has made a total of 127 appearances for the club.

Manchester United 'interested in Benjamin Sesko and Dusan Vlahovic as replacements for Cristiano Ronaldo'... as Erik ten Hag sets his sights on signing a striker with the Portuguese forward set to leave Old Trafford