How ice-cold Marcus Rashford is keeping his cool: Manchester United striker's hot streak is thanks to a -140C cryosauna treatment What EVERY Premier League club wants with five days to go in January window: Free-spending Chelsea have FOUR names on their wish-list, Aston Villa have cash to splash, Man United STILL want a low-cost forward and all 20 teams could be busy Why iceman Marcus Rashford is back to his red-hot best: Manchester United star is feeling the benefit of sessions in a -140˚C cryosauna worth £50,000 and previously used by Cristiano Ronaldo at the best gym in the UK  DOMINIC KING: Having insisted he 'lives and breathes' Everton, it is bewildering that Anthony Gordon now seems not to give ANY thought to how he will be perceived by fans as he tries to force through Newcastle move

Brighton 'are confident they can hang on to Alexis Mac Allister in January' despite interest from Chelsea, Arsenal, Man United and several European clubs after his World Cup exploits with Argentina

Brighton 'are confident' they can rebuff interest in Alexis Mac Allister during the January transfer window - despite a host of leading European clubs being linked to the Argentine World Cup winner.

Premier League trio Chelsea, Arsenal and Manchester United, plus Juventus and Atletico Madrid, have all been linked with a player whose value skyrocketed in Qatar.

Mac Allister, 24, produced a number of impressive performances as Argentina won the World Cup for the first time, beating France on penalties in a classic final. 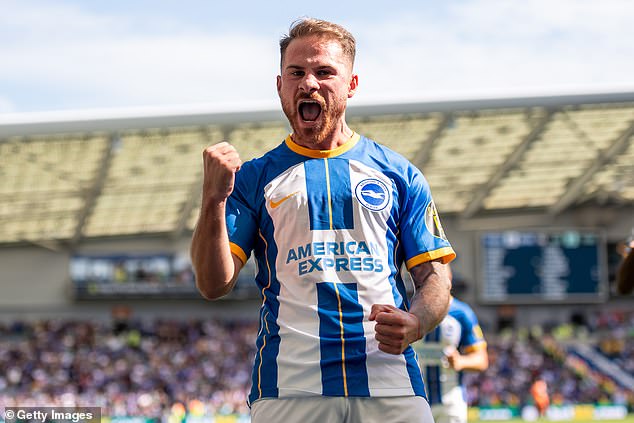 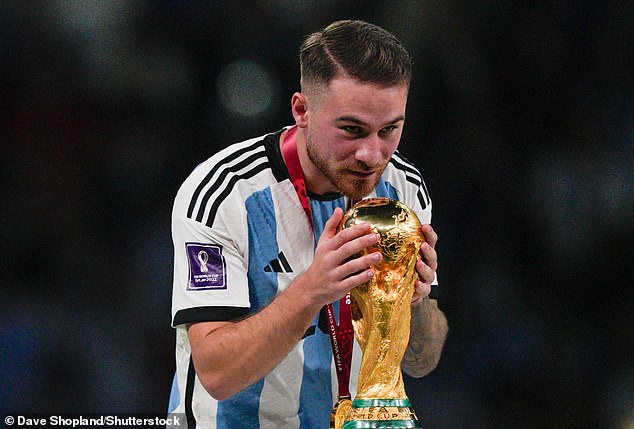 Brighton have not yet received any contact from any club over buying Mac Allister in January, according to The Athletic, and there is no release clause in his contract.

Mac Allister signed a new contract at the Amex Stadium, through until June 2025 with the option of a further year, just a month before the World Cup started.

His success in Qatar has undoubtedly boosted his value but Brighton will not put a price on his head and would certainly not wish to lose Mac Allister halfway through the season.

Brighton granted Mac Allister a fortnight off following his World Cup exploits and he returned to his home in Santa Rosa after enjoying the celebrations in Buenos Aires. 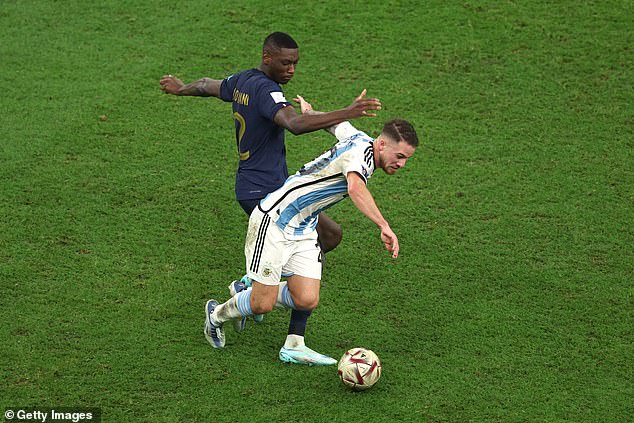 He was supposed to return for the FA Cup third round visit to Middlesbrough on Saturday but Mac Allister has come back sooner, such is his eagerness to return to club action.

Indeed, Mac Allister may be involved when Brighton travel to Everton in the Premier League on Tuesday night if head coach Roberto De Zerbi deems him ready.

Brighton lost 4-2 at home to leaders Arsenal on Saturday evening in his absence. 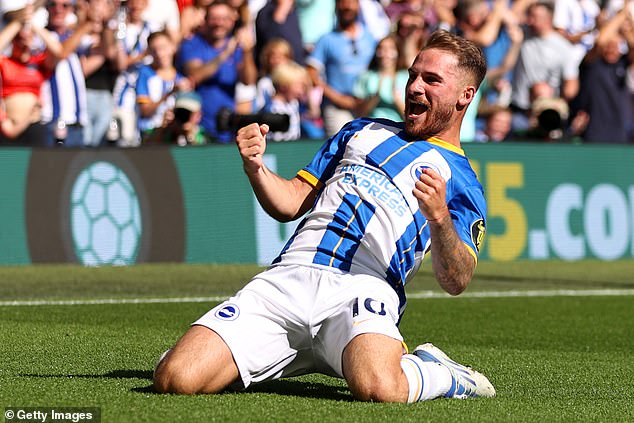 Mac Allister came into Lionel Scaloni's Argentina side after they were shocked by Saudi Arabia in their opening group game.

He started their remaining six matches en route to glory, scoring his first international goal in the win over Poland and establishing an excellent understanding with Lionel Messi.

Mac Allister set up Angel Di Maria's goal in the final, which looked to have Argentina on course for victory in normal time before France fought back.

Erik ten Hag insisted on taking control of Man United's RESERVES to ensure young talents have a route to the first team... with the Dutch boss in charge of selection, tactics and game time just like he was at Ajax

Liverpool had 'NOT planned to move for Cody Gakpo this January but changed their plans following Manchester United interest', as Jurgen Klopp persuaded the board to splash out on the forward following injuries to Diogo Jota and Luis Diaz