'He can be one of the top five players in the world': Casemiro admits he was 'really surprised' at Marcus Rashford when he joined Manchester United, as he praises the forward's intelligence and strength

Casemiro has heaped praise on his Manchester United teammate Marcus Rashford, as he admitted being 'really surprised' by the striker.

Rashford has been in excellent form for United so far this season, scoring 11 goals in 22 games across all competitions.

It has been Casemiro that has received the most plaudits, though, with fans labelling him the best defensive midfielder in the world after his recent performance against Nottingham Forest. 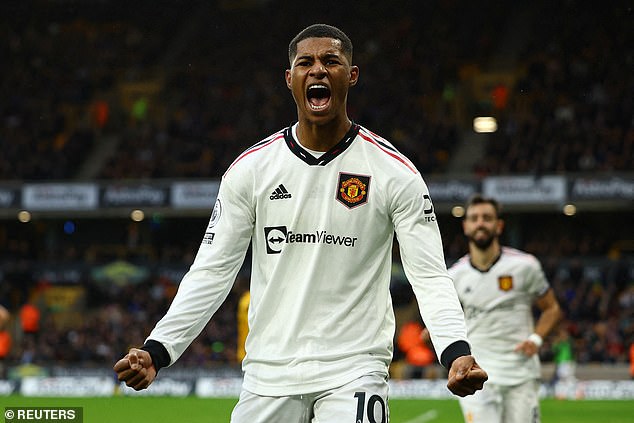 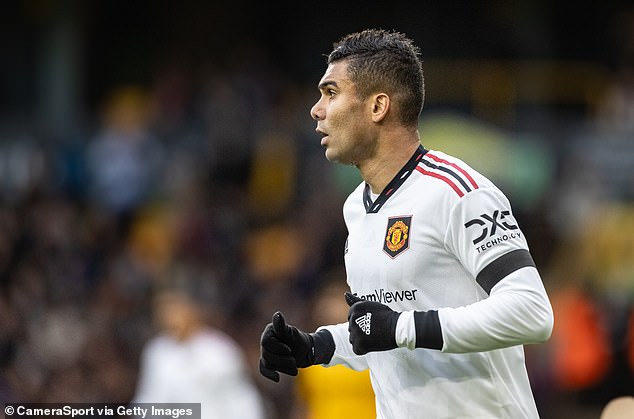 Casemiro has admitted being 'really surprised' by Rashford since joining United

The Brazilian has been thoroughly impressed by Rashford in the past few months, as he told ESPN Brazil:  'I'm gonna be very honest with you; I was really surprised with the player Rashford is.

'In my opinion, especially knowing the player off the pitch, I can tell you that if he's doing well, he can be one of the top five players in the world. He has an incredible way of hitting the ball, he's got strength, he's quick, is very clever playing.'

The striker had a mixed day in United's last games against Wolves on Saturday, as he was dropped to the bench for oversleeping but later came on to score the winger. 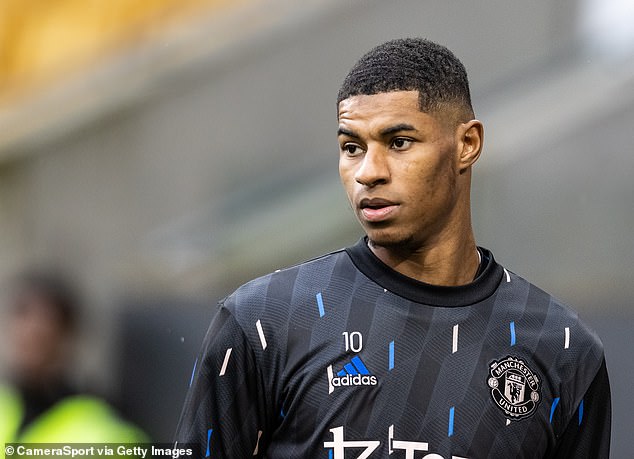 Casemiro continued: 'He was one of the players that really surprised me. Of course, when you play in a different league you already know the player, but when you're in the same club every day.'

'What a spectacular player. I'm enjoying so much playing with him. He gives us a lot of energy. I'm delighted to play with him.

And I'm sure if he stays like this, with the conditions he has, he can easily be a top-five player because he's exceptional.'

Manchester United are next in action when they face Bournemouth at Old Trafford on Tuesday.

CHRIS WHEELER: Mason Greenwood's potential availability after rape and assault charges were dropped against him is a NIGHTMARE scenario for Manchester United as they attempt to navigate a moral minefield