For Celtic and Rangers a return to the Champions League finished up a painful reality check. After a bitter taste of how the other half live solace stemmed from banking a few quid and the knowledge the ordeal was finally over. They will suffer no more.

Hours after Rangers concluded the worst Champions League campaign in history with no points and a goal difference of minus 20, Scotland’s league leaders travelled to one of Europe’s great amphitheatres and suffered a mauling.

Like matadors taunting a ragged bull last season’s finalists tore Ange Postecoglou’s side to ribbons with a little early help from two penalty kicks awarded for handball after VAR reviews. In a stunning 35 minutes Celtic were also awarded a spot kick, Josip Juranovic summing their campaign up when he failed to beat the mountainous Thibaut Courtois from 12 yards. 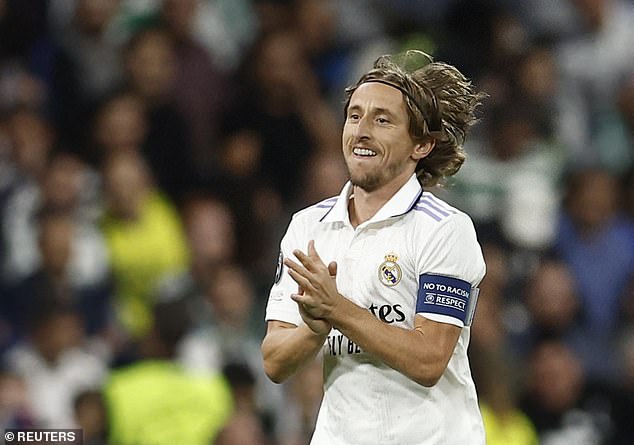 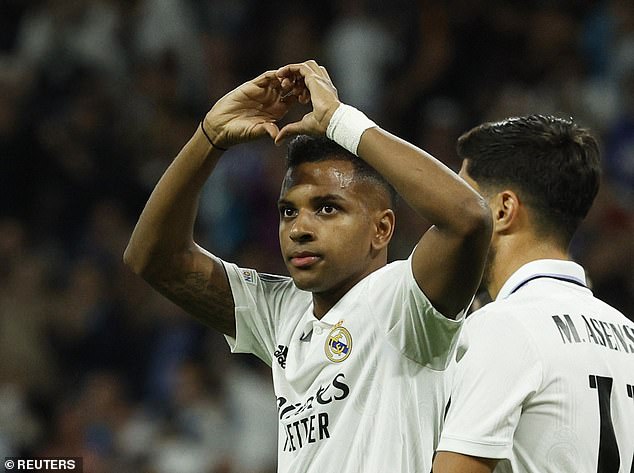 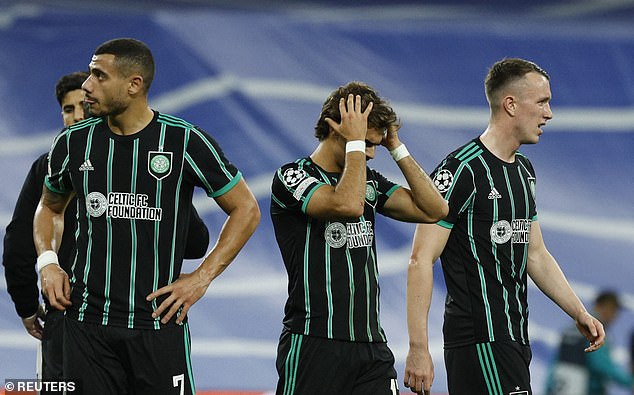 Celtic, who were already bottom of the group, were left dejected as they were thrashed 5-1

Celtic finally managed to force the ball past the Grande Murale of Madrid when substitute Jota curled a brilliant free-kick into the net from 20 yards with seven minutes to play. By then Celtic were already a beaten and outclassed team, ending the six games bottom of Group F with a record of two points, four goals scored and 15 conceded. Winners of the group Carlo Ancelotti’s side handed them a lesson in clinical finishing, most of all from 12 yards.

Stephanie Frappart had already captured the headlines by becoming the first female to referee a men’s Champions League game. The French official needed the attention which came from three first half penalties and a decidedly ropey performance like a hole in the head.

Two were awarded to Real Madrid for handballs after a review by video officials. The first, after four minutes, was a gift after stemming from a stumble by defender Moritz Jenz as he tried to close down a Federico Valverde shot. Luka Modric sent Joe Hart the wrong way. 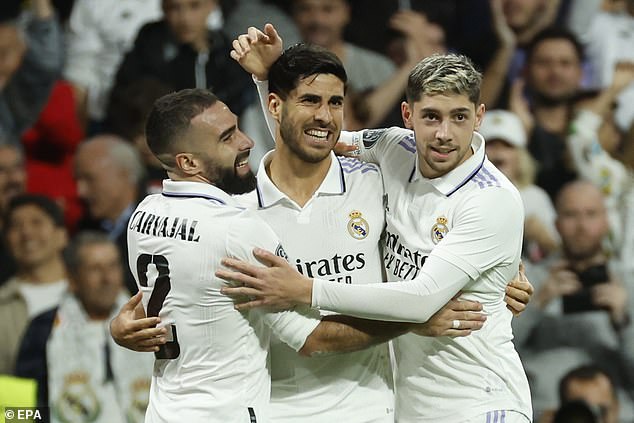 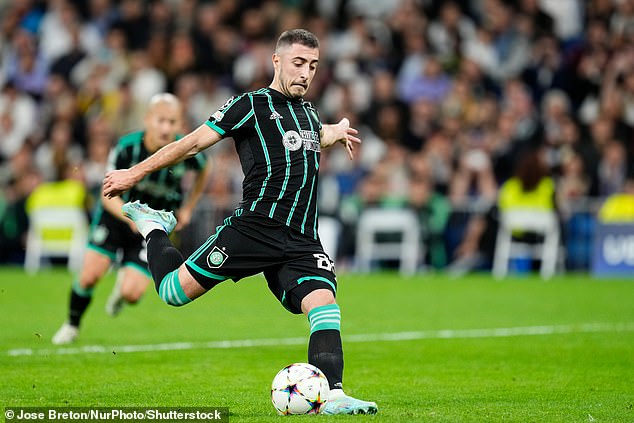 The second after 21 minutes was deeply harsh on Matt O’Riley; the kind of spot kick you see in almost every game now. Rodrygo’s shot careered off the arms of the Danish under-21 international at close range.

The midfielder could no more move his arms out the way than he could stop global warming with a click of the fingers. Missed by the referee the need for VAR to make itself the centre of the story is relentless. Madam Frappart was encouraged to look study the monitor and the outcome was a foregone conclusion. A booking for the hapless O’Riley only added insult to injury.

Rodrygo took it this time and, while the identity of the scorer was different the outcome was precisely the same.

After 21 minutes Real Madrid were two up without working terribly hard and when Vinicius Junior blazed a glorious chance for the third goal over the bar moments later Celtic looked like a team staring down the barrel of a cannon.

Missed opportunities have been the story of the campaign for the SPFL leaders. They’ll never have a bigger chance than they had when the third penalty of the game ten minutes before half-time. 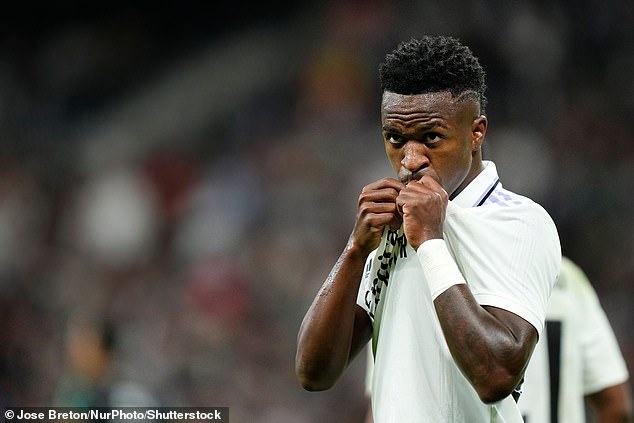 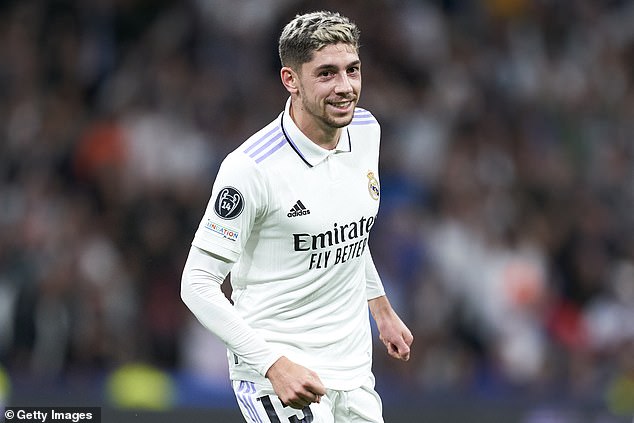 With teams like Real it’s the attackers people focus on. It’s the wizardry of Modric or the predatory instincts of Benzema. Man of the match in last season’s Champions League final the psychological impact of the giant keeper Thibaut Courtois is too often overlooked.

The Frenchman did a number on Juranovic when Celtic won the third penalty of the game after 33 minutes. Blistering pace from Liel Abada stripped Ferland Mendy on the right flank, the full-back chopping the Israeli to the ground.

From 12 yards Juranovic had scored all five of his previous penalties and can usually be relied upon. Not this time.

An animated Courtois went into full Bruce Grobbelaar mode on the goalline, psyching out the Croatian while the French official warned the outfield players against any encroaching.

Celtic’s catalogue of Champions League misery in front of goal continued when Juranovic smashed his spot kick instead of placing it. Courtois didn’t have to go too far to his right to stop it. For the second game in succession Scotland’s champions had missed a penalty and, with it, a chance to claim only their fourth goal in six games. They couldn’t take it.

In theory the absence of Karim Benzema from Carlo Ancelotti’s starting eleven should have helped. The Ballon D’Or winner missed the last seven games with a muscle problem and took to the pitch for the final 27 minutes. By then Real Madrid were 4-0 up and Celtic just wanted the nightmare to end.

Naturally rattled by the award of two penalties to the home side – the second harsh in the extreme – Celtic were never passive bystanders exactly. Look back on the first half on the whole and they had real chances to gain a foothold in the game. Stop me if you’ve heard this one before.

Shoe-horned between the two Real penalties was an opening for Kyogo Furuhashi. Left out of Japan’s World Cup squad the striker blew a chance to make a point when he couldn’t quite wrap himself around an enticing low ball from countryman Daizen Maeda after a lovely move. Another chance came on 27 minutes when Kyogo’s thundering drive from 18 yards was parried by Thibaut Courtois, the Frenchman repeating the trick from Reo Hatate moments later. Once again Celtic had efforts on target. Once again they lacked the clinical composure to make them count. 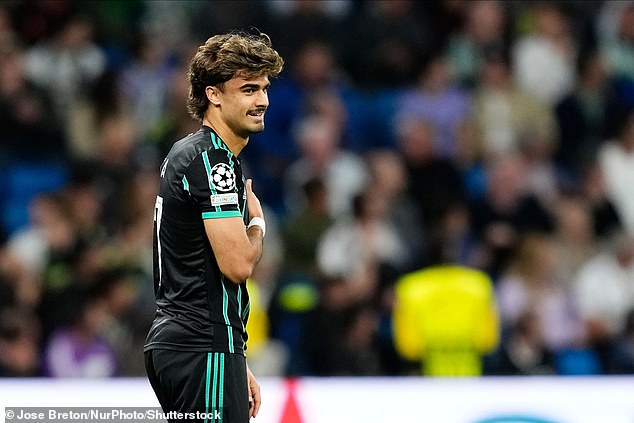 After coming on as a substitute, Jota got a consolation for Celtic with an excellent free-kick 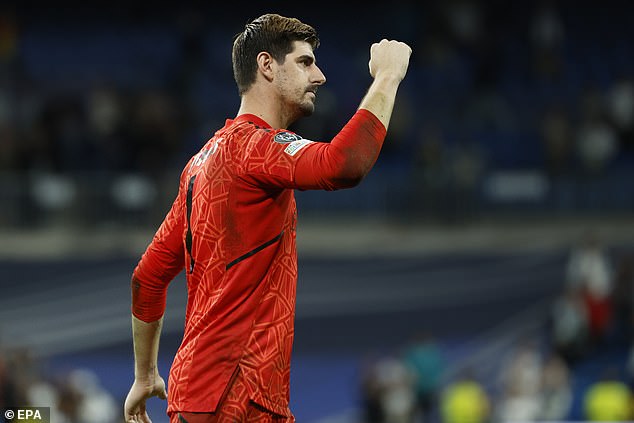 On that score Real Madrid had no issues. The third goal came six minutes after the restart. Dani Carvajal had all the space in the world on the right to scoop the ball back into the path of Marco Asensio. A thumping low first time finish gave Joe Hart no chance. Beaten 3-0 on their last visit to the Bernabeu in a European Cup quarter final in 1980 Celtic would have taken the same outcome there and then. Gladly.

The only question now was one of how charitable Real were feeling. Not in the slightest, as it turned out.

Goal number four came after 61 minutes. Valverde squared the ball across the six yard box and, with Hart unable to cut the ball out, Vinicius got across a tiring Starfelt to apply the finish.

Ange Postecoglou responded by replacing his entire front four, bringing on Giorgos Giakoumakis, Jota, David Turnbull and Sead Haksabanovic. With 19 minutes to play the night became ugly for Celtic; a replica of past seven goal maulings in Paris and Barcelona. The creator of the fourth Valverde arrived on the edge of the area to smash a sublime shot into the sidenetting past a hapless Joe Hart.

If nothing else they gave the fans something to cheer at the end of a tough old finishing school. Winning a free-kick 20 yards from goal Portuguese winger Jota took it himself and curled it brilliantly into the top corner. While Courtois was finally beaten it was all a little too little, too late.