Spurs were awarded a spot-kick after 11 minutes when Harry Kane's header hit the outstretched arm of Hammers defender Aaron Cresswell.

But after a four-and-a-half-minute review at Stockley Park, referee Peter Bankes eventually went to the monitor which showed the ball had hit Cresswell's face before his arm, and overturned his own decision. 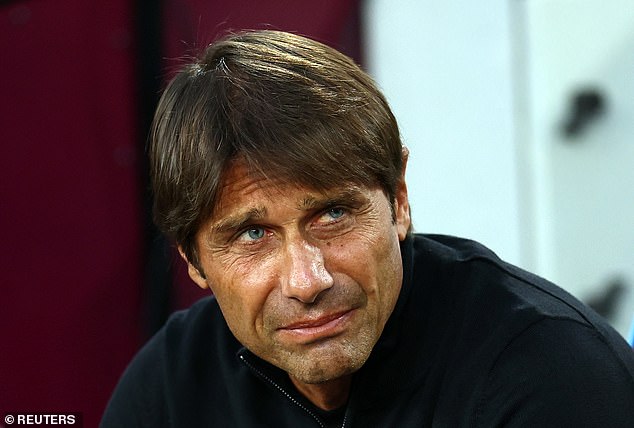 'I said to him at the end of the first half 'you have taken the right decision' and VAR for sure embarrassed the referee. To make him change a right decision was really strange.

'In England they have to learn much more to use the VAR in the right way. You have to study very well and be more accurate.' 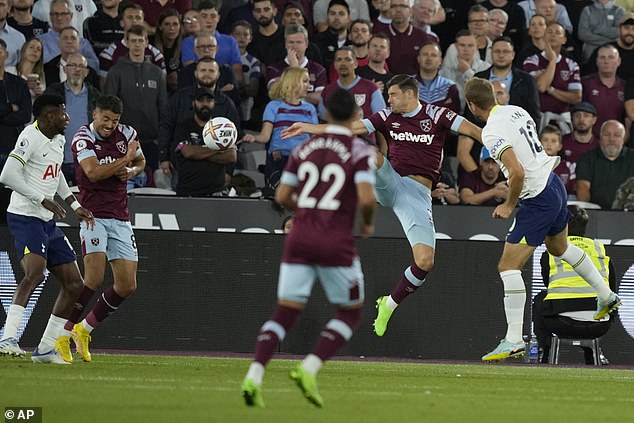 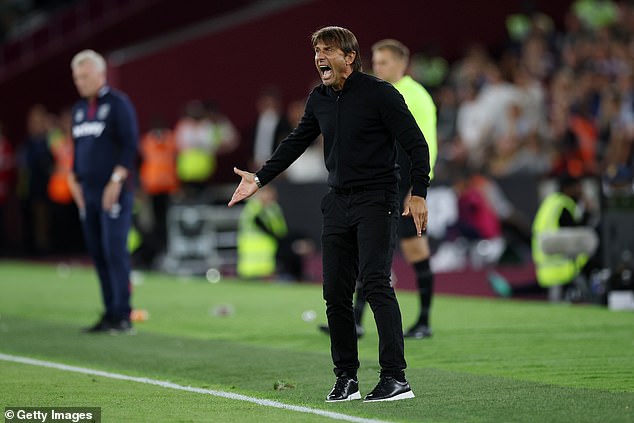 Tottenham did take the lead with a classic counter-attack after Eric Dier intercepted a one-two between Declan Rice and Said Benrahma on the edge of the Spurs area.

Dier's first-time pass found Kane, who fed Dejan Kulusevski before sprinting past him on the outside and collecting the return ball.

Kane's cross was meant for Son Heung-min but West Ham defender Thilo Kehrer got there first and diverted the ball into the net, denying the South Korean a first goal of the season.

However, the hosts secured a first home point of the campaign when Tomas Soucek collected a clever flick from Michail Antonio and rifled the ball home.

'In the end I think we had the opportunity to get three points,' added Conte.

'We have to be a bit disappointed with the result on one hand, but on the other it's not easy to play against West Ham in this stadium. We conceded a goal we could avoid. But in the end one point is good.' 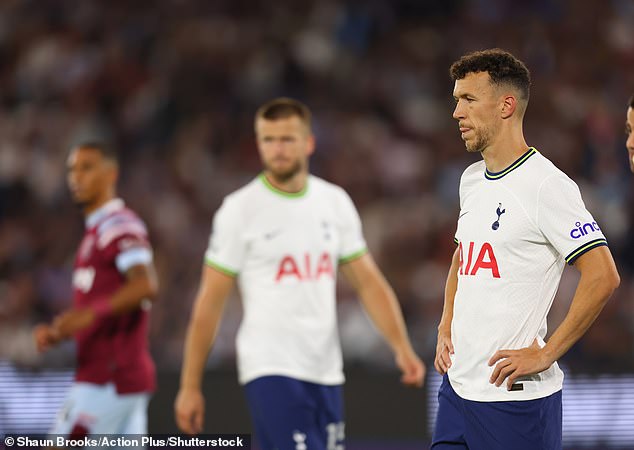 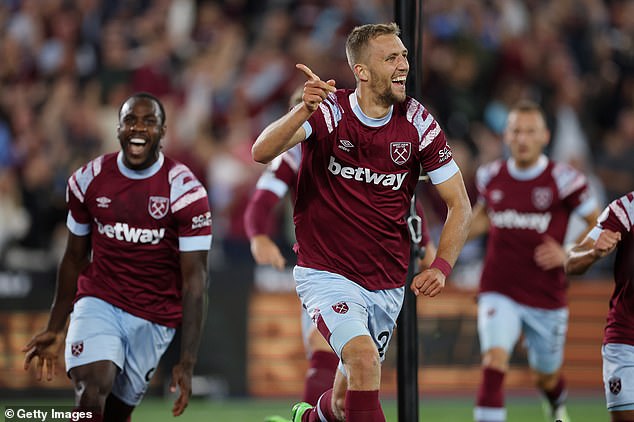 David Moyes gave club-record £52million signing Lucas Paqueta a debut as a substitute despite admitting beforehand that the Brazilian had not so much as passed a ball to his new team-mates having only arrived from Lyon on Monday.

It showed, when, with four minutes remaining, Vladimir Coufal pulled the ball back only for Paqueta and fellow new signing Emerson Palmieri to leave it to each other, 10 yards from goal.

Moyes said: 'It's difficult, he'd never trained with us because we didn't have time, but we knew enough about him that he could be creative. It was a small cameo but I'm really looking forward to working with him.'

Moyes admitted the overturned penalty was a pivotal moment. A draw is a good result but I'd liked to have won it. The turning point was the penalty going in our favour.

'As the game went on we grew into it. We stuck at it. I'm encouraged by what I'm seeing. We're trying to build towards a new side.'

'I can still do a lot more': Eric Dier insists that his England recall is just a 'starting point'... as the Tottenham defender prepares to end his two-year Three Lions exile to stake his claim for a place in their World Cup squad