Gary Neville urges Manchester United to be 'flexible' and 'agile' with their managerial situation and would not be against interim Ralf Rangnick STAYING as boss after this summer  Odegaard admits Arsenal have mindset problem Transfer news and rumours LIVE: Dembele wants scenery change Gary Neville says Mikel Arteta is 'flip-flopping between doing a good job and being under-pressure' after Everton defeat... but blames Arsenal's senior players and lack of 'characters' Gary Neville blasts 'arrogant' Premier League chiefs for their 'hostile language' after comparing recommendations for an independent regulator and a transfer tax to living in China or North Korea

Striker Adamu is rated as one of Europe’s most promising emerging forwards and attracting mounting interest.

French side Monaco and a number of Bundesliga sides are also tracking the 20 year-old. 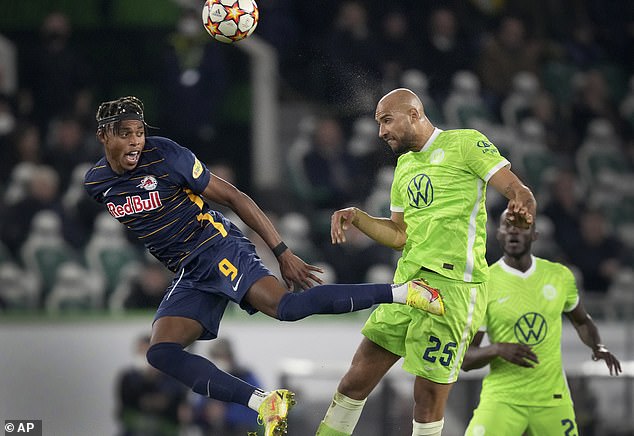 He spent the second half of last season on loan at Swiss side FC Gallen, netting eight goals in 18 games and has returned to Salzburg this season.

The Austrians are top of both their domestic league and Champions League group with £15m-rated Adamu contributing four goals and an assist in his 19 appearances so far, six of which have been starts. 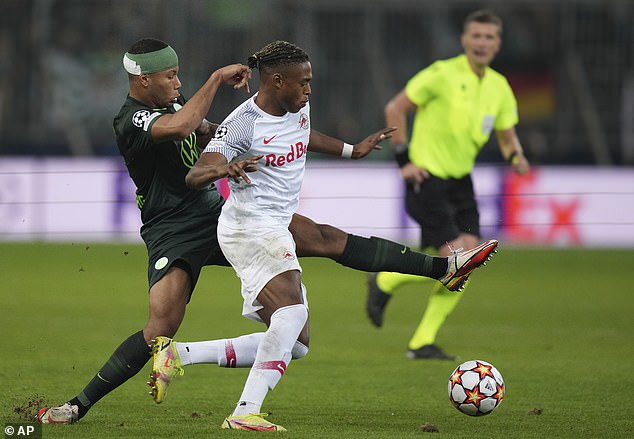 As well as alerting a number of clubs including Southampton, Adamu’s progress has also put him at the centre of a tug-of-war at international level.

He has featured and been prolific for Austria at youth level, playing for their under 18s through to under-21s.

But he was born in Nigeria who are keen to call Adamu up for their senior squad ahead of the Africa Cup of Nations early next year.