Players from Arsenal and FC Zurich observed a minute's silence at half-time during Thursday's Europa League clash following the news of Her Majesty The Queen's death.

Silences were also held prior to kick off at Manchester United and West Ham in their European ties against Real Sociedad and FCSB respectively.

Erik ten Hag's team donned black armbands for their game, with the United manager also wearing one over the top of his suit. 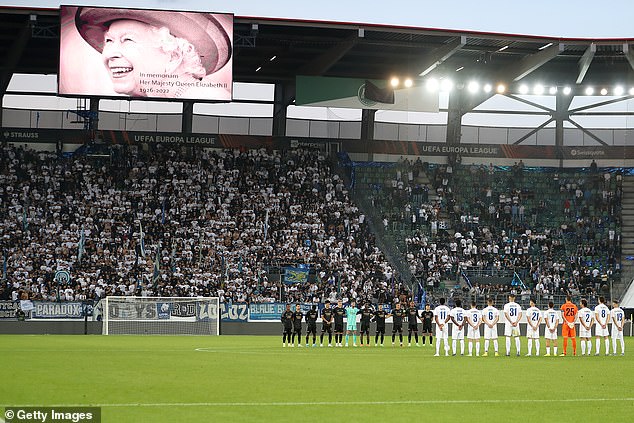 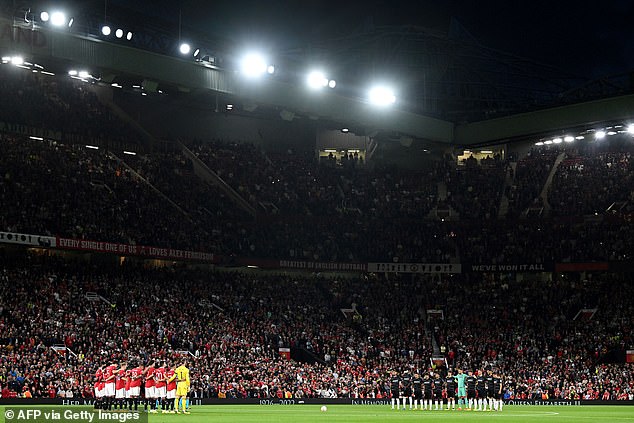 Digital advertising hoardings were switched off, and no pre-match music was played as a sign of respect at Old Trafford.

In Arsenal's Europa league win, the start of the second-half was delayed, and players from both teams met in the centre circle on the restart to pay respects following the passing.

Prior to the restart, BT Sport presenter Matt Smith provided a heartfelt tribute to the Queen.

He said: 'We have some terribly sad news to bring you. Everyone at BT Sport is extremely saddened by the passing of Her Majesty The Queen.

'A lifetime of public service leaves us with an enormous debt of gratitude. Our sympathies and condolences are with the Royal Family at this time.' 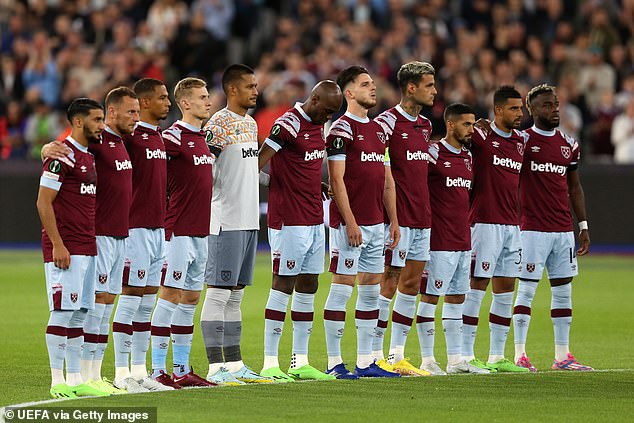 'Arsenal is my dream destination': Wolfsburg striker Jonas Wind reveals the Gunners are his 'favourite club' as he hints at a future move and calls the Premier League the 'best in the world'

'We had numerous chances and didn't score enough': Mikel Arteta bemoans a wasteful afternoon for Arsenal's forwards at Old Trafford but insists his Gunners were better side in defeat by Man United