Barcelona and Atletico Madrid are reportedly close to reaching an agreement on the permanent transfer of Antoine Griezmann for a reduced price of £22million.

The France striker, 31, has been left frustrated this season by a clause in his loan deal at Atletico that restricts him to substitute appearances after the 60th minute.

Atletico were obliged to pay Barcelona £35m should Griezmann play in 50 per cent of their game time during his two-year loan spell with them. 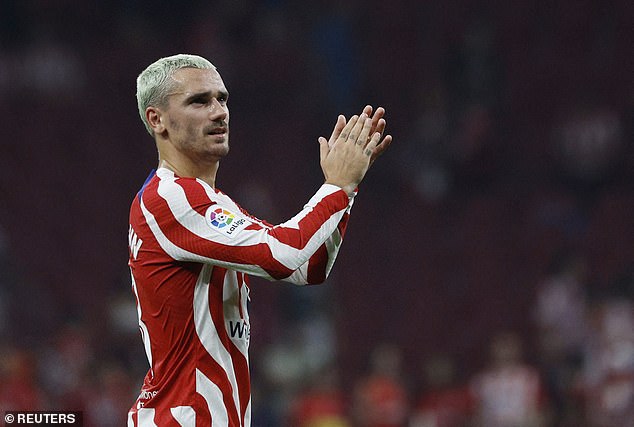 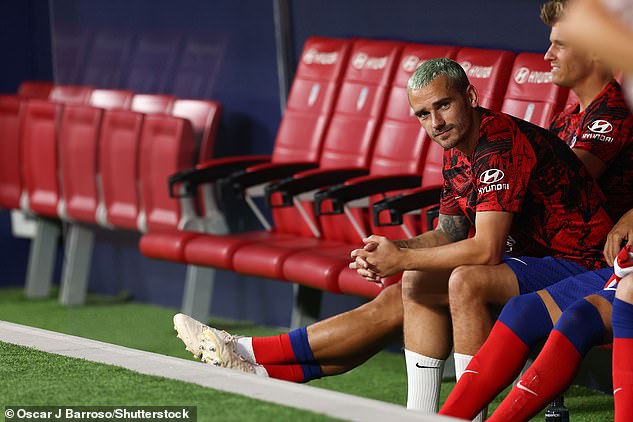 Griezmann has started every game on the bench this season, with Diego Simeone typically only introducing him after the 60th minute to avoid triggering a £35m transfer fee

Coach Diego Simeone strongly hinted he was under instructions from the Atletico hierarchy to limit Griezmann's game time so the club wasn't liable for the payment.

Barcelona, meanwhile, were reportedly preparing legal action as they felt they were already owed the money.

However, according to L'Equipe, a compromise may have been reached that will see Atletico pay Barcelona a lower fee to sign Griezmann and end the farce of his substitute appearances.

The French newspaper reports that negotiations should be concluded during the upcoming international break and will come as a great relief for the player, who wants to nail down a spot in France's World Cup squad.

Griezmann has a good relationship with Simeone and has proven his quality by scoring three goals after being introducing just after the hour mark in games so far this season. 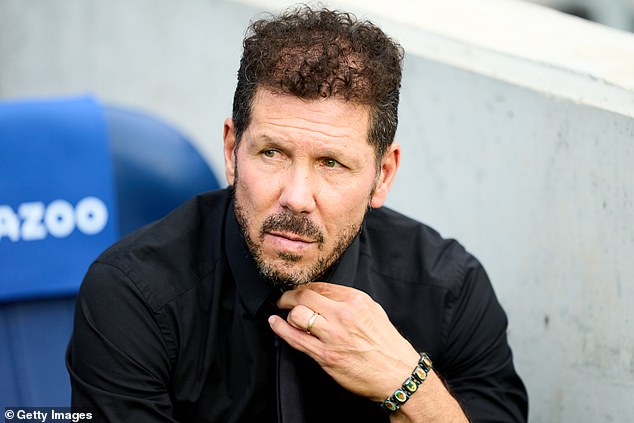 He netted in the 3-0 win over Getafe that opened Atletico's LaLiga campaign and scored the winner at Valencia last month.

Griezmann was also on target against Porto in the Champions League last week, as Atletico won 2-1 thanks to his stoppage-time winner.

The reported breakthrough in talks comes amid strained tensions between Barcelona and Atletico, who only communicate with one another through the player's lawyer Sevan Karian, who has assumed the role of mediator.

He attended last week's win over Porto with Griezmann's father and sister, with talks held with the Atletico management to thrash out a solution. 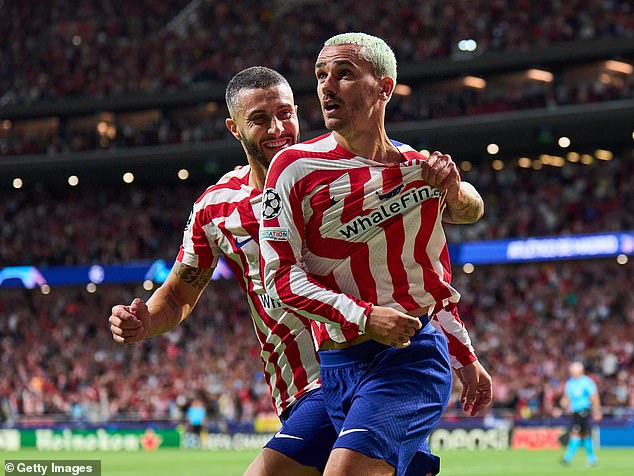 The 31-year-old striker has scored three goals so far this season, including against Porto

Cash-strapped Barcelona had stubbornly dug their heels in to try for the full £35m but are apparently now happy to take a reduced fee to offload the striker.

Griezmann may be forced to make a couple more substitute appearances in Tuesday night's Champions League game with Bayer Leverkusen in Germany and Sunday's Madrid derby with Real.

But once he returns from the internationals, Simeone should be able to play him from the start, to everyone's satisfaction.

Jules Kounde in danger of missing the Clasico