Shaw has played at the heart of United’s defence for the first time in the last two games against Wolves and Nottingham Forest as Erik ten Hag’s side kept clean sheets in both victories.

The United manager paired Shaw with Raphael Varane in the absence of Lisandro Martinez because Maguire and Victor Lindelof were ill, and he says the England left-back has seized his opportunity. 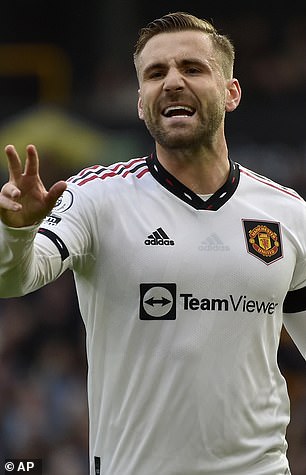 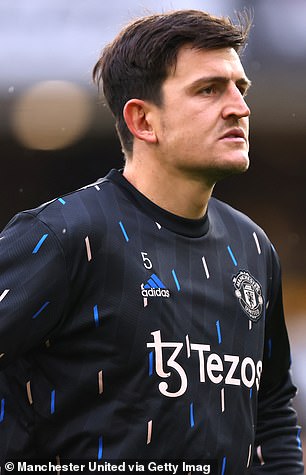 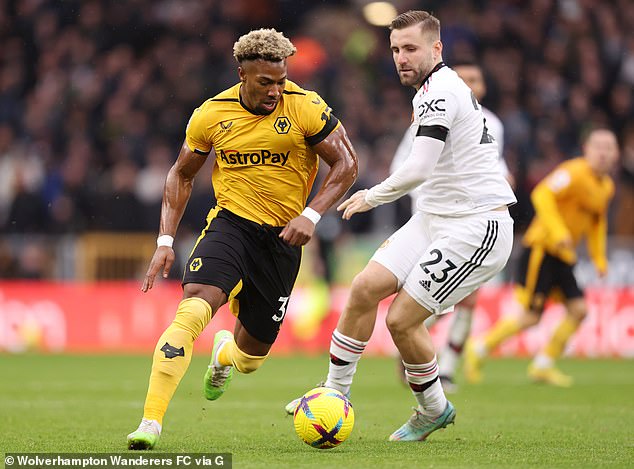 Maguire was still fit enough to come on as a late substitute in both games, suggesting Ten Hag’s decision was also tactical.

Martinez is set to return to the United squad against Bournemouth at Old Trafford on Tuesday night following Argentina’s World Cup triumph, and will be the first-choice partner for Varane.

But asked if Shaw is now a long-term option to play in central defence, Ten Hag replied: ‘Of course. You have your ideas and a plan, but sometimes it changes by circumstances like the illnesses for Harry and Victor.

‘Normally, they start in the games we have just played, but Casemiro did well as a centre-half (in the Carabao Cup against Burnley) and then Luke Shaw did very well against Nottingham Forest. 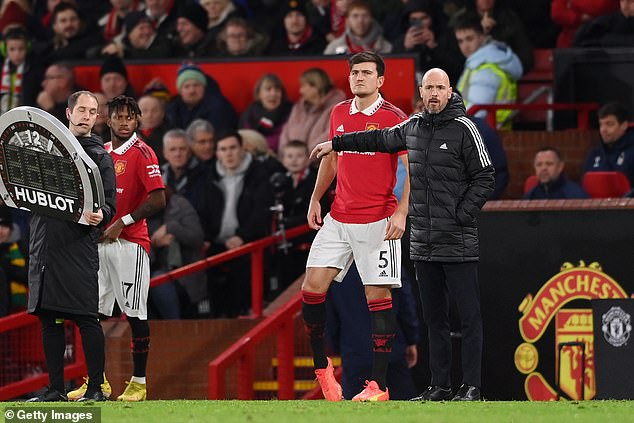 ‘We have seen the last two games he has been fabulous. He has impressed but, of course, we also know he is really good as a left full-back. It’s an extra option and that’s always good for a team.

‘If you look at the game plan and the way we had to approach Wolves, and I thought it was the best match with Rapha and Luke. Especially we knew the speed of Wolves from the right side and we could cover that.’

Maguire faces more competition than ever to regain a first-team place at United. Varane, Martinez and Lindelof are already ahead of the England defender in the pecking order, and Shaw would now appear to be another obstacle for the 29-year-old.

United face a big decision over their captain in the summer when he will still have two years left on his £190,000-a-week contract.

Given Maguire’s age and salary, United are unlikely to recoup even half the £80million paid to Leicester City for him in the summer of 2019. 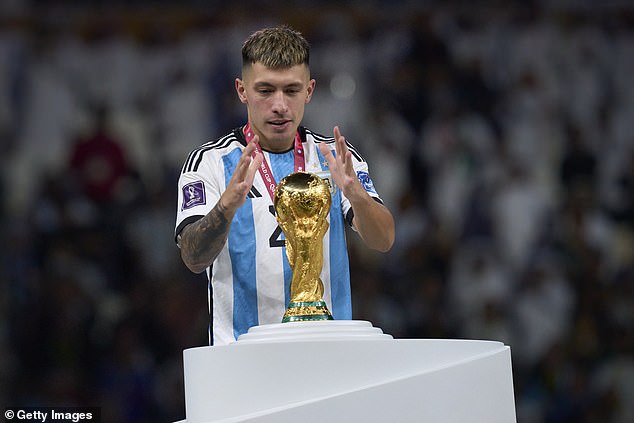 But, with Lisandro Martinez coming back, Maguire's opportunities will be even less frequent

It’s unlikely that he will leave Old Trafford in the January transfer window due to the lack of options available and the fact that Ten Hag still needs depth in his squad.

But Maguire needs to be more than a squad player at this stage of his career, and former United and England defender Rio Ferdinand believes he should be looking to leave.

‘It raised eyebrows when you saw Lindelof and Maguire on the bench,’ said Ferdinand. ‘It shows what Ten Hag thinks of those two guys!

‘If I'm Harry Maguire, I'm looking for a new club right now. He's faultless for England. At Man United, it hasn't worked out for him.

‘This new manager is showing him he's not going to be one of the top two centre-backs. I'd be telling my agent to go and find me a new club where I can play regularly and enjoy my football.’