Brighton troll Man Utd after impressive win Bournemouth manager Scott Parker reinforced his need for new recruits despite victory over Aston Villa in season opener... while Steven Gerrard faces a number of questions regarding his squad SPORTS AGENDA: Shock as the BBC axes its football results service at 5pm… while Pied Piper Benni McCarthy is a popular addition to Manchester United's coaching staff  CHRIS SUTTON: Aleksandar Mitrovic is two-thirds of the way towards matching his Premier League goal tally from two years ago... if he can bully defenders like he did Virgil van Dijk, he'll emerge a goal-scoring machine for Fulham CRAIG HOPE: Careless in possession and anaemic in attack, Nottingham Forest didn't look like a Premier League outfit in defeat at Newcastle (despite spending £85m on 12 new players)

Manchester City executive who worked in club's hospitality arm stole more than £100,000 from the club after transferring refunds to her own bank account

A Manchester City executive who cheated the club out of over £100,000 will have a court psychiatric report before she is sentenced - but has been warned 'all options are open'.

Fiona Barclay, 33, who was a business development manager for the Premier League champions, is understood to have worked in the club's hospitality arm.

She transferred refunds due to others and also dishonestly used a client's bank details between June 2019 and February 2021.

Barclay, who was later suspended and sacked by City, today appeared at Minshull Street Crown Court, in Manchester, where she was due to be sentenced after she admitted fraud by abuse of position at an earlier hearing - with the total cost of the fraud £104,374.

But the judge Recorder Geoffrey Lowe said it was necessary to obtain a psychiatric report.

Barclays claims the fraud was a 'coping mechanism' as a result of her mental health issues, the court heard, and she's since received treatment at the Priory clinic. 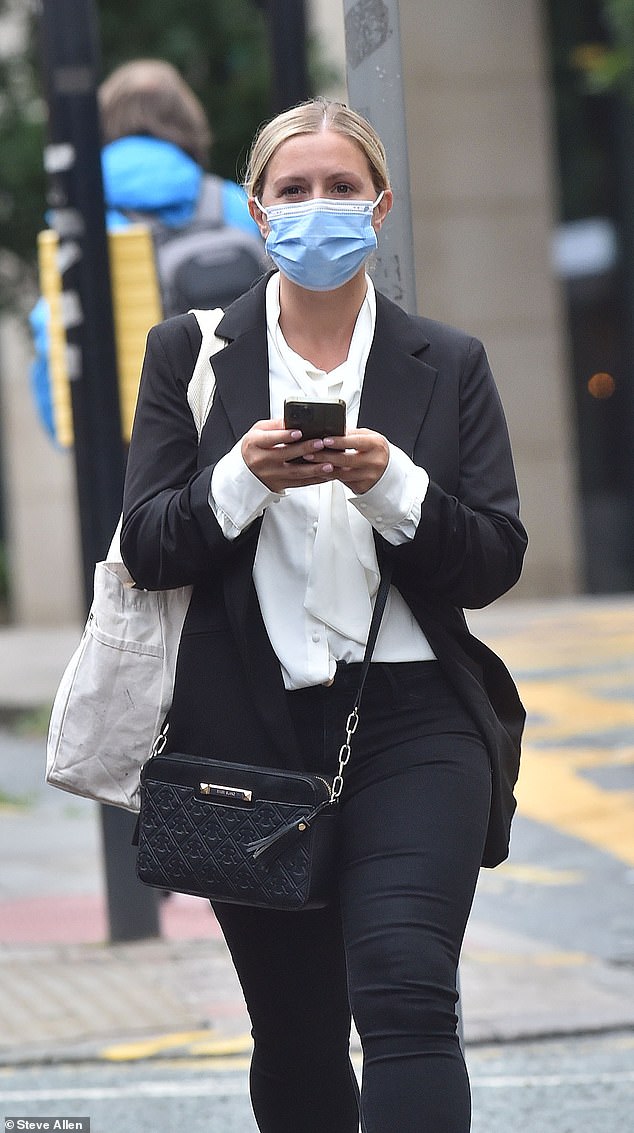 Fiona Barclay, 33, was a business development manager for Manchester City during the fraud 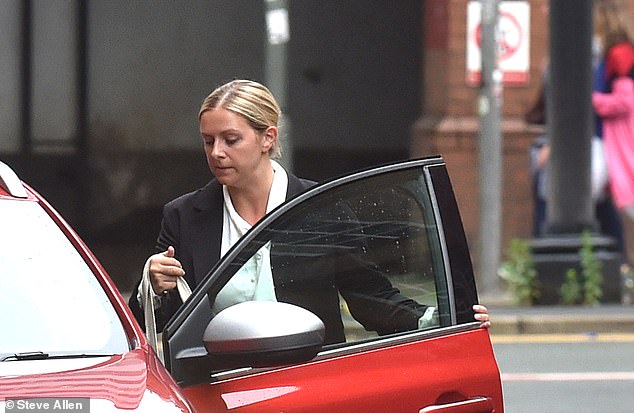 Barclay admitted fraud by abuse of position- with the total cost of fraud £104,374 to the club

The court also heard that she was 'in the early stages' of pregnancy.

Recorder Lowe said the court would be 'greatly assisted' by a report from an expert before passing sentence.

But he told Barclay, who cried in the dock, that an adjournment didn't necessarily mean she'd be spared a custodial sentence. 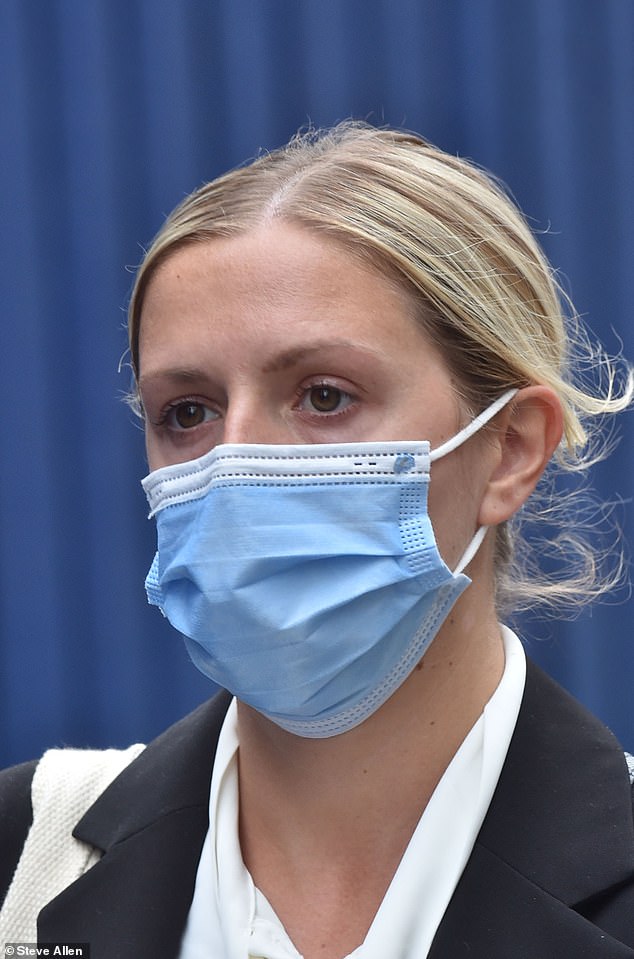 'All sentencing options are open,' he said.

'By putting this case back it doesn't mean there won't be a custodial sentence.'

The judge adjourned sentencing and bailed Barclay, from Falkirk, Scotland, for sentencing at Manchester Crown Court on September 21.

A City spokesperson said: 'Fiona Barclay was suspended immediately and subsequently dismissed when evidence of her fraud was uncovered.

Manchester City reported the matter to the police and have supported them fully in their investigations. No clients have suffered a loss as a result of Ms Barclay's fraud.'

Has Wesley Fofana revealed he IS going to join Chelsea? French defender removes Leicester from Twitter bio, posts cryptic Instagram message, then likes and un-likes tweets linking him with Stamford Bridge move as Blues close in on £85m star

Monaco are pushing hardest for Chelsea defender Malang Sarr, with the French club aiming to snap up the centre back ahead of newly promoted Premier League side Fulham